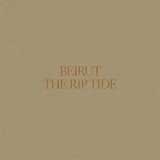 Beirut is a band that shouldn’t make sense but does. Like a handsome, rich guy you want to hate but who turns out to be way friendlier and funnier than he needs to be, Beirut leader Zach Condon has a way of fusing French cabaret-feeling sounds with a bit of ’80s New Romantic yearning and an indie popper’s disinterest in doing anything that could ever be used on “American Idol” that goes down as smoothly as a sip of Booker’s on an early January evening. As tempting as it is to want to dismiss his youthful, heroin-free Chet Baker meets late ’60s Scott Walker-minus-the-angst groove, Condon has a way with a melody that makes one feel good all over. And then, because he can, it’s over in 30 minutes, even though he hasn’t made an album in four years (but has had time for modeling gigs — when I mentioned that I had the disc, the four straight women near me all asked to hear it). The new tunes don’t break any new ground, but they sure are pleasing.