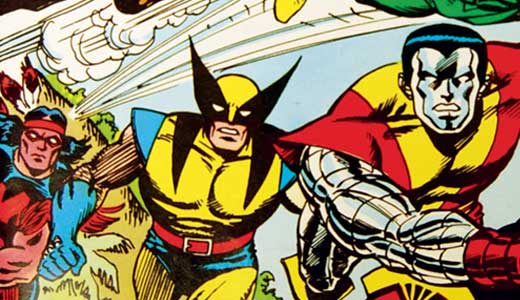 Intense, epic, unapologetic — these are just some of the words used to describe The Men. Four men from Brooklyn, talented songwriters with a commitment to pure, uncommercialized music — these guys know how to rock, sticks and fingers flying furiously in a hardcore punk’d-out frenzy, whether in a crowded basement or on a club stage. Pitchfork gave their latest album, Leave Home, a solid 8.2, declaring, “You’d be hard-pressed to find a purer, no-bullshit, serious-as-a-heart-attack rock record released this year.” The Men are a post-post-punk group that won’t do what you might expect, inspired by disparate sources such as Black Flag, My Bloody Valentine and Suicide. Pussy Kontrol and Tropical Trash open the evening, which will surely be “black tie optional.” —Peter Berkowitz & Jennifer Harlan

I’m still waiting for your answer … is a line that was spoken hundreds of times over the weekend. Here in town, 39 film crews were tasked with rolling this phrase into a short film. Additional constraints included a mandatory character (Eric or Erin Robby, photographer), prop (a passport), and a genre drawn completely at random. Oh, and the teams only had two days to complete their four- to seven-minute films! Louisville is one of 80 cities that participate in the 48-Hour Film Project, which boasted 40,000 filmmakers and 3,000 shorts in 2010. The results of this year’s cinematic leg race will be screened at Village 8 this week, with a “Best of” program on Saturday at 7 and 9 p.m. —J. Christian Walsh

This is not your grandmother’s bingo. After a huge success in February, Louisville Youth Group and The Connection are bringing back the outrageous Drag Queen Bingo night. “Typical bingo rules apply, but that’s all that is typical about DQ Bingo,” says LYG director Donald Taylor. Get ready for a spectacular evening of divas as the fabulous Hurricane Summers and Terri Vanessa Coleman call out the B-12s and G-67s, and try your luck to win gift certificates to local restaurants, boutiques and more. LYG is a community grassroots organization that supports LGBTQ teens, providing them with a safe space, support system and other resources. With Drag Queen Bingo, Taylor says, “We hope to bring the community together in a fun and laughter-filled evening … to demonstrate to our youth that there is a large network of people they may never see who are invested in their success.” —Jennifer Harlan

Ampline has something to say. The band departs from their solely instrumental beginnings on their latest album, You Will Be Buried Here, and their newest songs form “a narrative of death, decay, invention and ‘progress’” that explores everything from mine collapses to theology. The group’s intricate mix of guitar, bass and drums ripples with contagious energy, the music no less complex or innovative for the addition of lyrics. Independent Clauses’ Stephen Carrandini describes the Cincinnati-based band: “Ampline plays the type of music that makes genres irrelevant. (You Will Be Buried Here) crams 17 tracks of rock, punk, post-rock, post-punk, indie-pop, folk and more into 43 minutes. To say that it defies classification is like saying Picasso is a painter. It just doesn’t do the phrase justice. Ampline plays music, and they do it brilliantly.” OK then. —Jennifer Harlan

Once a Renaissance man in Russia, Misha Feigin came to America two decades ago and soon thereafter began to have an impact on the musical and written arts scenes on this side of the world. We’ve been able to call him one of Louisville’s own for many years now, and he’ll be coming to Second Story Books for a reading/signing of his new poetry collection, “Abraham’s Bagel.” One of the delights in reading Feigin is to imagine the charming and contemplative rhythms of his lines and stanzas as if they were riffs and runs made on his guitar strings. When you’ve got the man in person, that experience should be thoroughly enhanced and make for a memorable summer evening. —T.E. Lyons

My friends and I spent most of our time at the St. Agnes church picnic trying to pick out which awkward tween was most like us in our not-so-glory days. Lucky for us, there should be even more of a selection this weekend at the St. Joseph Orphans’ Picnic, along with the church pic staples like winning cakes, stuffed animals, candy, inflatable monkeys and houseplants. St. Joe’s is Louisville’s largest picnic, and this year marks its 162nd year. (That’s a lot of cakes.) There will be a kickoff concert Friday night (5-10 p.m.) featuring the Midlife Crisis Band and the Epics. So if you’re young and you see me pointing at you, just know that things get better, and better is relative. —Sara Havens

Ashleigh Bills wanted to raise awareness about the often-misdiagnosed ocular cancer, which she lost her grandma to a decade ago, so she’s put together this night ride to benefit the nonprofit Prevent Blindness America’s Kentucky division. The leisurely 9-mile ride starts and ends at Saints, and there will be live music at an after-party following the trek. “This isn’t a normal ride,” Bills says. “I wanted it to be fun for casual riders, commuters and just bicycling enthusiasts. Bikes, beers, bands — who couldn’t have a good time with those three things?” As for the title of her event, an homage to her favorite ‘80s TV series, Bills says: “I do expect David Hasselhoff to show up … riding a bicycle made of unicorns and his own chest hair. It will be glorious.” —Sara Havens

Reid Norris likes to create problems. The artist/writer thrives on the not-easily-reconcilable differences between visual art and fiction, using the excitement and frustration that arise from this “problem” to fuel his art. His latest exhibit, “What To Do When You Find Yourself on the Ground,” explores language and storytelling from a visual perspective. Huge swaths of color, from earthy goldenrod to gunmetal grey, form a rich narrative patchwork that reflects Norris’ experiences living on the Mississippi. His artist statement is full of contradictions, exploring emptiness, nothingness and the hope of the frontier. In one painting, “Believers,” two canvases are covered in a dark storm of textures and light, slashed by ominous yet bold streaks of solid color. “For storytelling to be alive in contemporary art, it must constantly call its own reasons into question,” Reid says. “‘Believers’ initiates a conversation about culpability and devotion, doubt and hope.” —Jennifer Harlan

I once heard butterflies described as “flying stained glass.” The huge, gorgeous insects that are monarchs really fit that description, so much so that the Arts Council of Southern Indiana decided to showcase the monarch butterfly in a garden and exhibition.

Monarch butterflies fly south for the winter, just like birds, covering up to 3,000 miles. To give them a resting place during this annual trip, the Arts Council created a Monarch Way Station on their property in New Albany, complete with milkweed plants, their dietary staple. The “Beyond Borders” exhibition is indoors as well as out in the garden, and the 18 artists include local favorites such as Al Nelson, Jan Sowder and Bryan Holden. —Jo Anne Triplett

The Bodega at Felice

Erin Fitzgerald is a man of few words. Like most visual artists, he lets his art do the talking for him. Apparently, he has a lot to say. His art covers so much territory that I once told him I didn’t know how concepts so broad could go together. I’m learning; it helps that “Transcending Boundaries,” his first solo exhibition, shows how his “alchemical” process works. The show features 18 mixed-media pieces that are “about the joining of opposites and the rites of passage concerned with the amalgamation,” he says. He rolls together symbolism, surrealism, arts and crafts, and architecture to create “organic machines.” The focus is on the changes that happen on a personal and social level. —Jo Anne Triplett

“Aspiring sincerely to an international peace based on justice and order, the Japanese people forever renounce war as a sovereign right of the nation.” So reads Article 9 of the Japanese Constitution. Enacted in 1947, this law, the Peace Clause, is a quintessential representation of the changes in Japanese culture following the destruction of World War II. In 2008, photographer Ash Kyrie participated in a memorial peace walk from Hiroshima to Tokyo to commemorate the devastation of the bomb and raise awareness for the article that emerged from its aftermath. “Kempo Kujo: Supporters of Article 9, the Japanese Peace Constitution” consists of portraits taken during that 1,000-mile walk, documenting the faces of contemporary Japan and the shifting generations supporting the peace cause. The exhibit — which explores relationships between individuals, nature, society and tradition in Japan — is another reminder that we must learn from and never forget our past. —Jennifer Harlan

Best collection ever! Well, probably not — collectors don’t have that reputation for nothing, and the time and effort it took for Dick Wilson to collect 2,000 classic books surely pales when compared to other, more avid collectors. Dick and his wife, Ardi, a philanthropy veteran, are donating so as “to encourage other meaningful gifts … and to preserve comics from the dangers of parents cleaning out rooms and attics and losing them forever.” Superman? Yes. Donald Duck? Indeed. Howard the Duck? Him, too! Man-Thing? Wait, you don’t know who Man-Thing is? In a statement, Dick says, “I know this is not nuclear science, but it really does represent an art and reading form that is meaningful to a broad swath of this community.” The collection will be on display for the next two months; just don’t ask if you can read his “broad swath.” —Peter Berkowitz