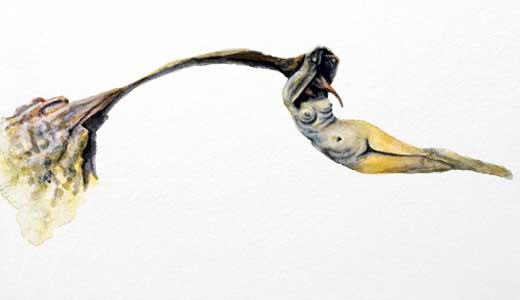 His caustic wit is timeless. His sly observations and carefully constructed punch lines ring vaguely familiar to the classics — Carlin, Pryor and Cosby. Mike Brody is one of the most promising acts in America today. The comedy from this Iowa native mixes a Midwest sensibility with the analytical snark of a big city. This mix brought him to the “Bob and Tom” radio show and to sharing stages with some of the legends of modern stand-up — guys like Dave Attell, Doug Stanhope and Doug Benson. This weekend, Louisville will have the opportunity to check out Brody when he stops at the Comedy Caravan. Shannon Thompson and Chris Crowder open. —Brent Owen

With endless humid days and 116-degree heat indexes, summer in the city can be pretty miserable. But, as the Lovin’ Spoonful says, At night, it’s a different world, go out and find a girl, come on, come on and dance all night, despite the heat, it’ll be all right. La Casita Center invites you to do just that at their sizzling Summer Salsa Night fundraiser. The (well air-conditioned) Green Building plays host to this summery fiesta, complete with scrumptious appetizers and a bar stocked with icy cold mojitos and margaritas. So put on your dancing shoes, and come strut your stuff to the beat of Cosa Seria and Appalatin. For you salsa newbies, there will be free dancing lessons. The dance and silent auction benefit La Casita, a local aid organization working to improve the quality of life for Latino families and their communities. —Jennifer Harlan

Coming down from Toronto, Greys have been making the most of the solid reception for their debut release, the EP Ultra Sorta. They keep their noises twisting but show plenty of discipline in what can be wrung out of three minutes. The drums might run off the rails with planned stumbles — and at the opposite end of the spectrum, the guitars sometimes twin up for a just-sweetened-enough excuse for a melodic break. But despite the recurring threads of math rock, and even whispers of progressive patterns, this quartet artistically keeps its back to the same wall that was first pissed on by the indie-punk legends of the ‘80s. No wonder it’s said they can do a killer Fugazi cover (which might sneak into their set at The Rudyard Kipling). —T.E. Lyons

What’s it all mean, William? So, like, there’s this other planet that’s not Earth, but it is, but not really, and, supposedly, my other me is there, and if I traveled to Earth 2, I could, like, see me, the other me, and ask it all about me … But, what if Earth 2 is really Earth 1? What if I’m the copy of the other me? What if all the crap I worry about all day has already been acted out on the other Earth? Should I stop paying my taxes? Do I bother with my dentist appointment later? I mean, it’s all been determined already by Me 2 anyway, right? I mean, Me 1 … wait, which one am I again? William Mapother, star of “Another Earth,” will hold Q&As after the 7:40 p.m. showings this weekend. —J. Christian Walsh

Pop-up art show — the term calls to mind jack-in-the-boxes or beloved childhood books. Amy Lemaire, however, defines it as “a temporary art show that is only on view for a short period of time and may not be in a traditional gallery setting.” She and partner Laura Blair have organized one of these artistic one-night-stands to raise funds for the Louisville Visual Arts Association’s Open Doors program and to highlight the similarities between Louisville and Lemaire’s native Brooklyn. “Brooklyn’s local art scene has many similarities with Louisville’s (most notably the DIY segment of the population), and maintaining communication with artists in other cities with similar concerns could help provide solutions to some of these shared issues,” she says. In keeping with this collaborative spirit, the pieces in the show are all interactive, from video installations to colorful 3-D paintings. —Jennifer Harlan

Opening her own gallery has been a dream for Paula Weyler for more than 15 years. Co-owner of Revelry Boutique-Gallery, Weyler celebrates a full year of business on Saturday with two exhibitions, one of which is especially significant to her. “I always wanted a store like this, but the vision really became clear in college,” says Weyler, who graduated from Bellarmine in 2003. During her first year there, she met artist Bob Lockhart, a professor who became an inspiration and mentor. “Bob taught me to see opportunities everywhere,” she says. “‘Mistake’ was a word that was never allowed in his classes.” Lockhart joins Mike Maydak, whose art was featured at Revelry’s grand opening, as the featured artists this month at the gallery. Saturday is the official kickoff celebration. —Sara Havens

Kyle Melton loves the Beatles. When asked about the British icons’ influence on his music, he says, “That stuff is DNA for me at this point … If you aren’t holding yourself up to the highest standard, then what’s the point?” While Melton and the Dayton-based Smug Brothers may hold the famous foursome as their gold standard, their own music seems to echo a newer wave of Britishmania, with tinges of the Clash and early Who permeating their infectious pop beats. Catchy hooks and strong songwriting make them a band to drool over, and their passion for indie rock comes through on infectious tunes like “Build Your Collections” and “Striking Relative Humor.” While the band enjoys experimenting with recording and studio-based projects, they’ve transitioned into a great live band in recent years. Playing with them are locals The Fervor and Good Girl. —Jennifer Harlan

Big Hang, Louisville’s top and quite possibly only Elvis (Presley, not Costello) tribute band, will dust off the jumpsuit and lip-curl Saturday at ZaZoo’s in St. Matthews. Not your typical impersonation act, Big Hang describes itself as “part Memphis, part Vegas, part Ramones” — which actually sounds pretty intriguing. Big Hang will be taking care of business on tunes ranging from “Blue Moon of Kentucky” to “Viva Las Vegas”; rumor has it female fans of the band have been known to show up dressed as Priscilla and even use their panties as projectiles to impress the King. Johnny “Cash” Asher, another tribute act, will start things off. We should assume he will be dressed in black. —Kevin Gibson

Just when you think you know somebody … David Schuster is best known for his strong representational work of people, places and things. But in “Emergent Properties,” his first exhibition of abstract works, he’s done a U-turn back to his first love. Who knew that hidden under his cloak of realism there beat a heart full of abstraction? Another person highlighted in the gallery is multi-media artist Rachel Meuler, a Louisvillian living in New York City. “The Saga of the Fuyapasa” focuses on her exploration of modern culture. And congratulations to Ezra Kellerman, who just got hired at the Kentucky School of Art. Best known as a sculptor, his show “I Know What I Saw” features paintings with “imagery that is far too eclectic to be considered pop,” according to gallery owner Tim Faulkner. —Jo Anne Triplett

‘Quilts from Kentucky and Beyond’

Quilt lovers, this is your moment. Not only is the Speed Art Museum showing the Bingham-Miller family’s collection, but there’s a documentary by quilt expert Shelly Zegart now available. The exhibition features 39 American quilts from the 1830s-1940s. Many are Kentucky-made, but there is also a small selection of Amish and Mennonite quilts from Ohio and Pennsylvania. Zegart was the Millers’ advisor and helped build the collection.

“Why Quilts Matter: History, Art & Politics” is a nine-part documentary series that will be shown on PBS in September, with the DVD set available this month. But you don’t have to wait to get a taste of it — Zegart is showing one of the episodes at the Speed on Sunday, Aug. 21, at 2 p.m. —Jo Anne Triplett