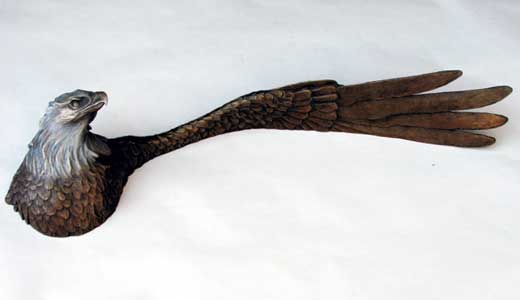 One of the more popular solo artists to hit Louisville in the past decade is doing what many have done before her — leaving Louisville for a bigger city. But it’s not Nashville or Austin, the obvious choices; no, she’s moving to Edinburgh, Scotland. The multi-talented musician and songwriter has developed a following in the earlier, less successful version of the U.S. known as the U.K., and her husband is entering a master’s program there. The pair plan to return, but after spending all that time mastering a Paltrow-esque accent, why bother? To bid Louisville adieu, Kaelin has assembled an evening with friends that encompasses some of her many abilities — country, folk, cabaret, ragtime and, hopefully, her rendition of “Somewhere Over the Rainbow” played on a saw. We hope she has fun but returns soon. —Peter Berkowitz

Brew at the Zoo & Wine Too

It’s been suggested that people who don’t like animals can’t be trusted. I’ve actually heard The Bar Belle say the same thing about people who don’t like beer. And while I don’t endorse such sweeping generalizations, I’m a huge fan of both and don’t understand how anyone could disparage icy cold beer or animals (I mean, polar bears are indisputably cute, even if they will eat your face). The Louisville Zoo is offering a chance to enjoy both this weekend at the eighth annual Brew at the Zoo & Wine Too.

Dozens of regional breweries and winemakers will offer tastings, and local restaurants will provide fare to nosh on while you imbibe among the wildlife. Tickets for the 21-and-up event also include an official tasting mug, live music by disco cover band 100% Poly, and a variety of games fit for tipsy adults. All proceeds will benefit the zoo’s new Glacier Run bear habitat. —Sarah Kelley

Organizers are billing the upcoming CONNECT fundraiser as “a nighttime collision of art, music, science and technology” that invites participants to “experiment, play, dance and dream … participate in the madness or simply enjoy the sights and sounds.” This multimedia benefit combines music, art, food and more, all under the starlit skies of Bernheim Forest’s majestic arboretum. Sponsor Jim Beam is offering a free bourbon tasting, and six bands, including experimental jazz artist Jason Ajemian and local singer-songwriter Cheyenne Marie Mize, will perform on the two stages. The visual portion of the event involves kinetic ice sculptures (you’ll have to check it out in person to find out what that means), and the Louisville Science Center will have solar bugs and balloons for the kids. Plus, there will be food and beer galore. —Jennifer Harlan

A heck of a way to start the season! The No.1-ranked University of Louisville men’s soccer team opens its 2011 season Saturday at Cardinal Park against No. 2 UCLA. The match is being promoted as a “White Out” for fans. The Cardinals, coached by Ken Lolla and led by All-Americans Colin Rolfe and Austin Berry, finished 20-1-3 last season, including a Big East championship and a runner-up finish to Akron in the NCAA tournament final. UCLA lost to Louisville in the NCAA semifinals. The Bruins return passing sensation Kelyn Rowe. Rolfe, Berry and Rowe are all candidates for the Hermann Trophy, the top individual honor in collegiate soccer. —Bill Doolittle

If you swell with hometown pride when familiar streets appear on the big screen, the locally made feature “The Last Summer” may be up your alley. The picture hits plenty of recognizable locations in our untapped filmsetting of a town, from ear X-tacy to the Louisville Skate Park. Director Jason Saint says the film blends the raunchy comedy of “American Pie” with the heart of “St. Elmo’s Fire.” It follows a group of longtime buds who have spent their summers raging together. Now on the verge of adulthood, these recent post-grads must come to terms with having just one more summer to savor their youth. The upcoming premiere will headline a night of live music, raffles and pizza, with appearances by the Derby City Roller Girls and Ohio Valley Wrestling Superstars. —J. Christian Walsh

We learned two things from 1989’s “Road House”: Patrick Swayze can kick drunken ass, and bouncers are people, too. “All you have to do is follow three simple rules,” he says in one of the film’s numerous monologues. “One, never underestimate your opponent. Expect the unexpected. Two, take it outside. Never start anything inside the bar unless it’s absolutely necessary. And three, be nice.” Swayze plays Dalton, a badass bouncer hired to clean up the riffraff in a Jasper, Mo., bar — the infamous Double Deuce. Along the way, he falls in love with a doctor and lands on the bad side of the town’s villain. Revisit the ass-kickin’ on the big screen at Saturday night’s “Midnights at Baxter” screening. And remember: Nobody ever wins a fight. —Sara Havens

How does she do it? To the casual ear, Gillian Welch’s folk/country songs can seem painfully earnest. Her voice doesn’t infuse a lot of character for its own sake. And the bluegrass/gospel-flavored arrangements she fashions with partner Dave Rawlings could be considered stark — or you might think of them as thin. But any close look shows that the work of Welch and Rawlings, as both songwriters and performers, remains as gripping as ever. This is a collaboration that achieves an intense intimacy with surprising ease. The Harrow & The Harvest, the first new music under Welch’s name in many years, pulls you into its varied shades of sorrow and hope. That’s a feat Welch and Rawlings should be expected to repeat when they come to the Brown Theatre. —T.E. Lyons

A descendent of music royalty (son of Steve Earle, named after Townes Van Zandt and, legend has it, conceived in the musty palace that is Nashville’s most notorious dive bar, Springwater), it shouldn’t come as a surprise that Justin Townes Earle makes some damn fine music. His latest album, Harlem River Blues, is a timeless mix of twang and gospel. The haunting railroad ballad “Workin’ for the MTA” begs for the repeat button. As an NPR reviewer aptly said, the song would “make (Woodie) Guthrie proud.” Sadly, Earle’s music isn’t the sole reason he’s vaulted into the spotlight. Last September, he had to cancel an appearance in Louisville after being charged with assault for allegedly punching the owner of an Indianapolis venue. Let’s cross our fingers that, leading up to Tuesday, Earle keeps his hands on his guitar, temper in check. —Anne Marshall

Actors Theatre celebrates the 200th anniversary of Jane Austen’s first novel, “Sense & Sensibility,” with founding artistic director Jon Jory’s adaptation of the classic comic tale of romance and redemption. The Dashwood sisters, Elinor and Marianne, find themselves left in “reduced circumstances” (that’s British for broke) after their father dies and his estate passes to their half-brother. With their mother and little sister, they hole up in genteel poverty in the country and try to make the best of their reduced marriage prospects, and of course shenanigans ensue thanks to their wildly divergent approaches to love and romance. Jory’s 2008 production of “Pride & Prejudice” at Actors was a delightful success, which bodes well for this adaptation. If your only exposure to this particular Austen is the Ben H. Winters parody “Sense and Sensibility and Sea Monsters,” you might want to see how things play out without the interference of the Devonshire Fang-Beast. —Erin Keane

You can stir cream into your coffee, but how do you stir art? Don’t have to — it stirs you. The premise of “STIRRING” is to make us think. Denise Burge’s series “Procession of the Great Destroyer” features that hell-in-a-hand-basket feeling that was the 2004 presidential election. Putting all that emotion into a quilt, she combined politics with biblical narrative to produce an apocalyptic story. You can’t miss Matt Dobson’s work on size alone. In his installation, we’re privy to the conversations of plywood people, saying such things as, “You should keep going.” And Dominic Guarnaschelli’s “Canon” series is a set of science book covers with the text removed. It’s no longer a debate over evolution and intelligent design, it’s now just design. —Jo Anne Triplett

‘Artistic Visions of the Hereafter’

Opposable thumbs, speech, our ability to accessorize — there are many arguments for what sets us apart from animals. The Kaviar Gallery’s latest exhibit proposes that it is not poetry or Prada that make us unique, but the remembrance of loved ones who have died. “Monuments, Benches and Urns: Artistic Visions of the Hereafter” features eight local artists’ interpretations of memorial art, demonstrating what gallery manager Megan Feil calls “the possibilities sculpture has to express remembrance, consolation, reconciliation, and deep familial love.” The diverse pieces range from the intimate to the religious: the benevolent bust of “St. Francis” (Guy Tedesco), a stone couple curved into a permanent embrace (“Together,” Don Lawler), an ash-filled beaker topped by a prophetic bronze bust and graceful wings (“Urn of an Unknown,” Robert Graf). Kaviar himself contributes a sturdy metal cross, which stoically oversees a snowy graveyard in defiance of the elements. —Jennifer Harlan

There’s a sense of nostalgia in the photographs of George Barnett. Maybe it has to do with the expired Polaroid film he uses. It could also be the simple and oftentimes peaceful subject matter he prefers, like what we saw as we walked from place to place. He photographed those types of recollections we have that just pop up in our memory — it’s as if he traveled to those seconds in between minutes stored in our minds. “I fell in love with the authenticity of the film,” Barnett says, “and how it captured moments in time so differently and yet so truthfully.” The opening reception is from 6-9 p.m. during the Aug. 26 FAT Friday Trolley Hop. —Jo Anne Triplett