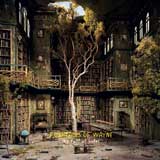 It always struck me as odd that Fountains of Wayne were nominated for a Best New Artist Grammy based on their … third album. Ironically, that’s the kind of thing one might expect Chris Collingwood or Adam Schlesinger, FOW’s creative duo, to write a song about. On the band’s latest, we get a slightly more sublime group than on 2003’s Grammy-nominated Welcome Interstate Managers, or its successor, 2007’s Traffic and Weather. The electric power-pop that had been the band’s signature gives way to a more acoustic-driven approach. Lyrically, however, Fountains are as quirky as ever, spinning stories about everyday people over catchy melodies. “Richie and Ruben” tells us about two entrepreneurs who just don’t quite get it. And “A Road Song” is a brilliant send-up of tunes like “Faithfully,” about the road musician missing his best girl back home. Don’t expect a Grammy nomination, but this is a solid entry into the Fountains of Wayne catalog.