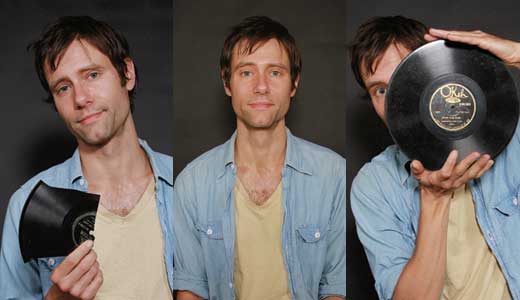 ‘No one can ever say I didn’t sing’

I was born on July 19, 1978, in the Susquehanna River town of Wilkes-Barre, Penn. For well over a century, it was the thriving “Diamond City,” built atop the world’s largest deposit of anthracite coal. By the time I came around, fortune had ceased to smile on the city, but 110 years to the day before my birth, Wilkes-Barre bequeathed to the world a unique musical jewel: Her name was Florence Foster Jenkins.

Born to a wealthy family, Florence grew up with no encouragement for her interest in music. Old Man Jenkins apparently so discouraged the young girl’s dreams that she did what girls at her age, with her resources, at that time rarely did: She left home to pursue them. God knows how, but she landed a gig giving music lessons, and after her father’s death, she inherited his sizable fortune, devoting herself to philanthropy. She founded a dozen women’s clubs, established the Verdi Club for Ladies, and rented out the Ritz-Carlton for an annual charitable ball that featured her as the evening’s operatic entertainment. The 800 guests were treated to her own handmade costumes (wings, tinsel, outlandish headwear) and monumentally awful voice.

Florence Foster Jenkins’ singing was indescribably terrible. She made a few recordings with her longtime accompanist, a pianist named Cosmé McMoon (Sancho Panza to Jenkins’ Quixote he wasn’t, reportedly making faces behind her back during recitals), and they elicit disbelief, shock, horror and tremendous delight. It’s the sound of a completely unhinged musical sensibility, making no deference whatsoever to the rules of rhythm and pitch, but Jenkins was in thrall to her material, and her performances brim with giddy ecstasy.

She was blissfully ignorant of her utter ineptitude, living in a universe of her own devising in which skeptics were vindictive and jokers were jealous. As her performances gained renown — culminating in her 1944 Carnegie Hall appearance, to which 5,000 thrill-seekers showed up for 2,800 seats — she surveyed the standing ovations and deafening applause and tossed roses to the mob, many of whom were doubled over with laughter. Jenkins died a month after her Carnegie debut, satisfied with her musical contributions. “People may say I can’t sing,” she famously remarked. “But no one can ever say I didn’t sing.”

A BBC News article appeared this year on our birthday — Florence’s and mine — that compared the arch-awfulness of the recent YouTube sensation Rebecca Black (of “Friday” infamy) to Jenkins’, suggesting that both are examples of “critical revulsion … as a help as much as a hindrance” to commercial success. Their repertoires couldn’t be more different — Jenkins annihilated arias by Mozart and Verdi while Black bleated out an Auto-Tuned teen idyll so puerile you’d think it was written by a monkey with Mad Libs — but it’s a reasonable comparison. They’re like gruesome wrecks on the highway. You can’t help slowing down, gawking, and telling all your friends what you’ve seen.

Something about the comparison, though, doesn’t sit right. Rebecca Black was constructed by her mother in paid collaboration with the aptly named ARK Music Factory, a firm that, according to its website, “provides young talent with all the tools to become a pop star.” Florence Foster Jenkins, however drunk on narcissism and cash, created herself through a singular devotion to her love of music. Yes, she wanted desperately to be a diva, and a kind of diva she became, earning the snide nickname “La Jenkins.” But what she didn’t spend on campy costumes and renting the Ritz she funneled to arts organizations and struggling musicians. This isn’t an argument of “high” versus “low” culture, but rather a celebration of a deluded yet dedicated dreamer who, for her final strut across the stage, allegedly hawked her furniture to sing at Carnegie Hall.

I’ll grant that if Jenkins was born in, say, Pittsburgh in October, I might not be such an ardent defender. But, though with far fewer resources and far more self-consciousness, I feel a powerful empathy for Florence’s lofty musical aspirations and a great enthusiasm for their bizarre expression. As was inscribed on the cover of a 1934 program for her performance of Brahms’ “Die Mainacht”: “O singer, if thou canst not dream, leave this song unsung.”