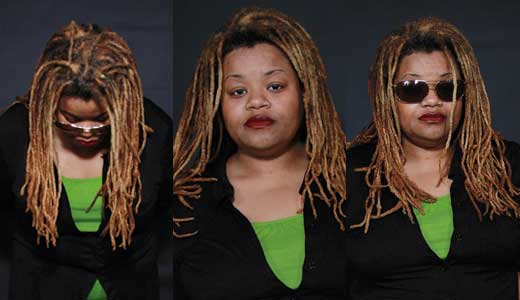 In case you hadn’t guessed, I have some residual dorkiness held over from my youth. I’ve done some things that are entirely too embarrassing to admit … but because I trust you, reader, I’m going to share.

Imagine: the late 1980s, the neon cocaine years fading. Hammer pants were on the rise. A high school sophomore is about to start a new school and, with it, a new life. Being a fan of all things metal, I was planning for the future. My dream was to be a rock writer of the Metal Edge/Circus ilk. I was clearly not sophisticated enough to dream of writing for Rolling Stone or some credible music magazine, so I low-balled it.

To prepare for my life as a rock writer, I decided I needed a few new things: longer and darker hair (easy enough), black lipstick (strategically paired with a Cosby sweater) and a new name.

Perhaps now it’s obvious that this scenario is not going to end well.

My first day of homeroom: The teacher was going through the roll, making notes as each kid answered. The instructions were to answer when you heard your name and indicate what you preferred to be called. This was my big chance. I’d thought about it all summer, and now I would come out of my cocoon a butterfly.

I raised my hand. “Present.”

“What do you want to be called?”

Here is where my story goes awry. To this day, I have been ashamed to admit this part of my life, but in order to finally give peace to creative kids everywhere, especially those who were spooky before “goth” became popular, my tale must be shared.

I looked up at the teacher through my now chin-length bangs and said, “You can call me Raven.”

As a kid, you rarely understand the consequences of making such a drastic decision. Only now, as an adult, do I understand that years of shame and better taste in music make the “Raven” story hilarious. If a kid finds identity somewhere, we should encourage it, right? I wanted to be Raven because, after being teased throughout middle school and feeling like an outcast, I had decided I liked music and art better than the mall, Guess jeans and Tretorn sneakers. I wanted the message about who I was to be clear. According to British scholar David Hesmondhalgh, “Music … represents a remarkable meeting point of the private and public realms, providing encounters of self-identity (this is who I am, this is who I’m not) with collective identity (this is who we are, this is who we’re not).”

“Raven” was my intersection with identity. It was my chance to assign myself somewhere. I wasn’t sure, at 15, that I could remain Erica, given how much I loved music and Edgar Allan Poe, another deep obsession. I wanted to position myself in the atmosphere of my writing fantasy and prepare for a life of rabble-rousing with rockers all over the world.

I have always been an immersive sort of person, believing that if you’re going to do something, there is absolutely no reason not to do it with all you’ve got. That includes telling an entire city you were a creative (albeit socially challenged) kid. There are many of us, and I feel a duty to my fellows. As I’m older and much more socially adept now, it is empowering to be able to say these things. Music has had profound effects on the formation of my self. I think it’s important to realize the way music forms us, good or bad. It’s important to realize the roots of our own identities, or, as The Boy often says, “How I got this way.”