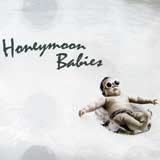 Louisville needs a yacht rock band. Some type of Phil Collins, Ambrosia, Michael McDonald group that you can go to Captain’s Quarters to hear, pay $8 for a weak drink while wearing white shorts, imagining what life would have been like to live like Michael J. Fox’s character from “The Secret of My Success.” If only Honeymoon Babies could have been that band. As it is, the group more closely favors Don Henley’s solo output without the singles. Frontman Jay Goldstein has fronted several local bands over the years while the rhythm section is moonlighting here, forming the bulk of Ultratone. “Surrender” is the highlight here, with Goldstein affecting a late-era Dylan growl. The bulkily titled “World War Across the Front Page” gives me hope for my shoulder-draped sweatshirt dreams, a nearly eight-minute opus replete with muted sax and gratuitous soloing. This, fellas, this … Bruce Hornsby would be proud, as am I.