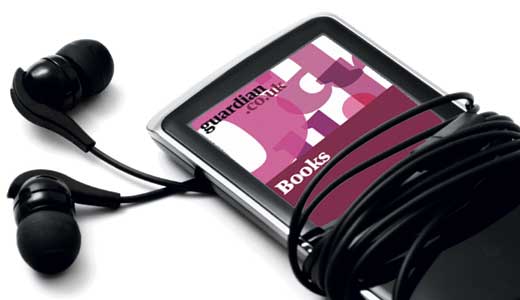 Having recently returned from the United Kingdom, I can verify that Rupert Murdoch has indeed buggered the world worse than any rioters could dream of doing. Never have I laid eyes on a trashier lineup of newspapers (or, as they are referred to in Brit parlance, broadsheets) than in the stalls along the streets of the cities, towns and shires of England and Scotland.

While the BBC may rule when it comes to global radio, the printing press most certainly does not. Upon arriving back in the States, I practically kissed the first New York Times I came across in the Newark International Airport.

The single exception to this is The Guardian, which got its start in the 19th century as a left-leaning local newspaper in Manchester, but today has an online readership second only to The New York Times. Whenever I’m stuck somewhere waiting for a tardy friend (which is more often than not), The Guardian is my go-to app on the genius phone.

The good news is that the people behind the scenes are not only good at print and electronic coverage, they’re also responsible for some impressive podcasting.

“The Guardian Books Podcast,” hosted each week by Claire Armistead, is a swift-moving half-hour segment covering new fiction and nonfiction, books nominated for literary prizes, brief reviews, and to-the-point interviews with various writers from around the world.

Once a month, in addition, John Mullan hosts “The Guardian Book Club” in front of an audience gathered to do a Q&A with the chosen author, the most recent being Alan Hollinghurst for his novel “The Line of Beauty.” It’s kind of a hoot, really, to hear the two men trying to out-posh each other with their accents — and, at the same time, surprising how much actually does get covered in a half-hour.

If you feel you get enough book coverage and would rather hear snippets of great fiction, delivered straight to your ears, The Guardian came up with another ingenious plan a couple of years ago: award-winning novelists reading aloud their favorite short story by another author.

Extra engaging is that the episodes make you want to read or re-read books both by the writer narrating the story as well as the writer whose story is being narrated (some far better known than others). So for instance, you get Anne Enright reading Raymond Carver but Rose Tremain reading Yiyun Li. Or you get Jeanette Winterson reading Italo Calvino while Colm Toibin reads Eugene McCabe.

Other choices are completely unexpected. Who’da thunk Hemingway would be Julian Barnes’ favorite short story writer? Certainly not anyone who has read Barnes’ novels. Thus the narrative delivery can make you see or hear the stories in a whole new way. In some cases, I suspect the readers, in their delivery, have discovered whole new facets of the story that the writer did not know was there, at least not consciously.