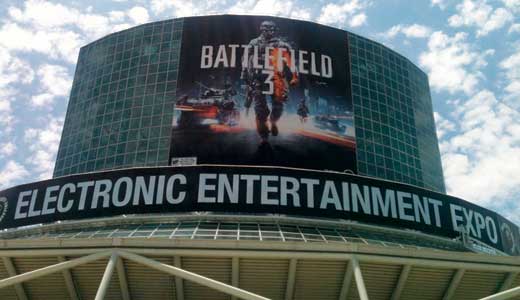 On my final day at this year’s Electronic Entertainment Expo, I ran into the legendary Shigeru Miyamoto, creator of “Super Mario Brothers,” “The Legend of Zelda,” “Donkey Kong” and other instantly recognizable classics.

“Miyamoto-san,” I called, jogging toward the diminutive developer. He looked my way, a childlike expression etched across his face. The suits accompanying him were not amused when I requested a snapshot.

“He’s gotta get going,” one bellowed, the trio powering toward the L.A. Convention Center’s rear exit. Miyamoto bowed his head slightly as if to silently apologize, and I watched him walk away. It was hard to conceal the shakiness in my voice as I waved to Miyamoto with a “Goodbye!” and began walking in the other direction.

It didn’t quite hit me then — that bittersweet mixture of elation and disappointment. It wasn’t until I made it home to Louisville that I realized my first sojourn to Los Angeles could be summed up in a similar manner: shock and awe, discouragement, and then a wave of, “Wow. I’m really here.”

E3 is one of the largest digital entertainment trade shows in the country. The annual event is a mecca for all things gaming, attracting thousands of journalists, developers, students and guests who pay a hefty pricetag to attend, all in an attempt to meet the biggest names in the industry, experience exciting new technology and, for people like me, report on it all. Straight from the source it goes on to populate your magazines, newspapers and even some of your favorite channels.

From the moment I left Kentucky, I couldn’t shake an overwhelming sense of dread and excitement. I braved the crowds to network and critique as many games as possible. Forget being scared, I just wanted to provide great coverage, leave with the necessary tools to sustain a career, and meet the right people. No pressure, right?

Luckily, the show floor buzzed with some intriguing announcements. Sony’s PlayStation Vita looked to make a splash at its price point of $299. Featuring Android technology, high-definition graphics and a slew of other features, the Vita looks as though it may be able to revitalize the handheld market. This could mean trouble for the similarly priced, feature-deficient Nintendo 3DS. The Wii U was on display at the Nintendo booth as well, luring in hordes of potential consumers with high-def graphics, a controller featuring its own color screen, and releases of familiar franchises, such as “Mario Kart,” and even third-party support.

This E3 was a reflection of the current state of the gaming industry: sequel-driven, recyclable and bland. Once I had gotten over the initial shock, I came to accept the fact that in the 20-odd years I’ve been gaming, the E3 I knew has changed.

Still, the sights and sounds swirling around me conjured feelings of grandeur — the game trailers looping over and over, familiar faces such as Mario and Sonic looming over extravagant booths, and the people. Oh, the people. The smallest moments seemed to validate my passion for the medium, reminding me of just how lucky I have been to grow up in an era where gaming is much more of an “acceptable” pastime. Not that I need validation — but when my aspirations are treated more like a child’s pipe dream than a real career goal, it was great to finally have it in droves. And I know that at next year’s show, no matter the hardships I might face, I’m going to make it mine.