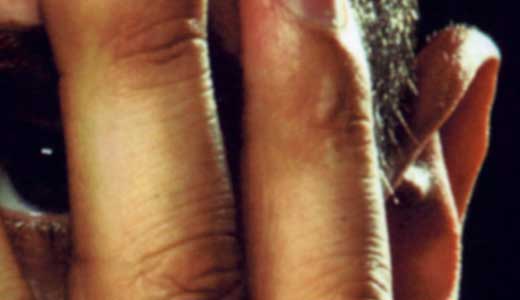 Memoirs are a dime a dozen. These days it seems anybody with a blog and an attitude can get a publishing deal (except me), and the results are decidedly tepid. When privileged suburban shitheads who have never done anything with their lives besides watch lots of TV and go to college are writing memoirs, well, you’re gonna be reading lots of boring, self-indulgent crap.

I don’t know if Nicolai Lilin has a blog. He does have a website, but he also has led an interesting life. No “Mr. Belvedere” marathons or frat parties for Lilin; no, in his homeland of Transnistria — between Moldova and Ukraine — there aren’t a lot of Western affectations. There are, however, criminals. Lots and lots of criminals, but they consider themselves “honest” criminals. Criminals with a code. Criminals who are also deeply Christian. Criminals whose unwavering and institutionalized distrust and hatred toward the police, the army and the government goes back centuries. In “Siberian Education: Growing Up in a Criminal Underworld,” Lilin writes about being raised on the wrong side of the law. Unfortunately, the book leaves out a lot of the inside dirt that could have made “Siberian Education” an Eastern European version of “The Sopranos.”

For starters, the rituals — “Siberian Education” is filled with detailed and downright epic explanations of how to properly brew tea, how to properly drink it, how to address one’s elders, how to enter a dwelling and not insult the hosts, how to leave a dwelling and not insult the hosts. With all the protocols and hierarchies and superstitions and praising of long-dead ancestors, it probably takes about 45 minutes to flush a toilet for the honest criminals of Transnistria.

Exacerbating matters further, “Siberian Education” was translated. Originally written in Italian, the book’s text has a strangely formal and stately tone. These humble men of modest means and no education all orate at great length as if possessed by the ghosts of Roman senators. The book reads like an especially purple fantasy novel, where knights, elves and ogres refer to each other as “kindly sir” and “my dear friend.” I wonder if the book would be a livelier read if it were in Lilin’s native tongue.

Much of the book is given over to recounting a series of events on Lilin’s 13th birthday, but the narrative flow is repeatedly interrupted by digressions and the occasional digression-within-a-digression. I mean, it is fascinating to learn how Transnistrians come to acquire their first flick-knives, but throughout the book, more detail is lavished upon how to brew tea as opposed to, say, what happened to a group of rival thugs who sexually assaulted a girl from Lilin’s village. While segments such as the one devoted to Lilin’s stint in juvenile prison are suitably unsettling, overall the reader is left wanting more thuggery, more daring heists, more street fights, more bloodshed. More criminal underworld, in other words.