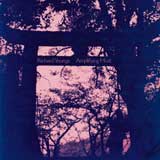 British progressive folk musician Richard Youngs has released at least 36 solo albums since the early ’90s and nearly three times that number in collaborative efforts, so I hope he’ll forgive me if I initially treated his newest album as background music. No ceremonial playing on the good stereo, no sitting and listening attentively, just a double click on my laptop before I started prepping dinner. As it happens, Youngs’ album is exceptionally suited for this kind of listening. Through his bent guitar strings and spare, almost chant-like finger-picking and Damon Krukowski’s subtle, freeform drums, Youngs creates not so much a background but a landscape of sound. Richly evocative of the American West, his compositions suggest the isolation of the desert but also its warmth and expansiveness. His words, too, are drawn out so that they become less about textual meaning and more about aural color and texture. The sound steadily builds and grows into the final track, “This is the Music.” Yes, this is the music to elevate the simple act of fixing dinner into a meditative and transcendent experience.