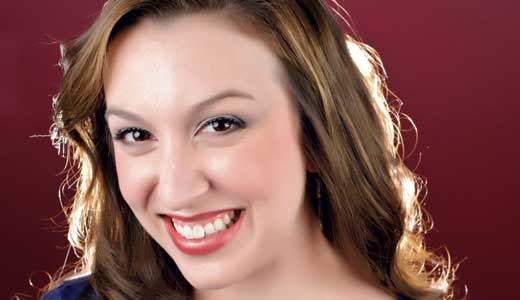 A year ago, Leah Roberts never imagined she could make a living as an actress. Working in health insurance by day, she .was content to pull her second shift on stage, turning in notable comedic performances for local companies like The Necessary Theatre and Pandora Productions.

But Roberts has found steady work in commercials over the last year, recently for Jewish Hospital and the Kentucky Lottery, and she’s no longer quick to dismiss the idea of turning her hobby into a career.

“I’ve never wanted to do anything other than act, but it was something that I thought I’d have to give up as a profession, because I didn’t want to struggle,” she says. “I’m still not at the point where I’m going to leap blindly, but I have realized how attainable professional work can be.”

Roberts credits Heyman Talent Agency with hooking her up with commercial and film work, which has turned a pastime that made her a couple hundred bucks last year into a bustling, profitable second job. Her biggest break came this summer when Heyman sent her on an audition for an independent film. When she received word that she had been cast, she realized how transformative of an experience the Gill Holland-produced tennis comedy “Tan Lines” would be.

“I go to the read-through, and I see all these people I’ve been watching in movies my whole life,” she says. “I thought, ‘Oh my God. This is no joke.’”

Roberts plays Dina, a manly tennis professional with a unibrow, bad hair and a surly demeanor, learning much about the differences between stage and film acting in the process. Most notably, the actress known for her broad comedy skills had to learn how to be subtle. “I was playing a big character, but I pulled her back so minutely because I knew the camera would pick up every little thing I did.”

Being on set made her hungry for more, and Roberts plans on being selective about stage roles for the next year to keep room in her schedule for professional opportunities. Pandora Productions producing artistic director Michael Drury is thrilled Roberts, whom he calls one of the best comedic actresses in Louisville, still has room in her schedule for his production of “My Big Gay Italian Wedding” next summer.

“Leah’s timing is impeccable and always spot on, and sometimes in the most surprising ways,” Drury says. “You think you know how the joke should be timed, and she will time it in a bold way that is more hilarious than you expected.” —Erin Keane