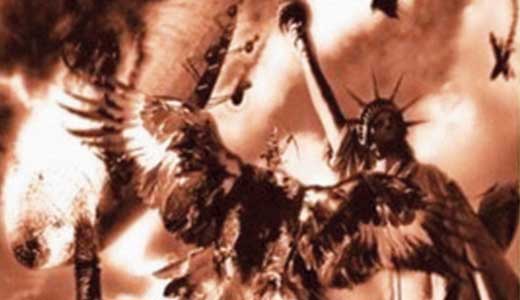 Got wood? If so, then you need to be in Fort Mitchell, Ky., this week, July 13-16, for the annual Vent Haven Convention. What’s that? Why, you must be some kinda dummy not to know that Fort Mitchell is the ventriloquism capital of the world, and Vent Haven is their annual voice-thrower’s get-together. But if you can’t make it in person, get this delightful doc, which introduces you to some of the more extraordinary participants — some of them flesh-and-blood and some a bit more evolved. Oh, wooden ’tit be lover-ly?

Our friend, mentor and founder of this wretched column, Dave Conover, has finally released his long-anticipated book on “War Eagles,” the greatest movie never made. That was to be animator Willis O’Brien’s follow-up to “King Kong” — a film so fantastic as to make Kong a minor footnote in cinematic history. Its climax was to feature a lost world of Viking warriors soaring astride monstrous prehistoric eagles, swooping to our rescue when America is invaded by an airborne enemy. But real-life Nazis put an end to the movie, and all records of it were lost to time, war and human frailty. It took Dave’s obsessive, decades-long search to uncover the few surviving frames of film, bits of moldering stop-action models, and — best of all — Cyril Hume’s complete script (included in the book)! And, who knows? — thanks to Dave’s efforts, the movie might finally get made! A must-own for any movie fan. Our highest recommendation.

Russell Brand craps all over our memory of a funny and touching movie from 1981 that starred Dudley Moore and John Gielgud. Ask for the original.

No, not that flashy, noisy comic-booker soon to be tearing up the multiplexes — and not the original Cap’n from 1944 (not yet on DVD) or the 1966 TV series or the 1979 made-for-TV movies — this is the one most people remember from 1991 as a riotous no-budget train wreck. Matt Salinger holds the shield and leads an all-star TV cast including Ronny Cox, Louisville’s own Ned Beatty, Darren “The Night Stalker” McGavin and Bill Mumy from “Lost in Space.” Enjoy.

Supermodel/actress Liya Kebede plays ’80’s supermodel Waris Dirie in this biopic. Born in Somalia and brutally circumcised at the age of 3, Dirie finds a new life in England, rising to the top of her profession, yet still haunted by her childhood.

How much fresh, edible food do you think America throws away every day? Whatever you guessed, it’s far, far more. This award-winning doc literally jumps into the controversy with both feet — and a knife and fork — to show how corporations manipulate the cost of food by throwing it away.

We had high hopes for this sci-fi thriller starring Bradley Cooper and Abbie Cornish, but it arrived ham-strung by a PG-13 rating. The premise is breathtaking: A new drug that vastly expands one’s mental powers falls into the hands of a down-and-out writer, turning him into an overnight financial superstar but attracting the attention of evil business mogul Robert De Niro. The drug use alone raised the rating to PG-13, reducing any action to kiddie-acceptable levels. They should have gone for the “R.” Still, a fun, intriguing and energetic flick, worth checking out.

The angriest comedy we have ever seen. Lewis Black screams as the unseen narrator when a family comes together to celebrate Dad’s 70th birthday. But one of them has written a tell-all book, making the rest of the sibs look like debased monsters. And with a cast that includes Sarah Silverman, Judy Greer and Rainn Wilson, you know this is going to be one savage get-together.

PHIL OCHS: THERE BUT FOR FORTUNE

Even if you can’t place the name, you are all children of his world. Ochs was one of the 1960’s greatest songwriters, using his gift of language to bring the social message of Woody Guthrie and Pete Seeger to the masses, often through other artists like Joan Baez, Bob Dylan and Peter, Paul and Mary. Some of our favorite Ochs’ tunes include “I Ain’t Marching Anymore”, “The Draft Dodger Rag” and “The War Is Over.” This biodoc looks at his life, demise and legacy with commentary by Seeger, Baez, Sean Penn and many others.

Kentucky is well represented in this quirky CGI-animated tale from Gore “Pirates of the Caribbean” Verbinski. Like who? How ’bout Owensboro native Johnny Depp as the bug-eyed chameleon-hero, Harry Dean Stanton from West Irvine, and Ned Beatty from St. Matthews! But this is no kiddie tale; it’s a wild take on Sergio Leone spaghetti Westerns. Trust us, you don’t have to be a “Django” fanatic to enjoy all the great pop-culture references being skewered. This first-ever animated flick from George Lucas’ Industrial Light and Magic studio is a major hoot.

A fun and lively romantic comedy/wasted-youth outing with Topher Grace as an aimless young man lusting after hottie Teresa Palmer and partying with his loser friends over a debauched Labor Day weekend. Like a page out of every 30-something’s foggy memory, with Anna Faris, Dan Fogler, Michelle Trachtenberg and Michael Ian Black.

An excellent indie horror film about a couple who move to a small town after the death of their 9-year-old daughter. The locals there know a ritual that can bring back the dead — but only for 3 days. They agree, but then decide to extend her stay …