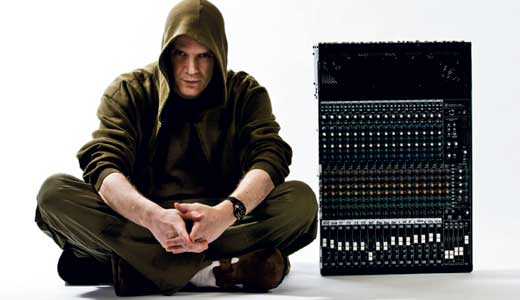 In the mid-’90s, heavy music was in an awkward stage. The instrumental leaps made from the thrash innovations of Slayer, Metallica, et al. had lead to the dead end of death metal, where Cookie Monster grumbling and increasingly shocking imagery of disemboweled women had turned off many. Grunge also emerged as a more sophisticated form of heavy rock, and only a handful of groups (most notably Pantera) showed that there was any thunder left in heavy metal. Strapping Young Lad, the band led by Devin Townsend, was another fresh blast, though their influence has been felt most prominently on Adult Swim’s “Metalocalypse.” Townsend has continued on as a solo act, growing both more proggy and commercial as he evolves. His current work includes a four-album series, all reflective of unique, conceptual themes and likely to go far over the heads of an average Thursday-night crowd at a rowdy megabar. —Peter Berkowitz

CenterStage at the Jewish Community Center

In 1988, the John Waters film “Hairspray” became a cult classic. In 2002, it debuted on Broadway and won eight Tonys. In 2007, John Travolta dressed in drag and helped the remake bring in more than $200 million worldwide. Now, in 2011, the show is coming to Louisville via CenterStage. “Hairspray” tells the story of Tracy Turnblad, a girl growing up in the ‘60s with a passion for dance and for breaking the molds and stereotypes of society. Despite being a plus-size girl in a skinny world, she auditions for the popular dance program “The Corny Collins Show” — and wins a role. After facing that challenge, she pursues another, pressuring the show to become integrated (a touchy subject in 1960s Baltimore).

For weekday and Sunday evening performances, there will be $10 rush tickets available, which must be purchased before 5 p.m. the day of the show at the Jewish Community Center. —Brandi Terry

I wouldn’t mind the thousands of drunken idiots stumbling blindly through most music festivals if they took place in the spring or fall. Hell, I’d be one of them if the scorching sun wasn’t making me so sweaty, tired and otherwise unsociable. Yet, Louisville’s annual Blues ‘n’ ‘Cue fest at the Water Tower, now in its 14th year, is one festival that actually makes sense in the summer. Barbecue might sound like a fancy French word if you say it right, but it’s as American and summerific as the Fourth of July and extremely slow baseball games. And what better cure for having the blues (due, most likely, to you being a poor sharecropper, of course, and not just some middle-aged guy who likes Eric Clapton a lot) than the curing rays of the sun and some delicious meat? Did I mention the free parking? I love this country! —Peter Berkowitz

The Codas and more

The Bard’s Town should be an interesting place to be Saturday night as the Louisville-centric blog “The Louisville Pod” brings to the stage an extravaganza of music and stand-up comedy in one show. The Codas (formerly Night Torn Mad) will fill the place with their patented form of Southern-tinged soul rock; Nick Peay of OK Zombie will debut music from his two upcoming EPs; and Bunny Day & The Mercy Buckets will be on hand picking their special brand of Neo-folk. Segueing between all of the music will be two of the hottest comedians from Louisville — Raanan Hershberg and Lindsay Boling. Hershberg, founder of The Young, Dumb, and Full of Comedy Show, has a brash alt-comedy sensibility, while Boling, who’s quiet and pretty, has a calm disposition that complements the intelligence of her material. —Brent Owen

It’s not impossible to throw together a catchy tune without having gained much life experience yet — I didn’t hear anything more fresh or thrilling than Willow’s “Whip My Hair” last year — but the pains and strains of a hard-lived life can add depth and authenticity to any songwriter’s oeuvre. Cruz Contreras might technically be in the same music business as Justin Bieber, but this Knoxvillian has more in common with Buck Owens and Willie Nelson. A founder of Robinella and the CCstringband (that “CC” is from his initials), who has seen his major label deal, band and marriage crumble in the past decade, Contreras has rebounded gracefully with a new band and a new appreciation for what is valuable. Fans of dust-kickin’ authentic country will surely enjoy their new album, 100 Miles of Wreckage. Read my interview with Contreras on LEO’s music blog at bluecat.leoweekly.com. —Peter Berkowitz

Jane Austen’s delightful and timeless Regency Era novels have been knocked off six ways to Sunday — even if you’ve never read “Emma,” you’ve probably seen “Clueless” — but the author’s own story rarely takes center stage. Enter Karen Eterovich, who will bring her one-woman play “Cheer from Chawton: A Jane Austen Family Theatrical” to the fourth annual Jane Austen Festival at Locust Grove this weekend. Based on Austen’s life as a member of the landed gentry in late-18th and early-19th century rural England, “Cheer from Chawton” portrays the novelist as a social butterfly on the fringes of high society, a narrative vantage point she employed often in her own work, notably in “Pride and Prejudice” and “Sense and Sensibility.” The annual Jane Austen Festival is to Regency romance geeks what Comic-Con is to “X-Men” fans. Events include a ladies’ archery competition, puppet shows and a grand ball, for those maids hoping to dance with their own Mr. Darcy. —Erin Keane

Gender is certainly a hot topic at the moment, and it usually leads to more questions than answers. “Should boys wear dresses? Should babies always be gendered? What makes a boy or a girl anyway? And can there be more than just two genders?” asks Lex Lawson, curator of the “Gender Bender Art Show” opening Saturday at Solidarity in the Highlands. The exhibit will showcase artists who explore the boundaries and roles of gender, and how they can bend, change and be broken for themselves and society, Lawson adds. The opening night will feature music/performance art, spoken word and a short play by Basil Kreimendahl. Artists include Cassandra Lewis, Jada Lynn, Jared Manning, Ashley Brossart, Amanda Church, Nick Owens and more. —Sara Havens

Hey, hard to believe, but it wasn’t that many years ago that if you said you knew a great place to hear a string quartet, people would look at you like you were crazy. But not anymore. Today, chamber music is hotter than Facebook. Well, maybe not that hot, but these days a lot of fans are finding themselves more fascinated with, say, a Beethoven quartet than a Beethoven symphony — and the small-sized classical music genre is hopping out of the concert halls and into cafés. In 2006, something called “Classical Revolution” was founded at a San Francisco club called the Revolution Café, and it now has chapters across the country, including in Louisville. Sunday night, Louisville violinist Michael Hill presents the “Classical Revolution” at The Bard’s Town, with a set program and classical music jam session. Come hear what the buzz is all about. —Bill Doolittle

“Signature Dish” is an exhibit full of food good enough to … paint, sculpt and photograph. The eating part comes later. In a foodie town with locally grown and created delectables, what better way to complement the bounty than with art? Chefs from Louisville Original restaurants were paired with, and inspired by, the art. “I love how the art comes first and the food as a response, since it is such an interesting reversal,” says PYRO artist Keith Auerbach. Some examples: Sweet Surrender created a cake to match Ann Stewart Anderson’s creation, a new dish at Lilly’s was inspired by Susan Moffet’s drawings, and John McCarthy’s sculptures are delicious at the Mayan Café. There’s more to come. Please call the restaurants in advance to check on their PYRO Gallery specials. —Jo Anne Triplett

Creativity is like a muscle: If it’s not used and exercised regularly, it can go soft. This is true for writers, artists and musicians — doing the same thing over and over again can put you in a rut. For this reason, Gallery Janjobe challenged some local artists to step out of their comfort zone and exercise their creative muscles in an entirely new way. The gallery’s latest exhibit, “What’s New?”, features work in mediums outside of the artists’ specialties. There are drawings by clay artists, paintings by wood artists and woodwork by potters. “We invited them to try something they had been thinking about, possibly in a different medium, on a different scale or with different subject matter — anything that’s new for them,” says gallery co-owner Jana John. “It’s fun to see everyone branching out.” —Brandi Terry

‘The Sound of Music’

She’s an aspiring nun too flighty to take her vows, he’s a grumpy widower squelching the spirits of his seven children with military precision. When Maria becomes governess to the Von Trapp children, she teaches them to sing (“Do-Re-Mi”) and helps the stern captain open his heart again. Then they flee the Nazi Anschluss — good times! Derby Dinner Playhouse presents Rodgers & Hammerstein’s “The Sound of Music,” the winner of six Tony Awards, including Best Musical, whose iconic film adaptation starring Julie Andrews won the Best Picture Academy Award. Directed by Lee Buckholz, “The Sound of Music” plays at the Southern Indiana dinner theater through Aug. 7. Derby Dinner ticket prices are a fantastic deal because they feed you before the show. Did we mention there’s a full bar? A sumptuous buffet, cocktails fit for a king / These are a few of my favorite things … —Erin Keane

The title of this exhibit needs some clarification. “LoCAL” — curator Dan Pfalzgraf’s abbreviation for his “Louisville Contemporary Art Lounge” concept. “Design” — arrangement of visual elements, such as line and color. Expect a lot of repeating motifs and bright hues from George Chaplin, David M. Cook, Thomas DeLisle, FRESH FiT Franchize, Bryce Hudson, Gibbs Rounsavall and J.B. Wilson. “This summer design-oriented exhibit will focus on clean, fresh colors and patterns as a source of inspiration,” says Pfalzgraf. “Summertime is a time of bright light and bold patterns. (It) gives you the opportunity to slow down and enjoy your life within that very moment. This exhibition aims to provide a visual accompaniment to those moments during the long stretches of heat waves, only comfortably housed within a cool air-conditioned refuge within the city.” —Jo Anne Triplett