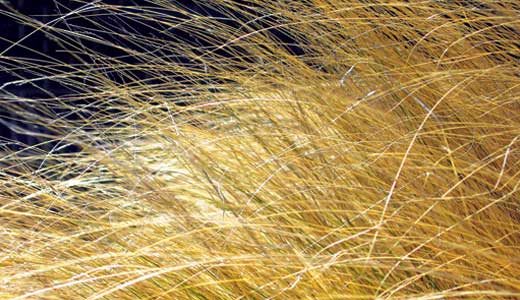 Think there’s only room for one redheaded spitfire woman who started out playing a mix of early rock and earthy Americana but has evolved into a more mature, finely textured artist? Well, move over, Neko Case. Memphis-based singer/songwriter/double bassist Amy LaVere is not just on the road, she’s on the road to recovery. Her new album, Stranger Me, is a collection of goodbye songs, composed in the wake of losing a guitarist to the Hold Steady, a drummer — her boyfriend — to a romantic break-up, and her mentor, legendary Southerner and producer Jim Dickinson, to the great beyond. Such times would surely undo a lesser mortal, but LaVere perseveres. The drummer returned to make the record, and a new producer, one whose previous project was engineering last year’s Grammy-winning Album of the Year, by Arcade Fire, was hired. Read my interview with LaVere at bluecat.leoweekly.com. —Peter Berkowitz

“Tell me how this ends.” General David Petraeus made this statement to a reporter in 2003, at the beginning of the Iraq invasion. While historian Geoffrey Wawro’s latest book, “Quicksand: America’s Pursuit of Power in the Middle East,” may not be able to give Petraeus an answer just yet, he does provide one of the most comprehensive explorations on the topic. An ambitious, in-depth analysis of U.S.-Middle East relations over the past century, “Quicksand” exposes the corruption, miscalculations, espionage and idealism that have fueled tensions in the region and at home since the 1917 Balfour Declaration. Wawro is an expert storyteller, weaving together military, social and political history to present a comprehensive portrait of U.S. ambitions and a region in conflict. The historian, author, blogger and History Channel anchor will discuss his findings, followed by a Q&A session and book signing. —Jennifer Harlan

As a trained opera singer, Meagan Brus honed her craft at the Manhattan School of Music and the Oberlin College Conservatory of Music before traveling across the country and to countries such as Japan and Germany to perform. Later this month, the soprano will make her second appearance with Louisville’s Bourbon Baroque. In “The Three Germans,” Brus and other performers with the company will perform songs from composers such as Bach, Händel and Telemann. Bourbon Baroque, exclusively performing music from the 17th and 18th centuries, is comprised of a core of local musicians who partner with vocalists and musicians from across the country. “The Three Germans” is part of the Baroque in the Barn summer series. —Brandi Terry

Hot on the heels of top-notch releases from Skyscraper Stereo and Jalin Roze, Louisville’s hip-hop scene continues to drop more heat. Phoenix Hill Tavern is playing host to a three-way release party and showcase for three albums from the Grimey Rhyme collective. Murk-a-Troid is MC Crash and producer Richard Herrell; their smoke-filled LP Heavens to Murk-a-Troid is an unexpectedly strong addition to an incredible year of local music. D.O.H. the Joker celebrates his sophomore long-player, The Quickening. Xcapeartiz quietly dropped No Answers via Bandcamp earlier this year. They are ready to let the world know. Half the city’s emcees are sharing the stage, including Roze and Scraper, Father Jah & Donnie McFly, Elephant Room, Blitz, DJ YngSteve, Mike DeeZe and the rest of the Grimey Rhyme regime. Come prepared for a full night — the show runs 10 p.m.-3 a.m. Take a nap beforehand, but don’t sleep on this show. —Damien McPherson

Imagine Brad Pitt assassinating the president of the United States — that sounds like a bad late-night comedy sketch, but it’s not like it hasn’t happened before. When John Wilkes Booth shot President Abraham Lincoln, he didn’t just alter the course of a nation and earn his own grisly entry in our history books. The notorious heartthrob, one of the most famous actors of his time, broke quite a few Union hearts in the process. Bart Lovins will play the actor/assassin in “To Bury Caesar,” a one-man play written by Chris Dickerson, at The Bard’s Town this weekend, guiding us through the internal workings of a man driven by family ghosts and political obsession as he prepares to visit Ford’s Theatre on that fateful day in 1865. One-man Lincoln shows abound, but this is a rare treat for theater and American history buffs alike. —Erin Keane

Digital design agency Forest Giant is celebrating its first anniversary Saturday with a one-day exhibit entitled “Giants.” Curator Ty Kreft explains: “The anniversary celebration is a way to sort of announce to the public who we are and what we’re doing, and to thank our clients and colleagues for being a part of it.” For the celebration, they asked 30 local artists to create original pieces expressing what they each think a “forest giant” is. “The work we do and the environment we work in is very collaborative, and we like to draw upon all the creative talent that exists in Louisville,” Kreft says. “We wanted to see what our artist friends and family would make of (the giant), what they see in their imaginations when they think of what a forest giant is.” And with works ranging from collages of 1950s advertisements to bold graphic prints and kooky illustrations, it promises to be a wonderfully eclectic showing. —Jennifer Harlan

With the mayor’s recent announcement that the city of Louisville is extending equal health-insurance benefits to Metro LGBT employees and their partners, there should be plenty to celebrate Saturday night at Fairness Over Louisville, an annual fundraiser for the Fairness Campaign. The cocktail party will feature a cash bar, music by DJ Fierce Tease, more than 50 Fairness leaders and community allies, and guest speaker Jonathan Capehart, an MSNBC political analyst and Washington Post editorial board member. Capehart will discuss his take on the LGBT civil rights movement in America. It all goes down at The SkyLoft (10th floor of the ZirMed Towers), so throw on a party dress and celebrate equality. —Sara Havens

“Trigun” takes place on a planet called Gunsmoke, in a Wild West-style town surrounded by quicksand. It features a gun-slinging pacifist named Vash the Stampede who tries to outlast the bounty of 60,000,000,000 “double dollars” unfairly placed on his head. Anime fanboys and girls might be interested to know that the film is coming to the Baxter on Saturday for a one-night-only affair. “Badlands Rumble” represents a reprise for Vash and company, who first appeared in a 1996 manga series by writer/illustrator Yasuhiro Nightow. The books ran for 12 years, becoming the biggest-selling graphic novel of 2004, as well as a 26-episode Cartoon Network series in 2003. It’s notable that the anime version of the comic did better with U.S. late-night cable audiences than Japanese viewers, where reception was namanurui, or lukewarm. —J. Christian Walsh

Bob Stagg’s art is precise and contained. If the details do not grab your attention, the color will. I’m sure someone has dubbed him a new Old Master of still-life paintings (if not, I just did). “I believe art is always a dialogue with the past,” Stagg says. “Even the most contemporary forms have meaning in relation to the traditions they confront or subvert. The still-life paintings I create take many hours to produce. They are objects of contemplation and afford me the opportunity to consider the many associations within the traditions of still-life and the personal associations of the objects chosen for each set-up. It is my wish that no photograph can capture the subtlety of the original.” —Jo Anne Triplett

Carr+Waite Studio has undergone a re-branding: Now known as Firehouse Gallery, it is opening its doors for the first time since the renaming with a photography exhibit showcasing four local photographers. Carolyn Courtney, Chris Scott, Cassie Doumas and Sean Doumas kick off the new gallery’s run in this exhibit. Courtney is a professional photographer and member of the Zephyr Gallery, and Cassie Doumas is majoring in fashion photography, but the other half of the featured artists come from less artistic walks of life: Sean Doumas is a sign-language interpreter, and Scott is a scuba-diving instructor at the Shedd Aquarium. If you’re a local artist looking to show off your work, the Firehouse Gallery offers exhibition space to contemporary artists working in all mediums. The space is available on a rental basis, and the gallery takes no sales commissions. Contact owner Geoff Carr at 298-2110 for details. —Brandi Terry

Sunlight filters through rippling prayer flags, blue letters march across a tiled subway tunnel, wooden clogs tumble toe over heels off a dusty workbench — these are just some of the images featured in “Jeff’s Path, A Decade of Discovery in Photographs.” Louisville native Jeff Mertz spent the last 10 years abroad, and now he’s sharing his experiences with the city that “served as my point of reference and basis of comparison for all of the unique places and exotic experiences I have encountered.” Also at Revelry is the whimsical “Library,” Alan Vale’s visual interpretation of the Dewey Decimal system. His shadow boxes pierce their book-bound frames, revealing the heart of the books themselves: the cheeky musings of a Victorian couple (“The Birds and the Bees”) or the Big Bang of the written word as one wooden exclamation point explodes into pen nubs, scurrying cursive and neat newsprint (“Thanks Mr. Gutenberg”). —Jennifer Harlan

Chez Moi is a new gallery with an old name. Previously in the Highlands, the latest reincarnation has moved south of U of L. The building, owned by the Framers Supply Co., houses artists’ studios as well as the gallery, in which resident artists will have yearly solo shows. Eventually, part of Framers Supply’s business will be in the building, expanding Chez Moi to become “an artist community.” Proposed future events include workshops, seminars and performances. The current featured artist is watercolorist Carmel K. Fargen, who specializes in florals and landscapes. Her work is on display through Aug. 16 during the gallery’s limited hours of Thursdays and Fridays from 10 a.m.-2 p.m. Chez Moi also has an Open Gallery Night reception on the third Saturday of each month. —Jo Anne Triplett