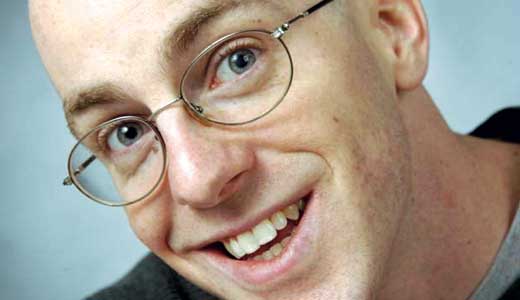 Originally launched as Unprotected Sets in 2006, the Louisville Comedy Underground is celebrating its fifth anniversary this weekend with two shows. Still held every Thursday and Sunday, the open-mic show has undergone many changes, but one thing has remained constant — its founder and guidepost Adam White. LEO talked to White on the eve of this momentous occasion.

LEO: Going back to the Unprotected Sets days, what made you decide to launch the show?
Adam White: When I moved back from Chicago, if you wanted to do comedy in Louisville, you basically had two shows (a month) — both at Comedy Caravan. And there were so many people wanting to do time that if you did one show, you couldn’t do the other. So basically, here were people trying to launch a comedy career, but they could only go on stage 12 times a year.

LEO: Many comics credit you as the reason the Louisville scene is so different, where competition is healthy but secondary to camaraderie. Was that your plan all along?
AW: It just sort of happened. If I was going to point at something … it would be the punk rock scene around here — that “We don’t have much, but we’ve got each other” mentality. But the idea of there being money in stand-up comedy was not something I had ever heard, so I didn’t think that was going to happen; and in fact, it has not happened … but it was all about having a place where everyone could just hang out.

LEO: When did you know you had something special with this show?
AW: It was something special early on, because it’s where my friends were. As I’ve said before, it was the “Honeycomb Hideout.” And it wasn’t until I started hearing comics in Cincinnati and Indianapolis — or Lexington, Nashville even — saying, “Hey, you all really have something cool going on here,” that I realized we had something different.

LEO: As a comedian, are you more comfortable on stage or backstage?
AW: The behind-the-scenes stuff just sort of evolved. I feel more comfortable on stage because you can be in the moment and just improvise. If it’s working, and if the crowd likes you, and if you were able to connect with them, and they’re able to go with you on ideas, and you’re in the zone … it’s the best thing in the world. You’re able to tell people, “Hey, here’s these little ideas I had when I was sitting in my kitchen, and I wonder if you think they’re funny, too?” And it turns out they do … then you’re like, “Yay, everybody likes me!”

LEO: You recently moved from your original home, Comedy Caravan, to The Bard’s Town. What about The Bard’s Town makes it a hub for local comedy?
AW: The Bard’s Town is where the most intimate shows are … which, as a comic, those are the most fun. Anytime you’re jammed into a room, it just kinda feels like you’re in the beginnings of comedy again, in the basements of jazz clubs, standing with your back to a brick wall, and somebody’s directing a light at you. It always feels that way.