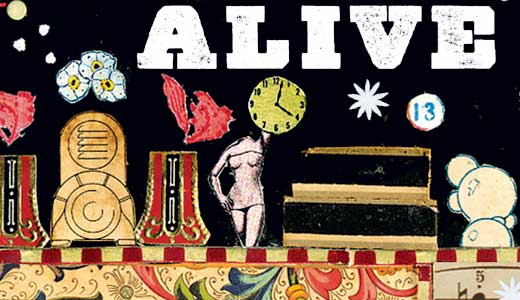 Steve Earle’s rough and tumble years, his stint in prison and his dope habit are well-known, so too is the popular fascination with hard-living creative types. So I’m not sure if it was the laziness of this reviewer or Steve Earle’s skid-row bona fides that led me to mistakenly assume this book was a memoir until page 15, when the appearance of Hank Williams Sr.’s ghost forced me to reassess. Sure enough, right there on the front cover, the words: “A novel.”

As someone who has always been convinced of Earle’s talent without ever actually liking his music, I was both unsurprised and delighted by the confident and engaging prose of “I’ll Never Get Out of This World Alive,” which focuses on a languishing gentleman physician-cum-low-bottom-junky named, perhaps predictably, “Doc.”

Working out of a fleabag boarding house in 1960s San Antonio, Doc dresses the gunshot wounds of gang bangers and administers illegal abortions to hookers and other “girls in trouble” to support his dope habit. The catalyst of the narrative comes in the form of a lapsed Catholic named Graciela, a Mexican faith healer with unsightly stigmata. She not only administers her miraculous healing powers to the patients in Doc’s little black-market clinic, but, also a little predictably, to Doc himself, who finds his addictions waning with each day spent near Graciela. All the while, the ghost of Ol’ Hank, who alternately appears in the form of a cowboy singer and a Mexican spirit-cat, lurks, needles, provides council and gripes endlessly.

Amidst a host of other enormous themes like redemption, spirituality, miracles and the cultish fascination with Jacqueline Kennedy Onassis, the centrality of the abortion theme to the story is, at first, disconcerting, and later only mildly and persistently uncomfortable. Ultimately it reveals the novel to be a half-baked exploration of one of the most divisive topics in American culture. “I’ll Never Get Out of This World Alive” could have been more aptly marketed as a neo anti-fable rather than a novel were it not for the fact that the requisite moral lesson is not immediately forthcoming.

Does it gleefully bash the colonialist hypocrisies of the church? Sure. Stimulate humanistic sympathy for people in situations that most of us can scarcely imagine and try very hard not to? Definitely. Does it make broad assessments of, and pointed defenses for, abortion by using magical realism and country music pseudo-history? Well, there we run into a little bit of a problem.

While multi-talented creative types hope their endeavors will each be judged on individual merits, this novel leans, sometimes heavily, on the reader’s knowledge of Earle and his street cred. This is not an entirely regrettable arrangement, and the comfortable deferral to the author’s authority on the practical details of heroin addiction, along with his pleasing prose, provide a shortcut to empathy. But on the whole, this book is best read as an OK story by an interesting figure, because, as a novel, it is decidedly unimportant.