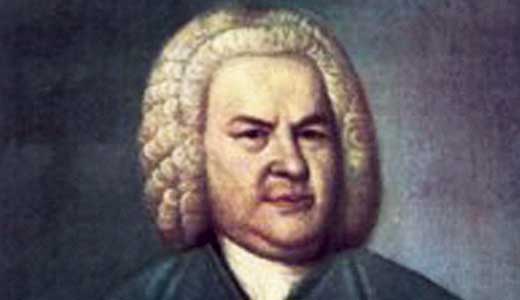 I wrote a few months ago about the possibility of getting a dog. Most of you responded in kind — “Don’t do it,” “Kiss happy hour goodbye,” “The only walks you should be doing are the ones home from a bar.” Well, I listened to you and continued on my path of solitude. I was content being greeted by my fish Bette when I came home from a long day at the bar. As I sat there telling her my stories of heartaches and hangovers, she appeared to smile back … until I realized she was just gasping for air and/or yelling at me to clean her bowl.

And then one day my friend at the Humane Society posted a picture of a mutt who had been thrown out by his owners. He looked like a little monster with a fierce under-bite and adorable puppy-dog eyes. Gaga would have scooped him up before you could say “born this way.” “He’s so chill,” my friend said. “He’s your dog.” Long story short — I went to meet him and adopted him two days later, and now Detective Bo Brady sits on his throne atop my couch and guards the place from any unwanted intruders — namely spiders and family members.

I will admit it’s affected my bar-going habits, but it’s OK. I do have to come home and let him out before happy hour, unless I want to come home to a shit-splattered cage. We go on walks, and I’ve even gotten on my hands and knees to beg him to “go potty.” It’s not my proudest moment, but I will confess to feeling a joy like no other when he relieves himself outside — instead of on my carpet or in my car. I’ve also learned to appreciate bars that are dog-friendly — Nachbar and Monkey Wrench namely — as it looks like I’ll now have to combine my two loves — beer drinking and dog sitting.

Symphonic Bock rocks
Who knew classical musicians liked to drink? When I think of an orchestra, it’s serious and subdued and mature. You have to be quiet during a performance and understand what a crescendo is. Which is why I was somewhat surprised when I heard about folks from the Keep Louisville Symphonic group — basically former members of the Louisville Orchestra before it went belly-up — who approached brewmaster Jerry Gnagy of the Bluegrass Brewing Company to help them create a beer in the name of raising funds so they can toot their horns around town again. Of course Gnagy was immediately on board and went about concocting Symphonic Bock (after the famous composer J.S. Bach, get it?), which is a golden-colored malty lager. “I agreed to help out KLS basically because they asked,” he says. “Even though I haven’t been to the orchestra here in Louisville (I have two kids under 3), I have always enjoyed not only classical music but what the orchestra has been doing by adapting more modern and recognizable music into the series they perform. I also feel this is a great way to support the arts in general, which I have a deep appreciation for.”

The situation is a win-win for both groups … and for beer drinkers in this city who are up for supporting a good cause. The first Symphonic Bock will be tapped Thursday night at the BBC at Theater Square on Fourth Street from 7-10 p.m. (I tried to get an early sample but was shot down … “still brewing,” Gnagy said.) The event will feature a live performance by the musicians of Keep Louisville Symphonic, including Nancy Staidle and her husband Scott, who were members of the first violin section of the orchestra and whose idea it was to approach BBC. “This fundraiser will help Keep Louisville Symphonic producing and promoting full-time, full-size professional symphonic music in Louisville and Kentucky,” she says. “We are excited about this event and hope you are ready to party like a Symphonic Bock star.” Be there, or be without an orchestra.

Drunk Texts of the Week
• Who put this sparkler out in my bud light?
• Is it bad form to pre-game the brewfest?
• I wish Gannett would lay off this hangover!