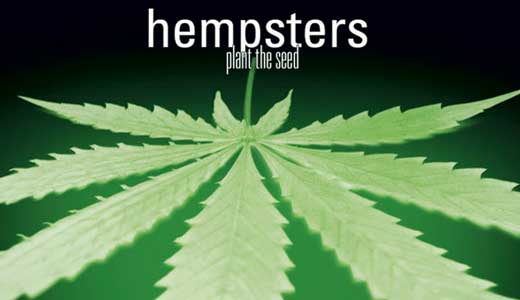 This wild, unrepentant doc on our nation’s paranoid devotion to marijuana was filmed largely rat-cheer in Kentucky. From Woody Harrelson’s arrest (and acquittal) for planting hemp seeds, to toked-out whacko/lawyer and perennial goober-natorial candidate Gatewood Galbraith, the (blue)grass state is chronically well-represented. A fun ride focusing on the many larger-than-life characters who now populate the, er, grassroots movement to make it legal, once again.

A fun, crazy biopic on Jesco White, “the dancin’ outlaw,” who went from West Virginia reform school to Appalachian jail and finally an insane asylum before turning his life around thanks to clog-dancing. Well, in truth it was actually “mountain dancing,” a frenzied form of banjo-accompanied tap and clog. Hey, whatever works. Stars Edward Hogg and Carrie Fischer, with Muse Watson as the pappy who taught him to stomp, hoping it would “work summa the piss outta the boy.” Fun.

Disclaimer: There are no purple dinosaurs in this movie. But there is Paul Giamatti doing one of those artsy-fartsy indie romantic comedies he’s so fond of, along with daddy Dustin Hoffman and his three outrageous wives: Rosamund Pike, Minnie Driver and Rachelle Lefevre.

The ’80s were just beginning to discover the teen slasher flick when this rarely seen indie gem arrived. Very few remember it, despite a cast that includes K.C. Martel (“E.T.”), Joe Penny (“Jake and the Fat Man”), Michael Dudikoff (“American Ninja”), Susan Strasberg, Jose Ferrer, and MTV babe Julie Brown — who does a nude dance number! A trio of bad widdle kiddies go berserk on their collective 10th birthday, butchering every adult in sight. One of our guiltiest of pleasures, now in a crystal-clear print.

Fans of imported documentaries will love this well-chosen three-pack of offerings from Canada, Czechoslovakia and Italy. We especially liked “Waiting”: Three Canuck/Newfoundland filmmakers go to Cuba to interview Castro — but Fidel keeps them at arm’s length for weeks. Running out of time, they start filming themselves, asking questions about why this trip is so important to them personally, and to the world. You find inspiration in the darnedest places.

This was HBO’s first-ever mini-series, here edited down to a “manageable” five freakin’ hours. All hell whirls through colonial India of the 1800s, much of it centered around the forbidden love of a British officer for an Indian princess who has been promised to another. Aka “Blade of Steel,” the anglo-stars include Ben Cross, Amy Irving, Christopher Lee, Rossano Brazzi, Omar Sharif and Sir John Gielgud.

HOW THE UNIVERSE WORKS

Mike Rowe narrates this terrific bit of CGI science from the Discovery Channel, focusing on how the machinery of our cosmos (Greek for “ordered universe”) builds stars, planets, life and you. A terrific look at the gears of the universe, still churning away.

A comedy about two attractive young couples, one American and the other from Russia and Columbia, who switch partners in a misguided attempt to get green cards and stay in this country. A bit of romance, some flirting and morning skinny-dips: What more could you want?

One truly icky doc on everyday, real-life homes like yours, secretly infested with cockroaches, rats, bedbugs and all manner of other vermin who suddenly swarm in and take over the joint. You’ll have the phone in your hand calling Orkin before this thing’s half over.

When Josh Hopkins returns home to bury his dad, the last thing he expects is to become attached to a clever 17-year-old cousin (Rachel Kitson), who is newly pregnant and alone. Trying to help her out, he becomes attracted to her married teacher. It’s all nicely bittersweet and life affirming; a very watchable chick flick.

A tense and vibrant biopic on the famous WWII Norwegian saboteur whose brilliant campaigns against the Nazis made him a national hero. This is gangs of subtitled fun in its own right, but the bonus goodies are truly a cut above, including a doc that compares the film’s recreations of Manus’ exploits with newsreel footage from the day. Recommended.

In many ways, director Russel Mulcahy defined the term “music video” back in the ’80s, and the pale offerings of today are mere shadows of his genius. This A&E doc includes some of his best, including work by The Buggles, Duran Duran, Elton John, Fleetwood Mac, Queen, Spandau Ballet, Bonnie Tyler, Culture Club, Fleetwood Mac, and Kim Carnes, plus great interviews with the stars and lots of never-before-seen behind-the-scenes moments. Recommended.

A fun, if all but unknown, zombie flick from Germany about a man who goes to visit his ex-girlfriend, Gabi, finding only a plumber working at her house — just as a viral zombie outbreak begins. The two come up with clever and inventive ways to dispatch the rotters, then go searching for Gabi.

SEASON OF THE WITCH

Nicolas “No Talent” Cage, with much-needed help from Ron “Hellboy” Perlman, Stephen Campbell Moore and Stephen Graham, tries to cure the Black Plague by burning suspected teen witch Claire Foy. As much as we hate Cage, his banter with Perlman is terrific, and the CGI, while obvious, is kinda fun. Not bad.

Zack “Watchmen” Snyder makes an unapologetic, damn-big, noisy, sexy videogame of a movie starring Emily Browning as a one-woman wrecking crew in a tiny skirt who drops into a flashy dream world whenever “real” life becomes too weird. The great thing is you can’t tell the two apart! A visual explosion with Abbie Cornish, Jena Malone, Vanessa Hudgens and Jamie Chung.

Jang Dong Gun stars in this damn-fun martial arts flick set in the American Badlands, but the real kick comes from his co-stars: Geoffrey Rush, Kate Bosworth and Danny Huston! Worth checking out.