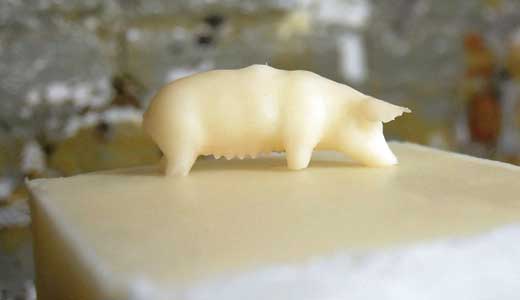 ‘It’s All in the Peripherals’ @ Gallery M

Inspirations cited by Junior Boys for their new album, It’s All True: “Namely Orson Welles, Howard Hughes, China, in particular Shanghai, Japan (the band, not the country), Banana Ripple ice cream, Carl Craig and analogue synths, but mostly Orson Welles.” The thing is, though, I don’t think they’re making shit up just to play off of their album title. They’re Canadian, and though they make dance music that carries an air of urban ennui, sophistication and glamour, they are earnest about it all. I spoke with member Jeremy Greenspan last week, and he told me, “I think of us more as a pop group, but our roots are in dance music, electronic music, stuff like that. We don’t necessarily make pop songs, but we don’t want to alienate anyone. We make pop music that makes you think.” But maybe I made that up. Fellow Canadians Miracle Fortress and locals OK Deejays open. —Peter Berkowitz

Cities: How do they work? Unlike, say, magnets, the urban form and the questions it poses to architects, city planners and movers-and-shakers aren’t miraculous or mysterious. In fact, they’re the bread and butter for the Urban Design, whose latest Sustainable Cities forum, “Ideas About Cities and How to Shape Them,” will provide ample discussion on how the layout and character of a city influences the life lived within it. In a first for the series, the forum will include a panel discussion, featuring (among others) 21 Century Parks’ Dan Jones. The forum is free, but you’d better RSVP on the studio’s website just to be secure a spot, which might be tight considering that Heine Brothers Coffee and Ramsi’s Café will be catering the event. —Jonathan Meador

Umphrey’s McGee has built a loyal following since forming in 1997, with constant touring and high-profile spots at Bonnaroo, Forecastle and elsewhere. The band returns in the Iroquois Amphitheater Summer Concert Series, bringing its own unique take on improvised rock. They support the sharing of fan-recorded shows, a la the Grateful Dead and Phish, and are frequently lumped together with other artists in the jam band scene. Musically, though, they draw more from prog rock, with heavier rhythms and arrangements. Their studio albums showcase their writing skills, but it’s the concerts that demonstrate the band’s ability to stretch out. 2007’s Live At the Murat is their most recent official live release, boasting intense interplay and great engineering. More recent live shows find them frequently exploring songs from 10-20 minutes, with segues from one tune into another. Come early for opening act Black Joe Lewis & the Honeybears and hope the weather is cooperative. —Martin Z. Kasdan Jr.

The new kryptonite may be underperforming 401Ks and plunging consumer confidence, as we learn from the goofy new superhero comedy “Wingman.” Shot entirely in Louisville by Louisvillians, the low-budget indie premieres Friday with a one-night showing at Village 8 Theatres. “Wingman” stars Kent Carney, named Best Comedian in the 2010 LEO Weekly Readers’ Choice issue. Fredicus, the production company behind “Wingman,” came together in 2009 during Louisville’s 48-Hour Film Project. Producer/director John Vanderford and writers John Cosper and Dennis Grinar Jr. are the creators of “Wingman,” a documentary-style story that follows an unemployed superhero’s sidekick during the recent economic downturn. After he is let go by Captain Python (Tim Gooch), Wingman endures a series of odd jobs until being forced to join up with the bad guy: Python’s arch nemesis, Mr. Big (Tad Chitwood). —J. Christian Walsh

In conjunction with the recent release of “Two Centuries of Black Louisville: A Photographic History,” U of L’s Photographic Archives is hosting a special exhibit of some of the images featured in the book. The photos span nearly a century from the late 1800s through the mid-1970s, and the subject matter mostly covers everyday life. Authors Merv Aubespin, Ken Clay and J. Blaine Hudson drew from several of the archives’ collections for the book, which features more than 450 photos. “The compilation of these photographs coupled with the history outlined in the text portrays a vivid account of this major part of Louisville’s history,” says curator Elizabeth Reilly. “The images on exhibit will offer a glimpse into what this book has to offer.” —Sara Havens

Awesomer Than the Devil is the third and latest album from Police Teeth, which should hopefully help you understand their perspective musically and, well, worldwide. Confidence is clearly not a problem for the Seattle-based melodic rockers, who can surely count on meeting the devil herself at Cahoots on Saturday night. Come out and pogo along to hits like “Dude Handlers Permit,” “Motherfuckers Move Slow,” “Rock ’n’ Roll is a Pyramid Scheme (Parts 1 & 2),” “I Made Out with You Before You Were Cool” and “Dickhead on a Bike.” Label mates ifihadahifi (read it out loud), from Milwaukee, and locals Trophy Wives will also bring the rock action. On top of all that, the concert will serve as a birthday bash for Trophy Wives’ rhythm section, so make sure they don’t pay for their own drinks, OK? —Peter Berkowitz

A picture of 1930s America typically looks pretty grim, but there was still some booty-shaking — or should I say rug-cutting — going on, along with the jazz, art and literature streaming from the Harlem Renaissance. One of Broadway’s best musicals, presented by Music Theatre of Louisville, “Ain’t Misbehavin’” is a tribute to jazz legend Fats Waller and is a swanky, lively celebration this cultural movement. Speaking of jazz legends — the pianist for the show is none other than Harry Pickens himself, and the show is under the expert musical direction of jazz stylist Gayle King, whom you may have seen (heard) sometime in your life, like accompanying a show at Actors, MTL or Pandora. Come on down — the roof is rockin’, the neighbor’s knockin’ … —Jane Mattingly

New poetry collection “Your Father on the Train of Ghosts” was developed when a torrential cloudburst of collaborative ideas conveyed in emails between G.C. Waldrep and John Gallaher maintained intensity until it was almost time for someone to build an ark. Publisher’s Weekly likened the result to early John Ashberry, what with all the “estranged speakers, fluid situations and shifting pronouns.” The generous volume represents the fourth collection from Waldrep, who’s a professor at Bucknell. Gallaher is also an academic (at Northwestern Missouri) as well as an active blogger. The poets’ joint appearance at 21c Museum is part of a monthly reading series co-sponsored by Sarabande Books. —T.E. Lyons

‘Hideouts and Spaces Between’

If you’re walking around Louisville in the next couple of weeks, you may stumble upon some hidden pieces of art from local artist Ashley Brossart. She has recently completed a two-part, linked exhibit — one finds a home at Sunergos Coffee on Preston, while the other is scattered throughout various locations in the city. The paintings in the coffee shop incorporate the stencils used for the drawings hanging around the city. “My intention with the drawings is that they serve as a second element to the work — a type of treasure hunt. The viewer finds the drawing somewhere in the city and can then look at the larger works and discover which painting the drawing references,” Brossart says. “It’s self-referential like a map or diagram.” The exhibit will be at the Preston location until July 1 and will move to Sunergos Beechmont on Woodlawn Avenue after that. —Brandi Terry

Patrick Jilbert may be young at 27 years old, but he’s already made quite the name for himself on the Louisville art scene and beyond. Having been an artist since his teen years, he’s since done work for WHY Louisville, Creature Skateboards and Urban Outfitters. Jilbert has done art tours across the United States and Canada, but his latest exhibition is closer to home. “Creep Deep” features various paintings and drawings he describes as “creatures gettin’ loose.” Jilbert says he enjoys art because he can create his own world. “There hasn’t been anything I have experienced that has been more enjoyable or liberating,” he says. The exhibit will be up through mid-July, which should give you plenty of time to step into Jilbert’s world. —Brandi Terry

‘It’s All in the Peripherals’

Thanks to Sinatra, many people believe “If I can make it there, I’ll make it anywhere.” “There” is New York City, the place many visual artists still flock to make their name. Aaron Raymer, formerly of Louisville, is one of those artists. He’s brought, in reverse, a little of NYC here with his group exhibit “It’s All in the Peripherals.” The seven artists — Ernesto Burgos, Christopher Chiappa, Rico Gatson, Eun Jin Kim, Thomas McDonell, Michael St. John and Raymer — are connected by location and, in a way, by their differences.

Raymer selected these artists “for their varying styles and approaches to art making,” he says. “As a whole, they play off each other and share commonalities. There is a literal and figural sense of repetition and/or pattern throughout the work.” —Jo Anne Triplett

Sometimes you just have to push the envelope, and that’s what the Center For Neighborhoods’ PAINT program has done. Their second public project, by artists Russel and Shelley Vaughn Hulsey, is in Schnitzelburg. The oversized envelope sculpture, mounted on the side of Zeppelin Café, functions as a mailbox of sorts. The public slot is for correspondence from residents to be read by the Schnitzelburg Area Community Council. The letters in the private slot hold “Our Heart’s Desire” and will be shredded at the end of the project. “We really want to emphasize how important it is for artists to be leaving their studios and working in community-public settings,” says the center’s creative director Hallie Jones. “This project really engaged the neighborhood and serves as a mode for communication.” —Jo Anne Triplett