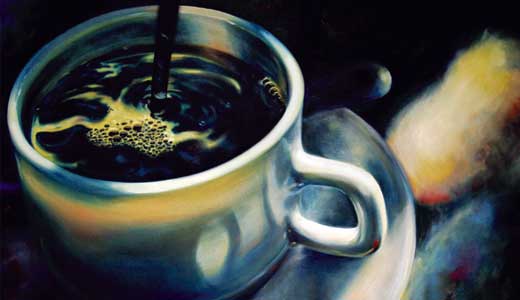 Summer’s here, and the time is right to let your freak flag fly. Or, at the very least, to not fall into perpetual doldrums. If you want to learn good coping strategies for surviving as a creative individual, check out the pair of accomplished individuals at Second Story Books’ reading/signing event. At tender ages, they’ve gone off in some odd directions that made impacts and garnered insights that are captured in unique collections. Cassie Sneider is a child of Long Island whose story-album “Fine, Fine Music” captures the rough edges of growing up as a bookstore-loving outsider in the land most often glimpsed only through Billy Joel’s anthems of attitude. Bil Brown’s work in photography, illustration and poetry can be found in some astoundingly far-flung venues and publications, but his last five years looking into the nature of art have been compiled in “Art Work I.” —T.E. Lyons

After creating work for people and companies such as Mos Def, Lady Sovereign, Nike and Converse, Chicago-based artist Cody Hudson is collaborating with the Louisville Graphic Design Association (LGDA) to lecture on his 15 years of work running a design studio. Hudson will speak about the intersections of art and design during his career, using print and video work to convey his message. “He is such a multidimensional artist recognized for his simplistic and aesthetically clean designs,” says Amber Glisson, president of the LGDA. “I love that he has found success in doing something that seems so personally expressive and evocative.” In addition to being an artist, Hudson is also an author (2008’s “Save My Life”) and both founder and creative director of Chicago design firm Struggle Inc. A signed print will be given away at the presentation, so count this as a chance to add to your art collection. —Brandi Terry

Like Strawberry Magic Shell and “Dukes of Hazzard” lunch boxes, they just don’t make arena rock bands anymore, and frankly, that sucks. Everyone has her top 5 favorites — and I’m sure somewhere on that list are Journey, Styx, Survivor and REO Speedwagon. Journey is at the top of my list, with REO in a close second. REO is celebrating their 30th anniversary this year with a summer tour, and they’re stopping at the Iroquois Amphitheater Thursday with so much ‘80s nostalgia you can pour it over ice cream and it’ll harden. Seriously — if you’ve never heard “Keep on Loving You” or “Take it on the Run” live, then your hair and heart aren’t big enough. You can’t fight this feeling to catch up with Kevin Cronin and the boys, so don’t. The concert is part of WQMF’s Summer Concert Series. —Sara Havens

If folk is the new indie, or punk, or whatever color is something today, then Doug Paisley is its new king. In other words, this Toronto native is today’s Gordon Lightfoot (a favorite singer-songwriter of both Bob Dylan and yours truly). The Canuck has been performing for more than a decade in various incarnations and collaborations, including time spent on the road with Bonnie “Prince” Billy, achieving deserved recognition with recent solo albums. The latest, Constant Companion, is a gold mine of beautiful melodies and serious lyrics. (The album cover, meanwhile, is a creepy/cool photo of Paisley and a life-sized dummy version of the man. The dummy has a perfect replica of Paisley’s artfully tousled bedhead, which I’m choosing to see as a joke about musicians.) Paisley has made a habit of passing through Louisville, befriending local talents such as Joe Manning, a LEO columnist and master singer-songwriter himself, who will open this show. —Peter Berkowitz

Huggy Lowdown, the international comic of mystery, is headlining The Improv this weekend. Dressed to the nines in his “Spy vs. Spy,” double-breasted suits, Lowdown will be hilariously assaulting the crowd with rapid-fire punch lines from the moment he takes the mic. Making his name on Tom Joyner’s syndicated radio show as the entertainment and gossip reporter, Lowdown stood out to become an audience favorite as he cut Hollywood’s witless with his own brand of wit. Now on tour, he’s headlining shows in every one of Joyner’s markets, finally bringing syndicated radio to the stage. I’m looking forward to Lowdown leaving his impression on the bluegrass. —Brent Owen

Before miniature versions of normal-sized items became an accepted part of American consumer culture, there was the bonsai. Literally meaning “plantings in a tray” in Japanese, the ancient art of pruning the tiny tree predated our national commercial obsessions and continues to fascinate and engage admirers and practitioners with its emphasis on harmony, choice and the submersion of the artist’s presence. Thus, it is with no small acclaim that the Greater Louisville Bonsai Society is hosting the city’s first international bonsai symposium. More than 30 vendors from across the globe will offer workshops, demonstrations, tool kits and, of course, bonsai trees. There will also be a juried contest where the artists submitting the three finest dwarf trees will receive first, second and third place prizes of $500, $300 and $100, respectively. —Jonathan Meador

Thrust Theatre, U of L

New York City is often considered the Mecca of all things theater, and thus, it is a perfect setting for the newest play from Pandora Productions. “The New Century” is based on a collection of short stories by playwright Paul Rudnick and follows three main characters: Helene, Mr. Charles and Barbara Allen Diggs. Helene is the proud mother of three gay children and member of Long Island’s POLGBTQCCCO (Parents of Lesbians, Gays, Bisexuals, the Transgendered, the Questioning, the Curious, the Creatively Concerned and Others). Mr. Charles co-produces a TV show called “Too Gay?” and writes gay-themed children’s books. Barbara Allen Diggs is a cake decorator who makes crafts to honor her gay son. These three worlds ultimately collide, leading to some difficult circumstances and questions. —Brandi Terry

The Filson Historical Society is a wonderful group that helps remind us self-important punks that stuff happened before last week. Like, even though its cultural relevance has perhaps waned slightly in the past few generations, we need to remember to add “home of jug band music” to our list of proud Louisville cultural accomplishments. (Insert Fourth Street Live! or Yum! Center joke here.) (Those rich people love exclamation points!) A truly fun, awesomely expressive music of the people, jug bands have delighted audiences of all ages, especially in river cities, since the 1920s. For this special night of “Music Under the Trees” at the Historical Society’s Oxmoor Farm land, locals the Juggernaut Jug Band will perform for shaded picnickers using jugs, kazoos, washboards and washtubs. Attendees are invited to bring Frisbees and kites. —Peter Berkowitz

Watch out, Main Street. Here comes the Pride Parade Friday night — with a fleet of floats and a mass of marchers celebrating unity, diversity and acceptance for Louisville’s LGBTQ community. This year’s parade theme is “I Am One, We Are Many,” and the grand marshal is Chris Hartman, director of the Fairness Campaign, which is now in its 20th year. Saturday’s festival at the Belvedere features live music and performances from Dangerous Liaison, The Blue Umbrellas, Jenn Stout, Cazwell, Roxy Cottontail and many more. As always, the Pride Fest is open to all who are open-minded, and there’ll be food, beer, hot ladies and more. Come celebrate Louisville’s diversity — as a city, we were born this way. —Sara Havens

Louisville has a long history of encouraging many forms of experimental music, an umbrella name for what can evolve out of jazz, metal, folk, electronic and other proven styles. To be an experimental musician, most likely you will push the boundaries of whatever conventions your particular genre relies on, often to the point where melodies and other structural elements are removed or obliterated. It’s uneasy listening often, and intentionally so. Why do what others have already done, right? OK, so it can sometimes be more academic than fun, but someone’s gotta push through to the next level for the rest of us. This festival brings together some of our most interesting purveyors of noise and other ideas, beginning Tuesday at Lisa’s Oak Street Lounge, then moving on to ear X-tacy, Club 21, Derby City Espresso and back to Club 21. It’s the anti-Bonnaroo in many ways, and that’s what’s great about it. —Peter Berkowitz

“Artists tend to have something of a different view of things,” Lee Wade says. “I see beauty in something as simple as a perfectly rendered shower head, the supple curve of a woman’s lower back, light reflecting through a glass of bourbon and perfection in my children’s eyes.” Kind of sums it all up, doesn’t it? Wade is a man who has one foot in the fine art world and the other in graphic design at Wade Illustration & Design. When it’s time for his own work, he paints nature and scenes of everyday life. “Creating fine art has always been my passion and is becoming more of a vocation at this point in my life,” he says. —Jo Anne Triplett

Teri Dryden hasn’t lived in Louisville long, and neither has Andrew Hudson. So it’s good these newbies found each other. Hudson opened his green/sustainable interior design store last year. Turns out he was once an antique book dealer, and felt “an instant connection” with Dryden’s use of discarded books in her work. “My exhibition ‘Ex-Libris,’ meaning ‘from the collection or library of,’ is a series of mixed media collages created exclusively from discarded books, which are both sad and beautiful to me,” Dryden says. “I am intrigued by the power of books … I’ve become passionate about giving them new life as art in another medium, and my intent is to create work that inspires the viewer to delve deeper and look closer to discover beauty in new truths.” —Jo Anne Triplett