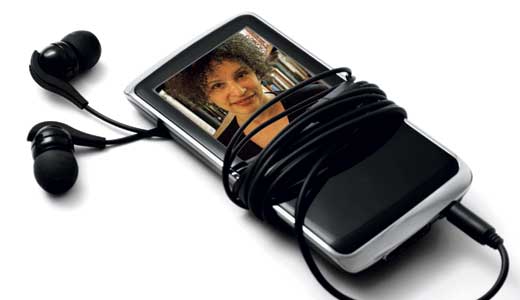 Every time I hear Gretchen Holbrook Gerzina announce her name, I think of Bosnia-Herzegovina. That place geographically may be far from her background, but conceptually, not so much, as her whole life sounds balkanized, only in a good way.

The New York Times recently ran a story about how college applicants and job seekers often stumble over the ethnicity question on forms they are filling out. The ol’ U.S. of A. truly has become a melted pot, to the point that the categories no longer make sense.

It’s probably been a few decades since Gerzina had to fill out an application, but the ethnicity question has to have been a stumbling block for her all along. She was born in Michigan to a white mother and a black father, spent most of her childhood in Massachusetts, attended college and graduate school in Vermont, Kentucky and California, and has taught at Vassar, Exeter, Oxford and Dartmouth. She has written books on super-privileged Brits Dora Carrington and Frances Hodgson Burnett, but she has also written two books on the history of black life in England, and they are the kinds of books you won’t want to read on an e-reader.

This woman is smart, is what I’m saying. Smart. Yet she is in no way a showoff and doesn’t seem to have an uppity bone in her body. It’s hard to believe her radio show is not more widely syndicated, as she is right up there with Eleanor Wachtel and Harriett Gilbert (previously described in this column) in knowing how to conduct a warm and thoughtful interview.

“The Book Show” runs on WAMC radio, which is broadcast out of Albany, N.Y. I would never even have come across it if not Googling one of seven other programs I listen to called “The Book Show.” (Note to publicists and producers: Please, people! If you want to save the printed word from eternal damnation, come up with a moniker besides “The Book Show.” Imagine if LEO were called “the alternative paper that comes out every week.”) On the other hand, would I have found it (or Gerzina) if it had not been called “The Book Show”?

The first interview I heard her conduct was with Mat Johnson, author of “Pym” and “Incognegro.” When I read a couple of earlier reviews of “Pym,” I’d dismissed it as too science-fictiony sounding. But then I heard Johnson read from the book, which is blisteringly funny, and the way he talked to Gerzina made me want to go hang out with both of them, so I started listening in to the rest of Gerzina’s half-hour interviews. Before you forget, don’t be a fool. Go get a copy of “Pym” right now.

One unusual quality of the show is Gerzina’s blend of widely and little-known authors of both fiction and non-fiction and the way she mixes it up from one week to the next. Sarah Vowell, for instance, will be followed by Colm Toibin, and Salman Rushdie might be followed by Lydia Davis. If you don’t know who Lydia Davis is, you’d best go find out.

You would never know from these dialogues that Gerzina is an academic. Oh yes, she’s plenty versed in the history of literature, but she doesn’t wear it on her sleeve or in her voice. And she doesn’t shy away from asking uncomfortable questions, such as when she asked Alexandra Styron, “What was it like to be an afterthought to the great William Styron?” and “How did your father respond to all of the African-American criticism of Nat Turner as having homosexual leanings?”

And finally, there’s this little bonus. At the end of each program, Gerzina plays a fitting piece of music. So after interviewing Sarah Vowell on her book about Hawaii, Gerzina played Israel “IZ” Kamakawiwo’ole’s “Over the Rainbow,” which made me have to get up in the middle of the night to download the song.