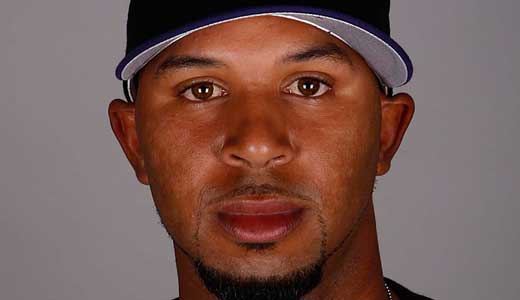 Pitcher Nick Christiani got the news in the usual baseball way — unexpectedly. One minute he was a youthful prospect with the Carolina Mudcats, just barely into his second year of professional baseball. The next minute he was on his way to Louisville, one stop from the major leagues.

“I was getting ready to get on the bus for a road trip when the manager called me into his office and told me I was going up to Triple A,” says Christiani, 23. “You’re so excited, you don’t even know what to think about it. Just pack up all the stuff you can get in two bags that don’t weigh over 50 pounds, catch the plane, and get up here.”

Two nights later, Louisville Bats manager Rick Sweet signaled to the bullpen to bring Christiani in to save a game — which he did. And he did it again the next night. The right-handed reliever, out of Linden, N.J., and Vanderbilt University (Christiani beat U of L here in the 2009 NCAA Regional), is now into his third week with the Bats, still getting hitters out. And if his story sounds like something straight out of the movie “Bull Durham,” it’s because the movie got minor league baseball right. For a game played at a dignified pace, circumstances may change very quickly.

“Back in Carolina, I had a lease with some other guys on an apartment, but a guy coming in will probably take that over — and I’m sure he’ll be thrilled with the ‘master suite,’” Christiani says. “It’s the way baseball is: You just pack your stuff up, wish everybody luck and leave your key on the counter.”

So, when a player on the Reds major league roster goes on the disabled list, manager Dusty Baker can usually fill that spot by calling up a replacement from Louisville. Like tossing a pebble in a pond, the ripples don’t travel very far.

But with the raft of injuries that have plagued the Reds pitching staff this season, the player movement necessitated throughout the organization has been more like dropping a boulder in the water — with waves lapping across the lake. To replace all the hurlers it’s hustled to Cincinnati, Louisville has added several pitchers from Carolina, which, in turn, has brought up its own replacements.

“And it’s not quite the same for us as the big leagues,” Sweet says. “I always send the Reds my best pitcher available. But very seldom does that happen coming to us. Maybe our best pitcher down there is a young guy, but they won’t send him because he’s not ready to come to this level.”

Christiani might be an exception, Sweet says. “He’s absolutely one of the top prospects in the organization. I’ve been begging for him the last two months. And they’re only doing it now, not because I need him, but because they feel he’s ready to come.”

Things also happen behind the scenes. When a move involves the Bats, the Reds notify Bats athletic trainer Jimmy Mattocks, who sees to whatever baseball needs an incoming player might have. And they call Earl Stubblefield, the Bats director of baseball operations, who books hotel rooms and attends to details that might normally go unnoticed.

“One little thing we pride ourselves on is getting a new player’s uniform right, with his (cloth) nameplate on his back,” Stubblefield says. “If we find out at 1 o’clock about a player coming in, I’ll call over to Action Embroidery in Jeffersonville, and they’ll have a new name plate made and stitched onto a uniform jersey in time for me to pick it up by 5 — and get it to the player in time for batting practice before that night’s game.”

Pitcher Daryl Thompson got his latest call-up call at 2 a.m., with Carolina manager David Bell telling him to get to the airport to catch a 7 a.m. flight. But Thompson wasn’t headed to Louisville. He was being called to the majors — to join the Reds on the road in Philadelphia.

“It was funny,” Thompson says. “I got the call at 2 a.m., was at the ballpark by 3 to get my glove and baseball stuff. Then I stopped at Wal-Mart about 4 in the morning to buy a couple shirts and pants to have something to wear. But when I got to the airport, they told me they didn’t have a reservation for me, and the plane to Philly was booked full.”

Now, that was a problem. What good is getting called up, if you can’t get there?

“At the airport, they figured out I had been ticketed out of Norfolk, Va. — don’t have any idea why — and they worked around and finally came up with a seat on a plane so I could get to Philly by 1 o’clock in the afternoon.”

That night, Baker brought Thompson in against Philadelphia — with the Phillies sitting on the best record in baseball and the ballpark sold out.

“After I took my warm-ups, I paused for a second on the mound,” Thompson says. “Before my first pitch, I looked down. At Carolina, I was supposed to be facing the Birmingham Barons that very night. I look up — bam! It’s the Phillies.”

Thompson savored the moment, of course. The next day he was sent on to Louisville, which, Thompson says, is exactly where he needs to be right now. With the Bats in 2008, Thompson was the Reds’ top pitching prospect. But after a promotion to the Reds he injured his shoulder, and is just now rounding back into form. The 25-year-old says he needs regular starts in Louisville to get his “energies” back up for another run at the majors.

He’d also like to get back to Carolina sometime to pick up his truck at the airport.