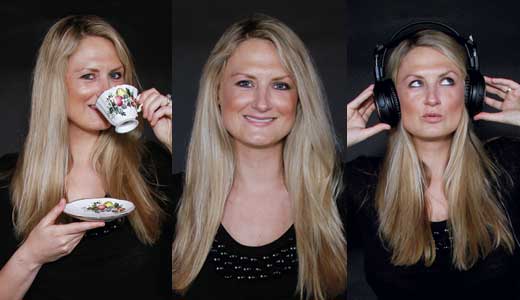 I grew up in England, a country full of people as proud of its musical heritage (The Beatles, Pink Floyd, Led Zeppelin, Radiohead — ’nuff said) as we are of our ability to drink copious amounts of gin and tonic while quoting Shakespeare. Due to my birthplace, country music wasn’t part of my repertoire as a child. Sure, we all knew Dolly Parton — but for her glitter-coated pink bosom and not her vocal ability.

This all changed during my teens in the early 1990s, but not in a good way, I hasten to add. First came Billy Ray Cyrus and his aching, breaking heart. This track sent the unfortunate message across the pond that you Southerners all sported unattractive mullets and high-waisted, stone-washed denim. Then, a year later, an inexplicable chart favorite by the aptly named (and seemingly toothless) band Rednex started a craze for line dancing in my motherland. You could not attend a wedding in 1994 without being whipped into a fevered frenzy when “Cotton-Eyed Joe” came on. Grannies would be flung into buffet tables as Cockney relatives screeched “Yeehaw!” and horny bridesmaids attempted to grapevine seductively despite being draped in yards of pastel satin. But after these two anthems, the country craze quieted down, and we, as a nation, returned to sitting glumly in dark rooms listening to The Cure or getting wasted to dance tracks on the party island of Ibiza.

At the age of 29, I moved to the grand old U.S. of A. To New York, to be precise, to edit a celebrity tabloid. The Southern transplants who worked with me in the Manhattan office tried to force my focus away from the A-listers who were scandalizing Hollywood and toward the showbiz shenanigans of Nashville. I kept hearing the phrase “real America,” and that coverage of Tim McGraw and Carrie Underwood was what our readers really wanted. The trendy Brooklynites would sneer at such suggestions in editorial meetings, dismissing country as something for the “flyover states” and not worthy of our attention. Confused, I agreed to an at-home shoot with Rascal Flatts and a fashion story with Kellie Pickler and left it at that.

Then, two and a half years ago, I moved to Louisville, and the third thing I did (after visiting the Muhammad Ali Center and developing a taste for bourbon) was fall in love with country music. Yep, I’ve gone country. I don’t feel a ditty is complete without a fiddle or a steel guitar, and I can now see the relevance of a tune about a tractor and a ballad about beer. In fact, I find them so emotionally compelling that I often have to pull over the car when I’m driving to compose myself. Kenny Chesney’s “The Good Stuff” got me in such a state while I was pregnant and bursting with hormones that my husband banned me from playing it. At karaoke nights at Phoenix Hill Tavern (no, I don’t have the shame you natives have about admitting you actually love going there), I’ll choose a Sugarland song and sing it (impressively, I like to imagine, but you’d have to check with my Kentuckian pals) in your adorable drawl.

My friends in England despair of me. When they come to stay, I can persuade them to try a mint julep and pose with the wax model of Colonel Sanders in the Louisville Visitor’s Bureau, but I cannot get them to go near a Montgomery Gentry hit. My mates in the Big Apple assume I’ve lost it and keep sending me cooler CDs in the hope I can reclaim my sanity. But it’s not going to happen. I’m taking what Blake Shelton has to say to heart: “We all got a hillbilly bone down deep inside, no matter where you from, you just can’t hide it.” And, well, I don’t want to hide it anymore. I’m out and proud. An English girl with two dancing, prancing country feet.

Sarah Ivens is the founding editor of OK! Weekly and the author of “No Regrets” (Random House).