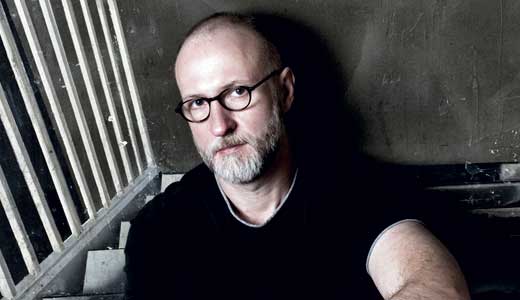 For a lot of people, the 1980s were a time of fun and frivolity; their memories of that decade (if they were there in the first place) involve Rubik’s Cubes, “Miami Vice,” big hair, shoulder pads and, of course, all the stuff they played on MTV back when MTV still played music videos: Culture Club, A Flock of Seagulls, Kajagoogoo, Def Leppard, Motley Crue, Phil Collins, Madonna, Michael Jackson. Everybody Wang Chung tonight!

For musician Bob Mould, however, the ’80s weren’t all fun and games. With his groundbreaking and seminal band Husker Du, Mould built an underground infrastructure that paved the way for the alternative rock boom of the 1990s. Without Husker Du, there would have been no Pixies, no grunge, no Nirvana.

Mould didn’t cure cancer or anything, but his cultural impact is undeniable, so it’s pretty cool that he’s written “See a Little Light: The Trail of Rage and Melody,” an autobiography that connects the dots of this fascinating journey. Bob Mould has gotten a lot of shit done, to put it mildly, and the book is a fascinating, engrossing read.

What makes Mould’s story even more interesting is the fact that in addition to the usual array of “Behind the Music”-style antics that befall our hero (abusive dad, alcohol and drugs) was the fact that Mould was a gay man in the decidedly hetero, aggressive world of hardcore punk. Although he has been loud and proud about his sexuality for a while now, back in the day he was a lot more circumspect — not closeted, but certainly not flying the rainbow flag, either. Couple that with creative tensions and increasingly ill-advised business decisions, and it was inevitable that Husker Du would fall apart. And boy, did they ever.

But as juicy as it is, the Husker Du story only makes up about a quarter of the book. There is a lengthy detailing of his first two solo albums, and after that, how he formed alt-rock darlings Sugar, a band that achieved all the success Husker Du seemed destined for (or did they?).

As a writer, Mould is frank and upfront; his style is pretty dry, but that works in his favor. He doesn’t shy away from telling his story, warts and all, and even acknowledges in the preface that not everyone will find his version of events 100-percent accurate. There are ample discussions of Mould’s songs, recording sessions and touring life to satisfy the music nerds, and there are plenty of amusing tidbits as well, like the fact that in the ’70s, Mould was a KISS fan who dressed up as Gene Simmons or that he wrote “Dog on Fire,” aka the theme from “The Daily Show,” or that he occasionally goes to Mass.

Better still is Mould’s recounting of how he briefly quit music and ended up working for World Championship Wrestling in 1999 — how’s that for punk rock? — and how he went from being deeply conflicted about his homosexuality to becoming the cheerful bear we know and love today.

Although the book comes to a bit of a crash-landing when Mould wraps things up by channeling his inner Stuart Smalley, his is one of the best autobiographies to come down the pike in a long time. “See a Little Light” is compelling from cover to cover.