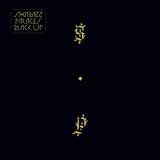 Ishmael “Butterfly” Butler, of ‘90s hip-hop trio Digable Planets, has been a musical nomad since the band’s split — from the smoked-out blues of Cherrywine, an aborted solo disc and attempted stage reunions of the Planets. Shabazz Palaces is his latest incarnation, a project filled with more questions than answers, more potential than satisfaction. When Kanye got bored of hip-hop’s bravado, we got the emo 808’s & Heartbreaks. When Andre tired of beats and rhymes, he cut The Love Below. Here, Butterfly (now Palaceer Lazarus) eschews hip-hop’s standard time signatures, and while fans of esoterica will adore it, initial listens can be difficult to get through. There are bright moments, often the songs in which the weirdness isn’t overwrought. “Youlogy” is straight to the point and keeps heads nodding, while “Recollections of the Wraith” and album closer “Swerve” are simply great songs — equal parts brilliant and disturbing. That the disc ends with a reprisal of his group debut’s Black is you, Black is me, Black is us, Black is free chant bookends his creative evolution perfectly.