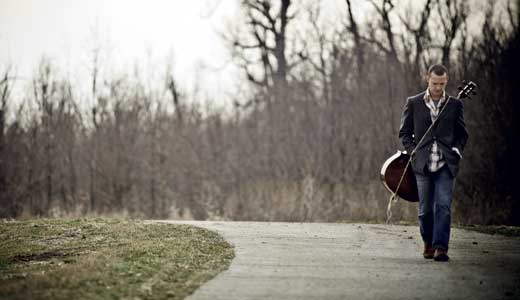 Ben Sollee is one of the most popular, acclaimed and surprising acts to emerge from Kentucky onto the national stage in recent years. The singer/cellist from Lexington recently released his second solo album, Inclusions, which Paste magazine said “… is as eclectic as Sollee, exploring post-modern jazz one minute and simple folk the next, with gospel themes running up the spine.” Sollee celebrates with a concert in the park this Saturday, which is preceded by a 5K walk and bicycle ride.

LEO: You’re making a video for each song on this album. What is the value of that medium for you?
Ben Sollee: Well, we’re trying. It’s a rich opportunity these days to explore all the other creative reflections of music through other mediums, like dance and visual art in video. Plus, it’s another chance to include pieces and parts of community in this project. Hopefully, we’ll be able to get all the videos done.

LEO: The intro piece on the album was inspired by the Basque country music of Spain. How did you encounter that, and how did it affect you?
BS: I came across a collection of Spanish folk music at a record shop in Ann Arbor, Mich., that Alan Lomax collected. The recordings from the Basque country were captivating. Many of the dances had elaborate, brash, cadenza-like openings that embodied a certain spirit. So (Louisville saxophonist) Jacob Duncan and I teamed up to create something unique from the idea of those recordings. On the album, it serves as a grand, stumbling entrance that adds to the drama of the heavy groove in “Close to You.”

LEO: You’ve worked recently with an Atlanta DJ and a North Carolina dance troupe. How do you choose your collaborators? How did these and other collaborations work out?
BS: Oh, I just try to work with good folks doing good things these days. Time is too short to do otherwise. I love collaborations because they always test my ideas, keep me honest and on my toes. My work with DJ 2nd Nature and Detroit-based DL Jones was seminal for this record, and I hope we can put out those tracks in the future as well.

LEO: NPR and USA Today have been full of praise for you. How famous can a cellist become in the pop world?
BS: Ha, a fun question … as famous as any other musician, I suppose. In the pop world, there’s certainly a stigma attached to the idea of a “star,” but, at the same time, the mold is broken often enough. Just trying to play some good music for the time being, though.

LEO: What do you do on the road when something happens to your cello?
BS: You mean other than me? … Well, we have an official shaman that can heal it from afar. Usually takes two to three days. In all honesty, though, we have had great fortune with people helping out from Twitter and Facebook when we’ve had serious breakdowns in the instrument department.

LEO: Who are some of your favorite Louisville musicians today?
BS: I think violinist Scott Moore is quietly making some really neat things happen with the 23 String Band and some of his own solo stuff. Obviously, I’m a fan of Cheyenne Marie Mize’s work, and I think Justin Lewis is building a nice story. I wish I could be there in the scene more … busy times these are, friends.

LEO: Anything else you’d like to mention?
BS: I just want to make sure to express my gratitude to Louisville for all of its support. This is a fun ride that would never have taken off without the warm support of the arts community and great audiences.