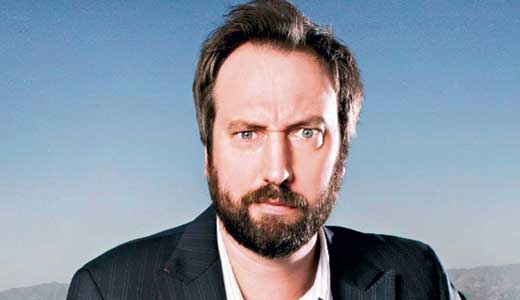 I suppose starfucking is one of the major reasons I got into journalism. I couldn’t act or sing to become a star, so I chose to write about them. Critique them. Judge them. Admire them from a closer stance than the average person. As a member of the press, I get easy access to celebrities. I get to talk with them when they come in town to promote something. Besides scoring free beer, it’s one of my favorite parts of this job.

Of course Louisville is no L.A., and LEO, much like myself trying to get a date, gets turned down often (Lady Gaga and Ashlee Simpson, I’m talking to you). We tend to get celebrities on their way up or, sadly, on their fall from fame. Whatever the case, I’ve talked to a lot of cool folks. My first interview for LEO was with Debbie Gibson. I was a nervous wreck — still more of a fan than a professional journalist. I stuttered, tripped over words and asked stupid questions. A few weeks later, I went backstage after her show to meet my pop idol, and she hid from me. Seriously.

A few years later, I interviewed Tiffany, who was gracious, kind and even gave me her home number in Nashville for the interview. Karma.

I once called Jordan Knight a bitch … but he liked it. I talked with Bea Arthur about which Golden Girl would win on “Survivor.” She said Sophia, of course. I got lost with Nancy Wilson on a coastal road once and she politely pulled over to finish the interview. Vanilla Ice poured Jagermeister in my mouth at an after-party. I talked to Brandi Carlile about songwriting and worshipping the Indigo Girls. The Hanson boys kept passing the phone around so much I had no idea who I was talking to, not that I knew before the interview. Kid Rock bummed a cigarette from me at Derby, and while chilling on a Churchill Downs balcony with Jerry O’Connell, he commented on my eyes and handed me a mint julep.

But through all this pandering to popularity, I’ve realized a few things — namely that celebrities are just like us with more money and that they tend to always let me down. Perhaps it’s my own fault for placing them on a pedestal. I mean, what am I really expecting to get out of 10 minutes with Joan Rivers? This is why I will never interview Julia Roberts. She is my hero, and because of this, I don’t want to meet her. Not even a little. OK, well maybe a lottle. But if it ended up like my recent chat with Tom Green, I would be devastated.

Tom’s coming through town this weekend to perform at The Improv (www.improvlouisville.com), and his publicist called to see if we wanted an interview. I thought it might be fun to talk with him about favorite drinks and drinking stories. His publicist loved the idea and said he would as well. But when I got him on the phone and started my questions, he balked. He gave PC answers and became increasingly uncomfortable. I was hoping for the crazy, spastic guy I saw on TV 10 years ago but didn’t get him on this day. I can’t fault the guy — he’s talking to a newspaper in Louisville, Ky., on Memorial Day. Sometimes you get the person you’re expecting — Kathy Griffin is awesome — and sometimes you get a robot who is spouting spoon-fed answers courtesy of publicists. Our awkward conversation went like this …

BB: Favorite city to go out in?
TG: Louisville, Kentucky! I’m excited about coming back. I did one show last year at the beginning of the tour, but this is the first time I’m doing a full weekend.

BB: Do anything you regret when you were drunk?
TG: Yeah, I’m sure I have. Just have to think for a second what would be fit for telling the media. Being on the road, I don’t like to get too drunk in public anymore.

BB: You don’t want to end up looking like Andy Dick?
TG: Yeah, he’s a friend of mine. I like him.
BB: Oh sorry. Shit.

Drunk Texts of the Week
• Crossing baxter is like starring in an episode of dancin w the cars
• My armpits smell like chicken soup
• These planes are so low, they might descend on my landing strip
• Karen carpenter gave me a cold!