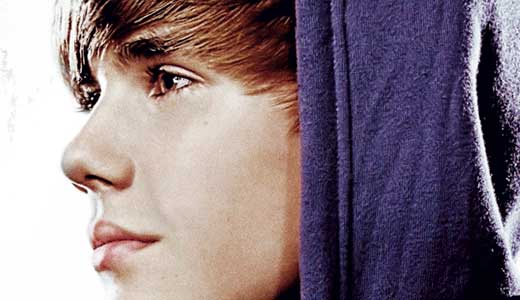 I SAW THE DEVIL

Korean director Kim Ji-woon (“A Tale of Two Sisters”) jumps into the revenge-flick business with both feet in this two-and-a-half-hour ode to unrelenting, brutal retribution. Byung-hun Lee stars as a secret agent who implants a tracking device in serial killer Min-sik Choi. Why? So he can pop up unannounced and torture him whenever he wants for the murder of his pregnant fiancée! Powerful, evocative and thought-provoking, but not for the squeamish.

This year’s Bobby Sherman (look it up) stretches his 15 minutes of fame to 105 minutes of movie. Actually, the first real teeny idol was probably Frank Sinatra, through he was far older than the girls who rocketed him to stardom in the early ’50s. Old Blue Eyes was followed quickly by Elvis. Not that Bieber can be mentioned in the same breath as those guys; he falls more in line with forgotten warblers like Tommy Sands, Johnny Crawford of “The Rifleman” and Luke Halpin of “Flipper.” Enjoy him while you can, girls. As soon as he enters puberty, it will all be over.

Popular doc on the lawsuit between Dole Foods and a dozen Nicaraguan banana-plantation workers over the use of pesticides, banned in America, that have left generations of Nicaraguans sterile. At stake is the future of such lawsuits around the globe, in which workers band together against the international corporations that hold them in something like slavery.

Why this didn’t play the theaters is beyond us. Sean Bean once again goes medieval, this time as an English monk who investigates tales of bubonic plague victims in a small village returning from the dead. Good stuff, with Eddie Redmayne, David Warner and Dutch beauty Carice van Houten.

A three-hanky weeper starring Ryan Gosling and Michelle Williams as a couple on the skids. He’s become a clingy drunken loser with rapidly disintegrating looks, while she still turns heads. To highlight the difference, the story moves back and forth in time, revealing how their attraction to each other has waned as life begins to swirl the bowl.

A pair of attractive young filmmakers return to their hometown to make a movie about “Cropsey,” a childhood boogeyman said to be responsible for a series of disappearances. What starts out as a cheezy urban legend grows into a fully adult nightmare when they stumble across the real Cropsey! Fun.

Hilariously bad indie tale of two escaped lunatics — created in a government lab using the DNA of famous serial killers — out for the ultimate bloodsport. Our only hope of containing this mayhem? A whiskey-soaked redneck warrior trained by a megalomaniac named God. Throw in an army of ninjas and Ethan Phillips (who once played at Actors Theatre) as a super-serial-killer, and you got yourself a movie!

DOCTOR WHO: TERROR OF THE AUTONS

First DVD release of Story 55, featuring Jon Pertwee as The Doctor, Katy Manning as Jo Grant and Roger Delgado as The Master. This is one of the most popular stories of the entire series, and one of the most requested on DVD, and depicts the Earth as being besieged by a robotic menace hiding in plain sight — as dime-store mannequins! Bloody spooky. Also available and new to DVD: Story 74, “Planet of the Spiders.”

A truly twisted bit of anime action set in the year 2310. A new sport has been invented, in which trained scientist-athletes use animal DNA to invent battling super-creatures. But it may all be a plot by an alien race bent on taking over our world. Original as hell.

Better known as “5up 2down,” this indie drama wallows in the excesses and drugs of NYC until one of its leads starts having visions of the 1800s. But this isn’t some silly paranormal/sci-fi spooker — his visions are of the underground railroad. What ensues is a spiritual journey that may or may not end in reality. Interesting.

One of the most entertaining films we know, now given the Blu-ray/Criterion treatment. Directed by Jonathan Demme, this screwball road-flick tells the story of Jeff Daniels, mature businessman, who — against his better judgment — picks up Melanie Griffith, a black-banged punkette puzzle named Lulu. They begin to bond, and Lulu morphs into blonde Audrey just as psycho boyfriend Ray Liotta shows up for an unexpectedly hard-edged showdown. Trust us, if you’ve never seen this, you are really missing something.

An amazing animated film from the director of “The Triplets of Belleville” (2003). An aging magician who has lost his audience to TV finds new vigor playing the pubs of remote Scotland. Bolstered by the applause, he returns to the big city only to find a teenage barmaid has followed him. He takes her in and, together, they face life anew.

Scream queen Tiffany Shepis, a frequent player for Troma Studios, once again finds herself bathed in blood in this tale of berserk psychopaths roaming northern California. They are after her boyfriend, part of a notorious motorcycle gang known for their savage ways. Shepis’ role really begins just as the carnage climaxes. A hit at Sundance, and another dead-on shocker for the Butcher Brothers (“The Hamiltons”).