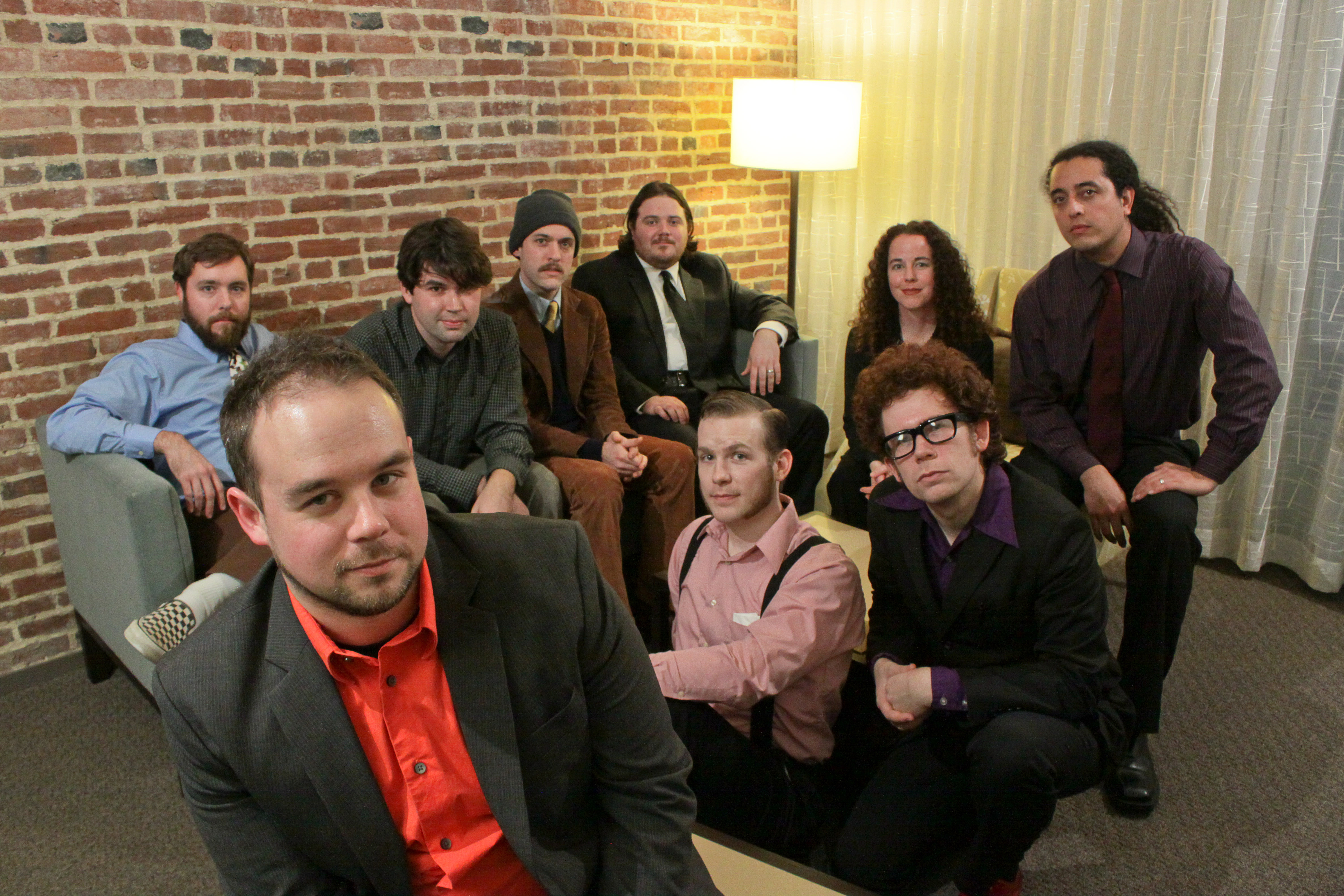 Lucky Pineapple plays its final show on Friday after a seven-year run making an unexpected mix of punk, lounge, jazz, gypsy and many other conflicting sounds for delighted locals — and a confused MTV audience. The driving forces look back:

It began with me and Joey Kelly, who I had been in bands with on and off for several years. Early on, we talked about writing “tropical” songs. We also wanted to make an effort to find people to play with that would bring a little more than the usual guitar/bass/drums instrumentation we’d used in earlier bands.

I certainly didn’t expect the band to get very far or last long. It wasn’t until (trumpeter) Su (Crocker) came in and we wrote “High Heels in the Sand” that I knew that was exactly what I wanted to do at the time. I recall thinking about weirder Mystic Knights of the Oingo Boingo arrangements as well as various types of folk music from around the world, and how we could fuse that with the more rockin’ bands that a few of us had come from.

As soon as I met Matt, I wanted to play music with him. He was the right kind of weird, and I was a big fan of a band he was in called Kelly, Darling and Dodds. So it was an honor to play with him in a band for so long. Of course, nobody needs to comment any further on how great of a drummer J.C. (Denison) is, or the really interesting and original “scenery” that (keyboardist) Brian (Sweeney) brought to so many of the songs. If I was to think about the one thing I miss the most about playing in Lucky Pineapple, I think it is probably just looking over and seeing Brian so into it.

We just wanted to write songs that we all liked and then play those songs in front of people, hopefully making enough money to be able to afford to record and then press those recordings on CDs or records or whatever. We started doing those things, and more opportunities started to present themselves, so we took the ones that seemed like a good idea, sometimes with ruinous results, sometimes with completely cool results, usually with somewhat confusing results.

Scheduling anything became an absolute train wreck, but we hung in there for a while. I’ve never been real into being in bands where one person writes the songs and then tells everyone else what to play … but trying to write with eight to nine people with that many different personalities and tastes also became a bit more than I think we could deal with. I think the last song we finished took close to a year on and off to write … hopefully we can play it for the first time at our last show.

Sometimes I think back on how a particular Lucky Pineapple song would come together, and it still fascinates me. I could never forecast how a song would end up. Most of the time that was a great thing. It’s a much easier thing to find some other “rock ’n’ roll dudes” that all want to do the same thing and make it work. It’s a bit more of a challenge to get a gang of weirdos like Lucky Pineapple together and make some music, especially for that long.

Having “Moment in an Empty Street” used repeatedly on “Jersey Shore” is both a highlight and a lowlight for me. It’s really the first time I’ve ever made any amount of money I’ve kept from making music, and I definitely needed it, but also, you know, it’s “Jersey Shore.” The song is actually a very personal one about my eventual death and leaving my wife alone and my lack of belief in any afterlife, so it kind of bummed me out to see it used as background music for monster-people fornicating in a hot tub. But whatever. To quote the scholars: You’ll have that.

It’s a band that will never easily be classified or described, and there should be more music like that.

I’ve loved being in this band. I love almost all the songs we wrote together and like the ones I don’t love.