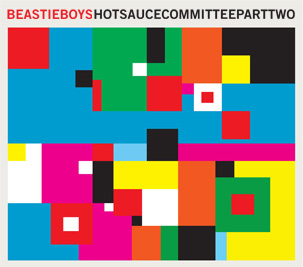 The Beasties clearly learned the right lessons from To the 5 Boroughs and The Mix-Up, two fine but decidedly homogenous albums that proved the group works best by integrating, not isolating, their myriad musical obsessions. Here, they return to the kaleidoscopic sprawl of their ‘90s masterpieces, fusing Hello Nasty’s eclectic retro-futurism and Check Your Head’s lo-fi menace into a package as streamlined as Boroughs. There’s much to savor here, from the hardcore thrust of “Lee Majors Come Again” to the candy-colored robot funk of “OK,” but ultimately, let’s be real: This is a Beastie Boys album. It sounds exactly how you want a Beastie Boys album to sound. It contains songs with titles like “Funky Donkey” and “Nonstop Disco Powerpack.” You already know you love it. The fact that it’s their best since Ill Communication is just icing on the cake.