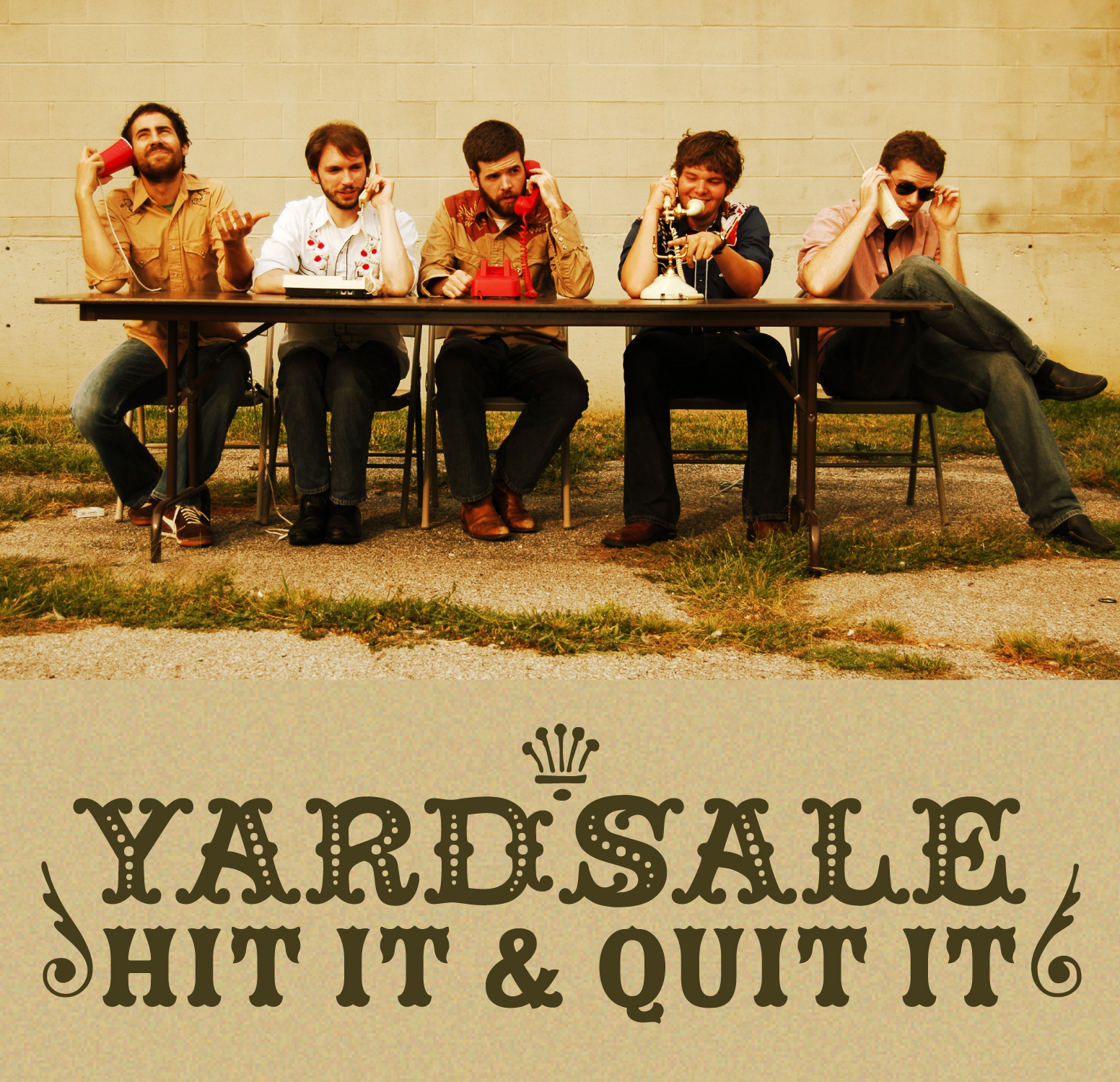 Due primarily to geographic differences, Louisville’s twang-rock ensemble Yardsale has disbanded — but on the way out the door, it dropped this bomb in the middle of the living room floor. Hit It and Quit It is a 17-track downloadable live album that shows the band in all its live, rocking fury, complete with — in the band’s words — “warts and all.” Yardsale pulls out some old original rockers like “Jerry Lee” and “Everybody (Ends Up Alone),” and intersperses those with covers like the Gin Blossoms’ “Hey Jealousy” and The Band’s “Glad and Sorry.” A couple of “new” Yardsale songs (as in, stuff they didn’t get a chance to record in a studio) also grace this set, the highlight being the tongue-in-cheek “Bail Me Out Maryanne,” featuring a fine dual vocal by frontmen Kirk Kiefer and Jacob Lee. One of the best moments on the album is hearing the band transition its impossibly infectious original “Radio’s Blasting” into the Talking Heads’ “Psycho Killer.” Who even thinks to do stuff like that? Download it at yardsale.bandcamp.com.