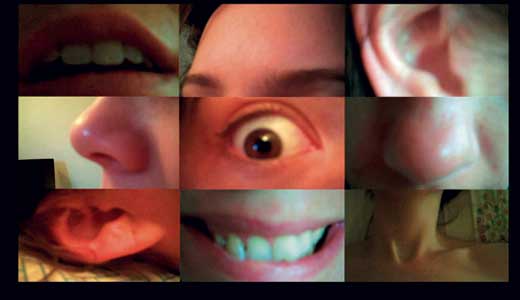 In the children’s story “The Night at the Museum,” a watchman named Hector (Anglicized to “Larry” in editions following the film adaptation of the book) discovers the treasures he was hired to protect come to life during his graveyard shift. The fantasy, penned by Milan Trenc in 1993, captures a lot of the wonder museums offer. With the continuation of its interactive Art After Dark series on Friday, the Speed Art Museum is looking to bring us a little bit of the same when it opens its doors after hours for a night of music, film and performance pieces.

While you won’t have to dodge a reanimated T. Rex or rifle-toting Teddy Roosevelt, the “Blur” edition of Art After Dark will feature a Caravaggio masterpiece brought to life by Le Petomane founder Greg Maupin. This performance will mark the arrival of Caravaggio’s “The Fortune Teller,” which begins a three-week visit to Louisville on Friday. The 1594 painting depicts a soothsayer’s subtle mugging of a preoccupied client and will be re-enacted by two actors as part of “Blur.”

Also showing is a multimedia project entitled “Instructions for a Video Exhibition.” In the making of this piece, a collection of local artists were given Flip cameras and a list of instructions to interpret. The amalgam of footage will be assembled by the Speed’s resident film manipulator, Ryan Daly, and accompanied by Dvorák’s “Serenade for Strings,” as interpreted by five classically trained musicians.

One of the artists asked to contribute to this experiment was Jacob Heustis, who could be seen zipping around town last week on a scooter while filming with his Flip. As if not to tip off too much, when asked about his approach to the assignment, Heustis responds, “a moped, an orange highlighter, a bottle of water, spare batteries, a secret weapon and a vanilla milkshake.”

Sarah Lyon, Lora Gettlefinger, Andrew Vitatoe and Tim Furnish are some of the other artists who’ll lend footage to the video project.

The Kentucky-based Land of Tomorrow Gallery, which boasts more than 25,000 square feet of arts space throughout the state, will deliver an exhibition of experimental art and music. And Louisville painter/photographer Letitia Quesenberry and longtime friend, musician Tara Jane O’Neil, hope to “dazzle the unicorn in the Renaissance Room” with a collaboration of live music and video art.

A Louisville native, O’Neil moved to Portland, Ore., where her recordings have garnered praise from The New York Times and music sites like Pitchfork. She’s remained close with Quesenberry, who says O’Neil’s artistic wanderings are a continued influence on her own work.

On her involvement with Art After Dark, Quesenberry says, “The Speed is a quiet, sparkly gem. It connects us to the history of art appreciation in our awesomely quirky city. Art After Dark is an unexpected way for people to experience the scope of creative goings-on in our city, all while relaxing with friends.”