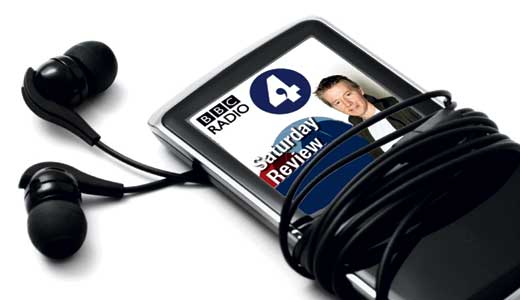 My brother and I were sitting in a pub, criticizing the menu but praising the beer list. We had just come from an Asian restaurant where we’d done the flip side: lauded the food but damned the drink. It’s always like this: We have to go at least two places to find true satisfaction.

I said, “Haven’t you tweeted about this?”

I told him I’d rather follow him to a bar. Or on a bicycle. I wasn’t going to tweet. Or follow a tweeter or twitterer. Or be a twit. Not that my brother is a twit. My point was, no way, not gonna do it, wouldn’t be prudent, too much of that kind of thing in the world already. We live in Snippet Land.

He insisted there are some really smart snippets out there and that I was missing the point. Just because a humongous pack of wankers and Sarah Palin use Twitter as if it’s a miniaturized version of Facebook did not mean it had to be used that way. He pulled out his Genius Phone (a thing he once swore he would never do in public). I said, “Put that thing back in your pants, mister.” But he wouldn’t. He said, “Look who I follow on Twitter,” and handed the phone across the table. It was Oscar Wilde.

I pointed out that it was also April Fools’ Day. Then he showed me that he follows the tweets of Mark Twain, Kurt Vonnegut and George Orwell. I said, “Of course you do. Now put that thing away, because those are just quotes any ol’ bibliophile could go look up on the Internet.” He asked me to name a living personage I care about so we could see if that person was tweeting. I named Margaret Atwood. Yep, there she was. I named Armistead Maupin, Stephen Colbert, Scarlett Thomas. All now tweeting. Thomas about did me in. I spilled a little beer. They were leading me to things I’d actually want to know about.

I finally got my brother to put his phone away by trotting out too many geekazoid names he’d never heard of. Later at home, at my leisure, I checked on all of my favorites. When I learned that my heartthrob, Tom Sutcliffe, has a Twitter account, I decided right then and there I was going to join Twitter so I could both follow him and tweet away about my deep and abiding love for the man.

It turned out, of course, there is more than one Tom Sutcliffe. The one I was after is the host of BBC 4’s “Saturday Review,” my favorite program in all of the world’s airways. I’ve saved it till now to talk about, because I have so much reverence for it that I doubted I could ever do it justice.

Every week, Sutcliffe and three other cultural critics get together for 45 minutes to discuss one film, one play, one book and one TV show or art exhibit opening. These people are not just critics, though. They are artists. Unlike many artists, they all have sharp, analytical minds. They are quick-thinking and articulate. They back up their statements with evidence, and they get into great arguments, none of which ever go too far, because Sutcliffe is such a gentle yet firm facilitator.

His best quality may be his ability to summarize exactly how a given work affects the reader or viewer. If you subscribe to a lot of New York and London-based arts coverage, inevitably you are going to hear quadruplicate coverage of certain happenings. Often, no matter how many ways a given event is presented, it’s not until Sutcliffe conceptualizes and compresses it that the light finally goes on: So that’s what “Submarine” is about. Smack to the forehead.

“Saturday Review” is a series of loving smacks to the forehead. Sometimes at the end of the ’cast, I go back to the beginning just to hear Sutcliffe say, “Thank you for downloading the ‘Saturday Review’ podcast.” No, Tom. Thank you for having me.

As they say on the radio, you can follow Sutcliffe on Twitter, as well. His most recent post, as of this writing, was: “Trump being proud at having clarified the ‘birther’ issue is like BP claiming credit for our improved knowledge of oil pollution effects.”