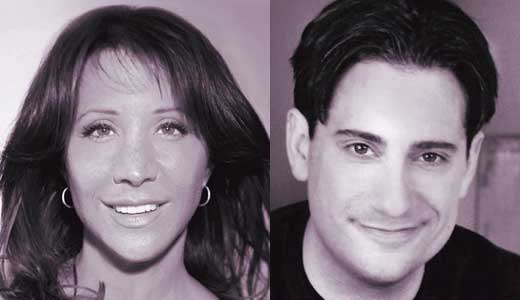 Long before the Biography channel or VH1’s “Behind the Music,” there were celebrity autobiographies — where the high and mighty would recount their life stories for all the world to read and pick apart. Name anyone who’s anyone, and it’s just about guaranteed they have their sordid tales told in the pages of a paperback — from Barbra Streisand to the Biebs (at all of 17 years old). What makes the details of one’s life more interesting than another’s? Do celebrities really live a better life in the fish tank of fame?

However deep you want to delve into our fascination with the rich and famous, you have to admit celebrity autobiographies are an interesting, sometimes fun read. This was the impetus behind writer/producer Eugene Pack’s idea for “Celebrity Autobiography,” where an ensemble of actors and comedians recite actual memoirs — not as performances but as straightforward, word-for-word readings. Developed more than three years ago and a popular stage show in L.A. and New York, “Celebrity Autobiography” is now on tour and stops at the Kentucky Center on Thursday.

Pack says the idea came to him as he was flipping through Vanna White’s autobiography, “Vanna Speaks,” and could not believe that a) she had an autobiography out, and b) how ludicrous some of the stories were. “I picked it up and started reading it out loud,” he says. “And some of the passages were talking about how challenging it is to turn the panels on the ‘Wheel of Fortune.’ I remember thinking I just wish someone else would listen to this — to speak it earnestly. And I got the idea that this could be a funny idea for a show.”

As far as what makes this show entertaining, Pack points to our celebrity worship and a celebrity’s need to be worshiped. “Because of your fame and life experiences, people want to know how you diet, exercise, solve problems, where you were born, what you eat for breakfast, lunch and dinner,” he says. “Our job is to perform it and make everyone in the audience think about what this is — so it’s part social commentary.” He also believes the show isn’t as mean-spirited as it might seem, and that the more straightforward the actor reads the material, the more laughs it gets. “Everyone comes from a place of earnestness. Yes, it’s done with a wink, but it’s not done with a ‘Can you believe they wrote this?’ When you read from Tiger Woods, you have to take it seriously and say, here’s what Tiger Woods wrote about getting the ball in the hole … and you can interpret that however you want.”

LEO also caught up with comedian Cheri Oteri, who joins “Celebrity Autobiography” for the first time on Thursday. Here’s what she had to say about the show, fame infatuation and cheerleading.

LEO: How did you get involved with this show?
Cheri Oteri: My friend Illeana Douglass was in it and asked if I wanted to come see it. I went and just loved it. I thought, “This is hysterical.” I’ve always been fascinated by the fact that everyone has an autobiography out there. And I love these kids who are 16 and writing autobiographies. The wonderful thing about it is that when it’s truly in their own words, nothing can be funnier … especially when they’re trying to be serious. The great thing is, you’re not doing impressions of anybody.

LEO: Whose autobiography are you reading from?
CO: I think I’m going to be reading Debbie Reynolds, which is funny, because when I was on “Saturday Night Live” my first year, I was in a skit called “Leg Up” with Molly Shannon, who played Ann Miller, and I was Debbie Reynolds. But what I’m going to do with her is nothing like that broad character. I think I’m also doing Britney Spears and Kelly from Destiny’s Child.

LEO: What is it about celebrity autobiographies that is so fascinating?
CO: When people truly open up, you compare it to your own life. And I think we all want to know about everybody’s struggles and how they overcame them.

LEO: Would you ever write one of your own?
CO: I feel so unfinished, you know? As far as a life experience book, I couldn’t be honest unless I gave it more time. I think I still have a lot to learn.

LEO: What are you up to now?
CO: I am developing a show and also just pitched an animated show. I’ve got my paws into everything. I don’t want to jinx anything — I do want to be on TV again and be doing something I love and am proud of.

LEO: You’re most known for your impersonations — who is your favorite?
CO: I’d say Barbara Walters. When I got to “SNL,” it was suggested that I start learning how to do her for a skit. I said, “I don’t do impressions.” I never did. So I started studying her and really started to have fun with it. I was lucky, because she had so many specials and shows — I had so many avenues to do Barbara Walters. She’s got her hand in so many things, it ended up being such a great character for me. I had way too much fun with her.

LEO: How did the Spartan Cheerleader skit come about on “SNL”?
CO: Will and I were practicing one day on stage, waiting on the side for our turn to improvise. We just started making each other laugh. We were on this wooden stage, and when I did cheerleading as a kid, I remember it being so fun to pound your foot on the wood, because it would reverberate. And then you add in the clap, and then the pound. I was doing that, and Will started copying me. And we just decided we should do these cheerleaders who take themselves way too serious. Two weeks later we wrote it.