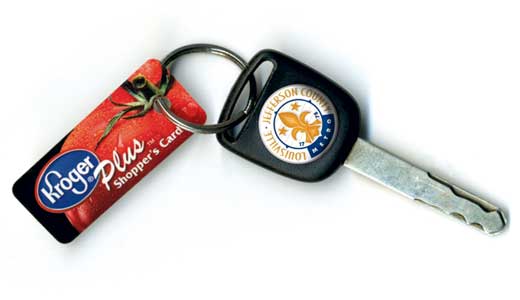 In 2007, the office of Louisville Metro Councilwoman Judy Green, D-1, bought $1,385.06 worth of chicken, potato chips, doughnuts, bacon, eggs and more — including four Kroger gift cards and Christmas greeting cards — for events in her district. The same year, Councilwoman Cheri Bryant Hamilton, D-5, spent $1,379.54 on deli meat platters, cookies, Big K sodas and Cheetos for “several Christmas functions.” Two years later, Councilman David Tandy, D-4, did them one better: His office bought massive quantities of chicken, beef, and other assorted snacks and refreshments to feed families affected by the Aug. 9, 2009, flood, to the tune of $2,503.38.

Those expenditures are but a fraction of Metro Council spending that occurs beyond the oversight of the normal discretionary fund approval process, and instead is paid for with a special Kroger card that acts as a credit card permitting council members to purchase food and other items at taxpayer expense from local Kroger supermarkets.

According to spending records reviewed by LEO Weekly, Metro Council members charged nearly $47,000 to their Kroger card accounts from fiscal year 2008 to the present for purchases typically consisting of food for various meetings and their district offices. It also is the tip of a larger spending-iceberg that’s becoming more visible in the wake of Councilwoman Green’s ethics hearings, which were spurred by revelations that she apparently funneled Neighborhood Discretionary Funds (NDFs) into a city-subsidized summer jobs program (dubbed “The Green Clean Team”) that employed members of the council-woman’s family.

Originating in the pre-merger Board of Alderman — the predecessor to the 26-member Metro Council — the Kroger accounts were intended as a means to subsidize minor food purchases to cater events in respective wards (present-day districts), namely town hall meetings and the like. To date, 17 members of the council have used the Kroger accounts, which have no specific spending limit and are folded into their office budgets, which are tied into a larger pool of general discretionary funds.

In recent years, a handful of council members have increased their Kroger purchases; as a result, one-third of the members account for two-thirds of overall Kroger spending.

“I’d say probably about half the council (has used the Kroger card),” Republican Minority Caucus spokesman Steve Haag tells LEO. “A lot of them don’t spend it, or when they do, they just (go through the normal reimbursement process) because they don’t want to have the card open. But, evidently, there are a couple members of the council who use it more frequently than expected.”

According to Haag, there’s even more to the story than Kroger purchases.

“The Kroger card (purchases) may seem like an easy number to throw out there if you don’t look at the reimbursements as well,” he says, referring to a process by which council members and aides can pay for items out of pocket and be reimbursed by the city at a later date. “Some people may appear to not have expended anything, some may have expended 30 or 40 bucks a year, something like that, on cookies and water. So those who look like they’re not spending a lot could be spending much more.”

The haphazard state of the Kroger card records at City Hall is disconcerting, consisting of little more than a purchase form bearing approval of the council’s business specialist or their equivalent, a brief description of the purpose of the purchase, and an itemized Kroger receipt.

In many cases, at least one of these items is missing, and a total of $1,266 has been spent on food without any identifying documentation whatsoever, making it difficult to pinpoint exactly who is responsible for what.

Mayoral spokesman Chris Poynter says that while the mayor isn’t familiar with the Kroger accounts, much less the council’s overall spending habits, they’re concerned about the lax record-keeping.

“I can say at the very least, regardless of how they’re being used, it’s very important that good records are kept. At the very least, that should be happening,” Poynter says. “And it sounds like that’s not what’s happening, in some cases. At a time when every dollar is important, especially with a budget shortfall, I think … we would encourage the council to have good record-keeping about what these expenses are, and what they’re for.”

A purchase approval form for two invoices from early 2008 state that Council President King spent $82.42 on a “newspaper for District 10 offices.” However, the attached Kroger receipt tells a different story: Armor All cleaner and wipes, Turtle Wax, sodas, Dum Dum Pops and other candies. (Further, King has spent hundreds of dollars on sodas and snacks for his office, as well as postage stamps.)

“There’s been a great deal of scrutiny about the council’s discretionary funds. Let’s just cut to the quick on that one,” Hyatt says. “You’re talking about $4.5 million in council discretionary funds in which things like the Kroger cards fall into. If the council gave all of that back to the mayor … you’re probably talking about (savings of) at the most $6 million. The mayor still is going to have to find anywhere from $15-$16 million to plug up the hole. I think it would be unfair, quite honestly … to reign in the council’s spending when you’re talking about an $820 million budget that the city operates on.”

Given the socioeconomics of where most of the spending has occurred — western portions of the Urban Services District — Hyatt suggests that providing refreshments via the Kroger cards is a way to engage citizens that differs from those employed by council members representing more affluent areas of the city.

“I’m sure that if the folks out in the East End wanted to do the same thing they could, that’s largely up to them. But, you know, you’re looking at a situation of, you know, what would it take to get people to a meeting? … So I think that it’s a different setup than it would be out in the East End. Not to say that any council member couldn’t do it out in Prospect, Anchorage or Middletown.”

For the record, council members representing Prospect, Anchorage or Middletown have used very little of the Kroger funds. In addition, Councilman Dan Johnson, D-21, spent no Kroger money aside from a joint effort with four other council members to cater a National Guard Day Family Celebration in 2008, despite households in his district — which includes parts of the Iroquois neighborhood, Preston Park and areas surrounding the airport — reporting average incomes of $26,106 for 2009, $6,377 less than the city average.

Of the top four spenders contacted by LEO (Green, Tandy, Hamilton and King), only one responded to a request for comment.

“Everybody’s had these cards since the Board of Alderman days,” Hamilton says. “It’s nothing new, you know? It’s a constituent service.”

Hamilton characterizes the funds as being used for “a little snack” to provide for residents showing up to city functions like Operation Brightside clean-ups, and as “a way to say thank you to folks for getting involved.”

“There’s no cookie-cutter way for 26 people to run a council district,” she says. “I have a large number of community meetings. I have probably 10 or 12 community meetings a month. I happen to think that it’s a good idea, and it’s a way to thank and appreciate people coming out and giving up their time. Everybody runs their office differently, and that’s within their discretion.”

Of the $1,379.54 spent on Christmas meals in 2007, Hamilton chalks it up to the “wet-dry” vote, which — following a series of meetings — was passed that year, prohibiting the sale of liquor in the Shawnee neighborhood, as well as to honor the creation of the Shawnee Neighborhood Association, which was established around that time.

“There were a lot of people to be thanked,” Hamilton says. “It’s just a nice way to reward people.”