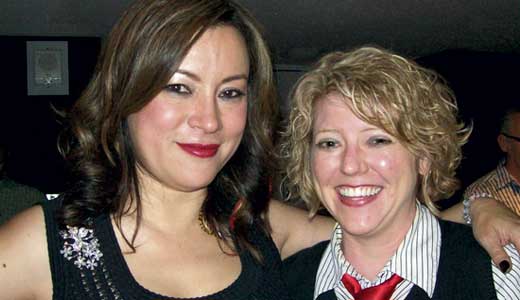 Derby is the one weekend a year when Louisville nabs the national spotlight — save for natural disasters ripping through trailer parks, Muhammad Ali hosting a benefit or the Cards making it to the NCAA tournament. I try to be on my best behavior during Derby to fool the outsiders into thinking we are a charming little city in the South. I refrain from honking my horn at rookies navigating Bardstown Road at rush hour. I hold doors open for yuppies gabbing on their phones. I smile when out-of-town friends suggest we hit up Fourth Street Live for a night. It’s the one time a year the city and its citizens strap on some Spanx, lace up the corset and put our best foot forward without purposely trying to trip all the foreigners traipsing through our streets.

I started to look around last week at what Louisville really does have to offer, other than a 4 a.m. bar closing time and pretty decent restaurants. Turns out we have a shitload of museums, historical landmarks and good bourbon. Of course, I am familiar with them all as arts editor here, but a new kind of realization and appreciation sunk in around the time I sucked down my fourth Jell-O shot on Derby Day. It’s also about the same time I realized I need my own Louisville Slugger bat, preferably in purple.

I think it’s cool we make baseball bats here and have a 120-foot-tall woody as part of our skyline. Believe it or not, my hands are quite familiar with being wrapped around a Slugger. I played softball all four years in high school — and by “played,” I mean mostly sat the bench and recited lines from “Pretty Woman” to anyone who would listen. I say who, I say when, I say how much. I did get a turn on the field a few times — usually third base and left field, because I had a strong throwing arm, Coach said, or maybe it was because no balls ever really came in my direction, which still holds true to this day. I still do have a strong arm, which now comes in handy twisting off caps, doing sets of 12-ounce curls and manning the keg-stand booth.

But back to the bat. If I had my own Slugger, it would become my pimp stick. I’d strut along Baxter Avenue staring down frat boys and bouncers. I’d stop traffic to escort the drunks across the road. I’d whack anyone who attempted to karaoke “Love Shack,” “Brown-Eyed Girl” or “Don’t Stop Believin’.” I’d demand a Jagerbomb from sorority girls wanting to finger my magic purple clubbin’ club. I would also use the stick for good around the house — like killing spiders, pounding perps and putting on my very own laser light show with lightning bugs. Fingers crossed the Slugger people give me some wood.

‘Bound’ to celebrities
Last Thursday, I got a chance to meet a few cool celebs at the “Celebrity Autobiography” event at the Kentucky Center. The show involved a talented group of actors and comedians reading from famous celebrity autobiographies. The idea was simple, but the humor was endless. I would recommend you run out today and buy any and all poetry written by Suzanne Somers and read it out loud at your next dinner party. Anyway, after the show, my friend and I snuck backstage and rubbed elbows with Cheri Oteri, Carson Kressley, Joey Fatone (which now puts me 1 degree way from Justin and Britney) and Jennifer Tilly, to name a few.

I, of course, played it cool, calm and collected, while my friend transformed into a gushing schoolgirl in front of my eyes. OK, well, I suppose we were both gushing girls when Jennifer Tilly emerged from her dressing room, looking as radiant and voluptuous as ever. I was hoping to pitch her a sequel to “Bound,” starring myself, but she was too busy trying to figure out where the next party was, and Carson was demanding my attention by pointing out that his shoes didn’t match his outfit, but he was OK with it. As was I. Only at Derby.

Drunk Texts of the Week
• Im ur best friend, but id totally make out with ur mom!
• Hung like an animal kingdom
• 0 for 10 on the making out :/
• Blow me in the wind
• I miss havin sextual relations