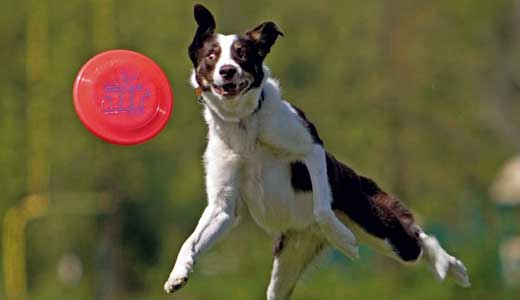 The Louisville Bats don’t just dust off home plate for the start of another season. Every wall is painted, all the seats and fixtures are spic and span, and even the concrete floor at Louisville Slugger Field — now 11 years old — has a kind of polished patina. The natural-grass playing field is springtime green. Meanwhile, Bats manager Rick Sweet has been in Arizona for spring training with the parent Cincinnati Reds club, crafting a final roster for opening night. The Bats’ pitching has been strong in recent years, but they may need to rely more on hitting this year. Both the Bats and Reds won divisional championships in their leagues last season. Louisville opens International League play Thursday with a six-game home stand against Toledo and Columbus. Most first-pitch times in April are 6:35 p.m., moving to 7:05 in May. —Bill Doolittle

National Poetry Month comes around in April — a time when the season of spring heralds all kinds of new beginnings. But for the people who were displaced by the Tennessee Valley Authority projects of the 1930s, the biggest “new beginning” of their lives was forced upon them in an upheaval that is chronicled in the latest book by award-winning poet Tony Crunk. He’s coming to The Bard’s Town for a Friday night reading alongside Tennessee poet and professor Blas Falconer (who’s also teaching a writing workshop on Saturday). For anyone who wants to step forward and share the fruits of their own inspiration, the free InKY Reading Series begins with an open mic, and includes music by Adam Moseley. —T.E. Lyons

Cyro Baptista is a true musical citizen of the world. Born in Brazil and a master of the percussion instruments of his native land, he has expanded his vision to include influences from across the globe, making him a perfect act for IUS’ Global Village series. His current touring and recording ensemble is dubbed the Banquet of the Spirits. On their new Caym: The Book of Angels Volume 17 (www.tzadik.com), Baptista interprets music from John Zorn’s Masada Book 2. The melodic, lute-like sound is joined by keyboards and percussion to weave a Middle Eastern tapestry of music. In an era when even the most lackluster performance by a band is referred to as a “show,” Baptista and company really do put on a show that is both musically and visually entrancing. Come see why artists from Herbie Hancock to James Taylor to Milton Nascimento have recruited Batista for their projects. —Martin Z. Kasdan Jr.

Ah, spring. As the temperature zigzags between frigid and scorching, the trees are budding, the flowers blooming and the birds chirping. It just makes sense that someone would create a ballet to celebrate all this. Thus, “Rite of Spring” was born. It was a group effort: Igor Stravinsky composed the music, Vaslav Nijinsky was the choreographer, and Sergei Diaghilev’s Ballets Russes danced it. Today it’s considered a masterpiece, but when it debuted in Paris in 1913, their collaboration created mayhem. The ballet’s unusual dance steps and music stunned the audience, producing both contradictory jeers and enthusiastic clapping. It can still have that effect today. The performance program also includes a more typical ballet, “Kingdom of the Shades,” and the contemporary all-male “Troy Game.” —Jo Anne Triplett

The eclectic Butchertown theater where you’re allowed to drink beer and look at local art during intermission isn’t just for grownups anymore. As if The Alley Theater wasn’t already awesomely versatile, this year they’ve added a youth theater so the kids can experience some of Louisville’s best alternative theater, too (minus the beer, of course). Their current show, “The Yellow Boat,” is based on the true story of Benjamin Saar, a boy who used his artistic talents to cope with AIDS. The title comes from a Scandinavian folk song Benjamin had heard about three little boats, in which the yellow one sails “up to the sun.” The show is recommended for ages 8 and up, and a portion of the proceeds will be donated to the Louisville AIDS Walk. —Jane Mattingly

It’s only April, and already 2011 has been a banner year for Jessica Lea Mayfield: In January, both Rolling Stone and Spin magazines dubbed her an up-and-coming artist to watch, she appeared on the “Late Show with David Letterman” in February, played South by Southwest in March, and recently scored a slot to perform at this summer’s Bonnaroo Music Festival. The Kent, Ohio, native grew up playing in her family’s bluegrass band but embarked on a solo career after Black Keys frontman Dan Auerbach discovered her at age 15. In 2008, Auerbach produced Mayfield’s debut album, With Blasphemy So Heartfelt, as well as her recently released Tell Me. A mix of country, folk and indie rock, Mayfield’s music is dark, poignant and raw, reminiscent of Lucinda Williams. Kentucky singer-songwriters Daniel Martin Moore and Justin Lewis open the 18 and over show. —Sarah Kelley

Bacon: the final frontier. So popular has this pork delicacy become that we now have entire events planned just to extol its virtues. The only question: Why did it take this long? This Saturday at the Water Tower, bacon takes center stage at the inaugural Bacon Ball, a fundraiser to benefit the Louisville Visual Art Association’s community programs supporting local artists and youth arts. The Bacon Ball will feature six local chefs cooking up some bacon-centric dishes. Attendees will get to vote on which is best. There will be bacon tastings, swine art and live music by Johnny Berry and the Outliers, plus plenty of tasty beverages to wash down your salty swine belly. Bourbon and bacon? Oh yeah. —Kevin Gibson

Softcheque’s new album title, Misericord, may sound sad; the album’s cover art of a skull at the center of an exploding flower may look morose; and the multi-lingual lyrics of forlorn love may ring of the time-tested, “Oh, where has my lover gone?” tradition — but the band’s brand of chamber pop is anything but depressing. Every song offers a change in direction, both vocally and musically. Dane Waters’ heavenly voice imbues these gems with ethereal beauty, twittering and aching sweetly over ambient textures of electric piano, synths and accordion. Arsenio Zignoto’s drums punctuate delicate moments with the lightest of touches. Warren Christopher Gray’s saw-work (yes, saw) makes “Remind” mesmerizing, and the dreamy “Whippoorwill” is powerfully melancholy. Watching Softcheque create the magic live should be a pleasurable — and life-affirming — evening. —Michael Sohan

At George Rogers Clark Park this weekend, No Kill Louisville will unleash Dog Days of Derby, two events that celebrate the first anniversary of the nonprofit organization that strives to spread awareness about finding homes for adoptable pets. Dog Days of Derby will be a two-day disc dog competition organized by the Derby City Disc Dogs. The event was recently designated a national qualifier for the Skyhoundz DiscDogathon National Championship, and will bring competitors from across the country. Wags to Whiskers will be held at the Louisville Zoo’s African Outpost on Saturday from 8 p.m.-midnight. A night of fine dining and fun dancing — plus a silent auction — will raise funds for No Kill Louisville. Admission to Wags is $50. —Kevin Gibson

Since 1986, Joseph Kony and the Lord’s Resistance Army are believed to have abducted between 60,000 and 100,000 Ugandan children for military service or sexual slavery. This guerilla group’s reputation for marauding vulnerable villages under the cover of darkness gave way to the “Night Commuters” or “Invisible Children,” so called for their nightly pilgrimages to Gulu and the relative safety of the city’s children’s shelters. Uganda’s Invisible Children inspired an eponymous aid organization, as well as a documentary by a trio of American filmmakers. Youngsters themselves, the college-aged men behind the film set off on their journey with scant experience and used gear bought on eBay just before their departure. (Only one of the three had traveled outside of North America before.) Their courageous effort will screen locally on Sunday, with a discussion to follow. The Invisible Children organization currently helps provide former child soldiers with aid and education. —J. Christian Walsh

Why does David Berkeley feel the need to prove his folksinger bona fides? Maybe it’s because, although he’s a wonder at the sophisticated kind of folk most often identified with the young Paul Simon, Berkeley hasn’t yet reached his “El Condor Pasa” moment of total self-awareness. So an obligatory version of “Shenandoah” interrupts his latest fine collection, Some Kind of Cure. He also brings in a banjo to accompany his singing about the generations who have toiled at a steel mill, and though he doesn’t sound like he’s ever punched a clock there, it doesn’t reduce the song’s impact. He’s got a voice that is clear, distinctive and empathetic. And he writes a range of songs that are complex both in structure and character — not simply weighted down by detail for its own sake. —T.E. Lyons

I love artistic couples — O’Keeffe and Stieglitz, Christo and Jeanne-Claude, Baldwin and Guggisberg. Whether working together or separately, their creative energy seems to multiply. C.J. Fletcher and Eugene Thomas live in a house filled floor-to-ceiling with their paintings. It is indeed a testament to their creative energy, some of the fruits of which are now on display at the Patio Gallery. The 14 paintings were not done jointly, yet collectively they focus on seeking knowledge.

“One of the primary functions of art is to enlighten mankind,” Thomas says. “Understanding that, I seek to express truth in both emotion and spirit.” Fletcher adds that her series “… provoke(s) thought of a door before you enter it. After all, thought is what caused us to enter that particular door in the first place.” —Jo Anne Triplett