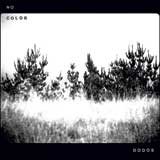 No Color, being The Dodos’ fourth full-length, showcases a more stripped-down approach. They’ve ditched their vibraphone player and seem to have gone back to the roots of their songwriting: syncopated drum rhythms, winding acoustic guitars and poppy vocal hooks. It’s a positive change. And Neko Case’s guest vocals on most of the album certainly don’t hurt. “Companions” fleshes out quickly picked guitar and ghostly, ’verbed out vocals with what sounds like a pan flute and strings. It’s less poppy than some of the other material, but, hey, it works. At their poppy highs, The Dodos fall nicely between, say, Vampire Weekend and The Shins. Despite the title of No Color, you can feel the sun shining through in almost every one of these songs, which isn’t a bad thing at all this time of year.