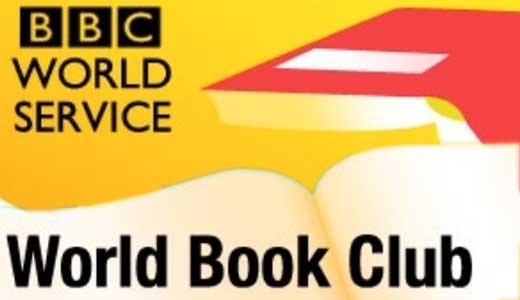 Late one Saturday night some six years ago, I was driving home from a party in Hoosierland and I did something I never, ever do: I went past my exit on I-64. It was not because I was tipsy and had spaced out or lost my way. It was because I was having what NPR refers to as a “driveway moment,” except this was a freeway moment. What you need to know to get how intense the moment was is that I detest freeway driving.

The culprit: Harriett Gilbert of the BBC. The interviewee: Nigerian author Chimamanda Ngozi Adichie. The program: “The Word.” The women sounded to me like the two smartest people who have ever lived.

They still do. I will prolong absolutely anything to keep listening to Gilbert or Adichie, together or alone.

However, as is often the case, WFPL soon pulled one of its “Let’s-replace-this-great-show-with-something-lame” routines, and before I knew what had hit me, Harriett Gilbert was pulled off the local airwaves. I was devastated.

But then — ta-da! — at about the same time, almost all of BBC programming began to be available on the Internet, so I was able to keep up with HG, even though it meant staying glued to the computer.

The way it worked back then, three weekends of the month Gilbert did “The Word,” which consisted of multiple segments on books and writers from around the globe. Then on the fourth weekend, she hosted the “World Book Club,” an hour-long program in which a writer met with a well-read audience to discuss one work in particular. It’s the kind of show that makes you realize no book club you join could ever be as satisfying as simply tuning in. For starters, everyone in the audience really has read the book. And no one is drunk.

The good news is that all of these things are now available as podcasts. Although “The Word” is defunct even on the BBC, it has been subsumed into “The Strand,” which ran for a while on WFPL in the convenient time slot of 4:30 a.m. (Nice going, guys. Put the smarmy Tom Ashbrook on in the middle of the afternoon, but relegate Harriett Gilbert to the darkest hour.) It’s now a daily rather than a weekly show; the podcast version of highlights is called “Global Arts and Entertainment.” The “World Book Club” has its own separate podcast. Recent guests have been Barbara Kingsolver, David Mitchell and the Norwegian crime writer Jo Nesbø (whose sleuth, let us not forget, is named Harry Hole).

Finally, here’s a wonderful little tidbit I’ve been saving for last. After all of the times I have listened to Harriett Gilbert serenely responding to writers talking about their broken hearts over dying and dead relatives, never once have I heard her mention that her own beloved dead father was the genius crime writer Michael Gilbert. If you’ve never read this guy, you are in for a treat. You might want to start with his 1950 book, “Smallbone Deceased.” Imagine John Mortimer and P.G. Wodehouse rolled into one. The only advice Michael Gilbert ever gave his daughter on how to conduct herself in the world of writing: “For God’s sake, don’t use adverbs.”

At the “Book Club” website, you’ll find an archive of interviews conducted since the show began in 2002.