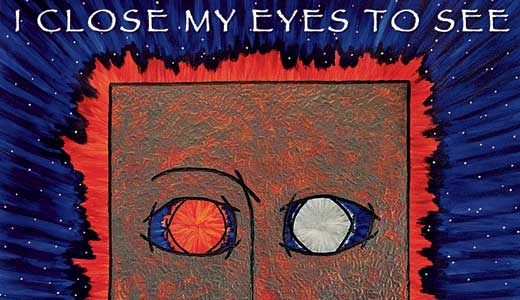 “It didn’t seem right for me to die.”

Dan Rhema is a visual artist who had to go to hell and back to become one. His personal story reads like a sci-fi novel full of peril and plot twists. Becoming a creative person wasn’t on his agenda.

Rhema’s pivotal year was 1991. When it started out, he was in Santiago Tuxtla, Mexico, working as the director of El Centro Inc., an intercultural training and retreat center. It was there that he, his wife, Susan, and two of their three daughters caught dengue fever. He became so sick that he eventually ended up at the Centers for Disease Control in Atlanta.

The disease had morphed into spinal meningitis and encephalitis. It was in this state that he had a life-altering near-death experience.

“That day I went away and I came back a different person,” Rhema says. “My sense of perception had changed. I believed for a long time that I had, in fact, died that day and was now a ghost.”

His journey was unfathomable, so he started creating paintings, collages and sculptures with whatever objects were at his disposal, all in an attempt to explain — to himself and others — what had happened to him. It turned out art was his language as well as his healer.

“Early one morning after my release from the hospital, I left the house and headed out into the woods and began ripping up thorny vines,” he says. “Standing there looking at the woven vines in my bloody hands, I couldn’t understand what I was doing or why I was doing it. I definitely didn’t know that this piece, which I came to call ‘Fever,’ was the beginning of a creative compulsion. The compulsion only intensified. Not having been an artist, I didn’t have a frame of reference for what was happening to me.”

The book’s title, “I Close My Eyes to See,” though paradoxical, is accurate; Rhema’s source for art is not in front of him but inside him. “Whenever I close my eyes,” he says, “an image hovers before me almost like a third eye.” He also keeps dream journals for additional inspiration.

Rhema’s story was told to co-author Kevin Wilson. Since words cannot explain art clearly, they chose to couple Rhema’s interviews with his art, as photographed by Steven Clark.

The powerful images tell his story, or, perhaps it’s better to say, are his story. “I continue to live with one foot in this world and the other foot in another world,” Rhema says.

The 1999 self-portrait cover image is a good example. “I had two intense visions after my near-death experience,” he explains. “In the first, I was floating out in the universe. In the second vision, I was a primitive human running through a forest. This piece joins together the two visions into one.”

Rhema, who knows he is classified as a visionary and outsider artist, continues to create, exhibit and write children’s books. “I am just as amazed by the results as anyone else, probably more so.”