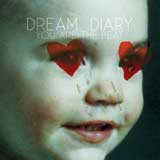 You’re unlikely to read a single review of this Brooklyn trio’s debut that doesn’t feature the word “jangly.” It’s the operative word, no two ways about it. You Are the Beat boasts sublimely supple guitars, ringing open chords and sighing melodies that recall the best of ’80s UK indie. With early press playing up the band’s Smiths fandom, comparisons are inevitable, but Dream Diary’s shaggy, unassuming charm never angles for their heroes’ epochal grandeur; instead, the band more closely recalls the humble legions of likable imitators that followed in the Smiths’ wake, from The Housemartins to The Sundays to The Wedding Present. Beat has no real standouts, but no duds, either. It’s an album that never aspires to greatness but doesn’t need to, because it’s pretty close to irresistible as is.