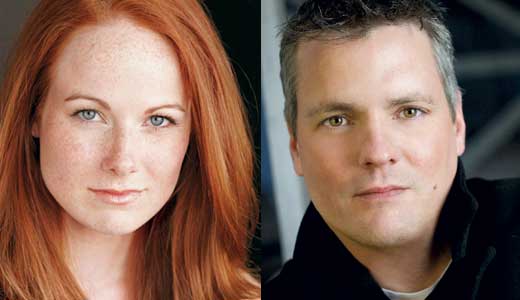 Before continuing to Broadway and winning the 1981 Pulitzer Prize, playwright Beth Henley’s first work, “Crimes of the Heart,” premiered in Louisville, at the 1979 Humana Festival of New American Plays at Actors Theatre. Thirty-two years later, the work has come full circle and is returning to a Louisville stage, in a production directed and designed by 20-year Bunbury Theatre contributor Steve Woodring, a longtime fan of Henley’s play. Woodring is also the director of production and consulting services at the Kentucky Center.

“I was around Actors in the days when the play came in in the 1979 festival,” Woodring recalls. “I never forgot that play — what a great play that was.”

The piece tells the story of three sisters who return to their Hazlehurst, Miss., home to tend to their dying grandfather, who raised them after the deaths of their parents. The oldest sister stuck around to care for Old Granddaddy and fears impending spinsterhood; the middle sister returns from L.A. after a failed singing and acting career; and the youngest is recently out of prison for having shot her husband. Their already chaotic household is shaken up more by their straight-laced cousin Chick; the youngest sister’s lawyer, who’s trying to keep her out of jail and himself out of her bed; and the middle sister’s long-lost love. According to Woodring, this is very much a “relationship play” and is darkly comedic despite all of the unpleasant circumstances.

“All of these horrible things become uproariously funny somehow,” he says. “That’s the beauty of the play — that’s the really kind of brilliant writing Beth Henley has done. It is a Southern Gothic in the purest sense of the term.”

The play also examines people affected by tragedy, and looks at the challenge of maintaining relationships. These “crimes of the heart” refer to the broken hearts of the characters — can they learn to love again and allow themselves to be loved?

“These three sisters, I think, are struggling to kind of transcend their upbringing,” Woodring says. “Because they’ve been abandoned, possibly abused, and then their mother deserted them by the way of suicide — none of them ever seem to be able to form lasting relationships, except with each other. They fight like sisters, but they love like sisters, too.”

Cast member Madison Dunaway agrees, and says she was struck by the powerful bond between the sisters and how, perhaps because of this, they are able to hurt one another so easily. She says they often avoid dealing with problems — a realistic human tendency.

“What Beth Henley does so beautifully in this play is she writes around what’s really happening,” Dunaway says. “So much of what’s real and true and really happening in the play is not being talked about. They’re talking about everything else except what is at the heart of the matter or what the drama is at the moment — they talk around it a lot, which we do in real life.”

Dunaway plays the middle sister, Meg, whom she describes as the “black sheep of the family.”

Dunaway’s husband, Brantley, also appears in “Crimes of the Heart,” as Doc Porter. This is their first play at Bunbury Theatre, their first time on a Louisville stage, and their first time onstage together in 10 years. Both are accomplished television, film and stage actors who have toured all over the West.

The couple randomly bumped into each other in the midst of their careers. “We met three times over five years for about 15 minutes,” Brantley says. “We’ve been chasing each other around the country. It just took, what, five states to finally meet?”

Their relationship got off to a chaotic start as both of them were scrambling to meet the many demands of school, work and various acting projects. When they got engaged, their wedding was postponed several times because one or both of them had been cast in a show. Once they started having children, they decided they didn’t want to carry on such an itinerant lifestyle anymore, nor did they want to raise children in Southern California, where they lived before coming to Louisville. Both actors say they adore Bunbury Theatre and are proud to call Louisville their new home.

“It works for us,” Brantley says. “The community, the culture, the people are fantastic.”