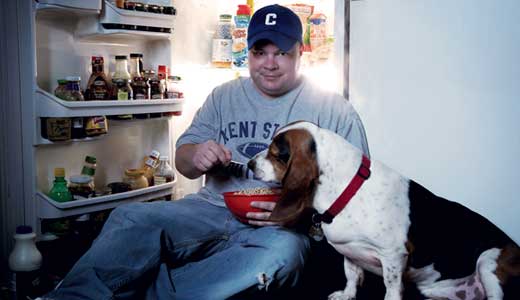 It’s a delicious “he’s just not that into you” situation, and our local classical theater specialists are here to tell the tale. Directed by Savage Rose mastermind J. Barrett Cooper and written by dear old Will Shakespeare, “All’s Well That Ends Well” tells the story of a woman who heals the ailing King of France and is awarded the husband of her choice. Trouble is, the dude doesn’t want her, thus (following typical Shakespearean format) — lies are told, tricks are played, disguises are worn, random characters appear, awkward sex is had and they all live happily ever after in some unexpected way. As always, Savage Rose just might blow your modern mind with their bright and user-friendly approach to classical theater. —Jane Mattingly

Born in Ireland but raised in the Bronx, Celtic fiddler Eileen Ivers makes yet another return to Louisville on Thursday, towing along her band, Immigrant Soul, for a celebration of Celtic culture infused with American flash. Ivers’ decades-long career has no apparent valleys, only a series of peaks: The original musical star of “Riverdance” helped score Martin Scorsese’s 2003 film “Gangs of New York,” while taking home a Grammy and sharing stages with Sting, Hall & Oates and Patti Smith. In between, Ivers found time to produce “Beyond the Bog Road,” a multimedia examination of how traditional Irish and Celtic music enhanced American folk music. A former math student at Iona College, Ivers’ deep résumé is eclipsed only by her dexterous powers on the fiddle; she now has her own signature line of instruments. —Mat Herron

John Caparulo has been on the road, beating his head against the proverbial brick wall for more than 15 years — and it’s finally starting to pay off. The ball cap-wearing comic has a voice all his own that dances between an everyman’s simplistic logic and a thinking man’s insightful rants. Being an Ohio native and Kent State alum, his career took off in 2006 when he became one of the central figures in the documentary “Vince Vaughn’s Wild West Comedy Show”; in 2007, he was featured on “Blue Collar Comedy: The Next Generation”; and in 2008, he became a regular panelist on E!’s late-night hit “Chelsea Lately.” Since then, he has gone on to shoot his first Comedy Central special, the critically acclaimed “Meet Cap,” in his hometown of Cleveland. He’ll be at The Improv this weekend. —Brent Owen

This month marks the 50th anniversary of the establishment of the Peace Corps by President Kennedy. In that time, some 200,000 Americans have served in 139 countries. In “Voices from the Peace Corps: Fifty Years of Kentucky Volunteers,” Lexingtonians Angene and Jack Wilson, who served in Liberia from 1962 to 1964, follow the experiences of state volunteers as they make their decisions to join, train and adjust to living and working in completely new and strange environments, sometimes making lifelong friends and partners. He interviewed people of many ages and walks of life, including a physics teacher who served in Nigeria in 1961; a smallpox vaccinator who arrived in Afghanistan in 1969; and a 19-year-old Mexican-American who worked in an agricultural program in Guatemala in the 1970s. Coinciding with the lecture at the Filson Society, an exhibit has just opened at the Louisville Free Public Library. “Louisville and the Peace Corps” is on display now through April 2 at the Main Branch. —Mary Welp

Nashville comedian, musician and storyteller Kevin J. Thornton brings his one-man show to the Rudyard Kipling on Friday. Thornton is a true renaissance man: He not only performs comedy but is a successful author, playwright and musician, as front man for the pop band Waves on Waves. The Rud show will feature material from his one-man extravaganza, “I Love You (We’re F*#@ed),” which debuted recently in New York. It’ll also include songs from his award-winning album Had a Sword and the forthcoming album January Dream, currently being produced by Grammy-nominated Marc Chevalier in Nashville. Thornton even has a podcast called “Strange Dreamz with Kevin J. Thornton” and an active blog. Oh yes, and apparently he occasionally eats and sleeps as well. —Kevin Gibson

It’s already March, and I’ve yet to see a single Girl Scout. What’s up with that? I want some Thin Mints. I don’t even have that much of a sweet tooth, but this is serious business. What do they put in those things to make them so addictive? It seems like some Willy Wonka kind of magic, and it just so happens he and his Oompa Loompas are postin’ up in Indiana this week, as the theater at Floyd Central High School transforms into the place where you can ride in a boat along a chocolate river while chewing gum that tastes like roast beef. Just be polite, or you might turn into a blueberry. F.C. Theatre Alumni, if you’re out there, the March 12 performance is for you. —Jane Mattingly

Pointillism is a painting technique where a collage of thousands of small dots are used to form a larger image. Artist Paul Reynolds has dabbled in the genre and presents his 20 original pen and ink drawings for the first time at Revelry Boutique Gallery. Some of his prints are drawn on traditional manuscript vellum, which is imported from England and made from the underbelly of a calf. He also uses a pen with a tip the size of a single human hair. Cool.

“We are honored to house the debut of this collection,” says gallery owner Paula Weyler George. “The hours of assiduous work that goes into these pieces is fantastic.” There will be an opening Friday night from 6-10 p.m. —Sara Havens

It’s time to end those crazy New Year’s resolutions and join the fun. You made it till March — that’s good enough for us. St. Patrick’s Day in Louisville always kicks off a week early, with the Ancient Order of Hibernians’ annual St. Patrick’s Parade in the Highlands. On Saturday, more than 100 floats and vehicles will roll down Baxter Avenue and Bardstown Road while onlookers wave and get doused with beads and candy. Watch those eyes! Festivities start at 3 p.m., and for the second year, the LEO bus will be part of the party. We can promise you two things — a sober driver and lots of beads. Also, the annual tapping of the keg will take place at O’Shea’s on Thursday around 6 p.m. —Sara Havens

While trying to describe The Danielson Famile’s brand of indie-pop-gospel, one fan says, “I’m in a metal band, and they freak me out. So, they’re doing something right.” Generally misunderstood by the Christian rock establishment, The Famile’s spiritual art rock was quickly adopted by indie music critics and the “outsider art” community alike. Headed by Daniel Smith, an eccentric singer/songwriter who often dresses as a fruit tree, the band’s crowded stage show features nurses and doctors who are meant to symbolize the lord’s healing power. One of those doctors was a young Sufjan Stevens. During his tenure with the Famile, Stevens saw his own meteoric rise eclipse Danielson’s scenester notoriety. (Steven’s 2005 album, Illinois, hit No. 1 on Billboard’s “Heatseeker Chart.”) The film “Danielson: A Family Movie” covers this ground and more, and will be screening at the 930 Gallery on Saturday. Danielson will perform live at the gallery on March 29, along with Brooklyn’s The Welcome Wagon. —J. Christian Walsh

Shilpa Ray and Her Happy Hookers hit hard. Their January release, Teenage and Torture, is a rage-fueled manifesto of a woman being commoditized and flung into America’s cultural blender. On record, Ray weaves howls and snarls around a thought-out assault of guitar, drums and bass, the last supplied by Louisville native Nick Hundley. Ray also plays harmonium — but the instrumentation veers off the rails sometimes, leading up to one of her great banshee wails. At times, she’s like a full-throated Courtney Love leading one of Lou Reed’s early bands, but that’s a helluva good formula if you have to pick one. Ray and band understand that they have to be wry and nimble to pull it off. —T.E. Lyons

“An exhibit should exemplify a level of free expression in society,” says K.A.S. gallery owner Tonya Smith. “Artists have the ability to break down the barrier between the viewers and the real world with close detail, suppressed and flamboyant emotion — and a clear alertness of color.” Thus the exhibition “Express Yourself” was born. The 15 regional artists in the show include Vlasta Smola and Debra Lott. Smola’s series, “The Other Side of Beauty,” has gone over to the dark side where comeliness isn’t so beautiful. Lott’s work is from her “Earth/Women” series. Her symbolic mix refers to pro-women imagery, such as Gaia, ecology and self-image. Her nudes are not a man’s sensual nudes but a woman’s — full of the journey that is part of the female sex. —Jo Anne Triplett

Brad Devlin must have heard this a million times, but if he weren’t an artist, he’d be called a junkman or hoarder. In reality, he’s a mixed-media artist whose palette is, well, junk. To avoid the inspiration-killing moments when he can’t immediately put his hands on the exact object necessary to complete his vision, Devlin has a myriad of things stuffed into bins, laying on the floor and hung on walls. Just in case.

“I had a thought that at some point I would just stop taking stuff, make work until what I had was gone and then start painting or writing or something,” says Devlin, whose latest series includes “synaptic,” cell-like structures resembling maps. That’s heavy science, but with Devlin’s sense of humor, things don’t get too serious. —Jo Anne Triplett