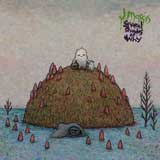 When artists make a sharp turn against what they’re most famous for, the result can show the breadth of that artist’s talent, or it can reveal an obvious deficiency. J. Mascis’ mostly acoustic outing, Several Shades of Why, isn’t a career peak by any means, but it shows that blown-out guitars aren’t the only trick in his bag. While some songs (“Not Enough,” “Too Deep”) reveal why hiding his voice behind sheets of noise is a good idea, when Mascis applies some of his electric ideas to acoustic settings, the results show how great those ideas have always been. “Listen to Me” and “What Happened” swirl, wobble and drive like the best of Dinosaur Jr., with Mascis’ melodic touch revealed in a starkness and beauty that seems fresh. It’s hard for a noisemonger to age gracefully, but J. Mascis may have found a way.