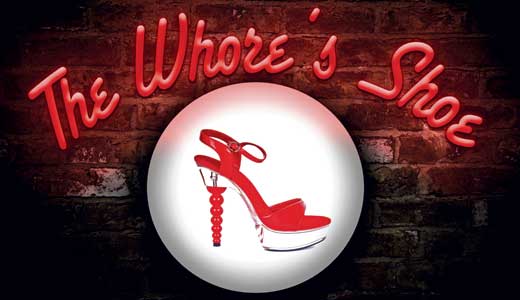 When Crystal D’Ambrosio lost her job as an exotic dancer, she didn’t know how she would make ends meet.

“It’s a juggling act, you know? I wasn’t sure if I could pay all of my bills, keep a roof over my head, and somehow stay in nursing school,” says the former weekend shift employee at downtown Louisville’s PT’s Showclub. “I definitely did not want to go back to waiting tables, that’s for sure. But since the law prevents me from earning a living by gyrating onto the crotches of strange men, I nearly got a job at Applebee’s.”

D’Ambrosio, 36-24-36, is one of a growing number of area strippers rendered unemployable by the city’s recently enacted adult entertainment ordinance, which places strict prohibitions on nudity, alcohol and other elements common to gentlemen’s clubs. According to anecdotal evidence and a first-ever surplus of LEO’s “petty” cash funds, an estimated 200 strippers have lost their jobs as a result, and the metropolitan economy has shed a further $26 million, largely in folded dollar bills.

“Nobody’s coming for my personality or my knowledge of medicine, I know that,” D’Ambrosio says. “But that job was my livelihood, and the Metro Council took it away from me because they think people commit crimes simply by gazing upon my awesome rack. It’s offensive, to be honest.”

Last week, however, D’Ambrosio
became the latest hired employee of “The Whore’s Shoe,” an adult-themed casino steamboat owned and operated by the Louisville and Southern Indiana Bridges Authority. As its own quasi-independent city state on the Ohio River, The Whore’s Shoe represents the first step toward a fully funded Ohio River Bridges Project, and is an attempt by the authority to capitalize on the mass exodus of strippers fleeing Louisville for the more dancer-friendly Southern Indiana.

“We’re very, very excited,” says Bridges Authority Chairman Charles Buddeke. “There have been a number of public-private funding scenarios that we’ve discussed, a lot of variables given the economic climate in the country, but none fulfill our vision, funding requirements or insatiable sexual appetites quite like a floating pleasure dome where social mores do not apply.”

“When you’re charged with shepherding a $4.1 billion project, you tend to need to let your hair down every so often,” Reagan recalls. “It seems like we came up with it right before Dave broke out the Polaroid but, I think, right after Mike vomited Jell-O shots all over this one chick. At any rate, we brought it to (Executive Director Steve) Schultz the next morning, and the rest, as they say, is history.”

The announcement of the new fundraising initiative comes nearly four months after Kentucky and Indiana Govs. Steve Beshear and Mitch Daniels and Louisville Mayor Greg Fischer proposed various changes to the project that they claim could shave upwards of $500 million off the project’s total price tag.

Fischer says that while he’s eager to save taxpayer money, exploiting women is not the way to go about it.

“I have to break with orthodoxy for a moment and say that even though the future of our regional economy depends upon these bridges, it’s not worth it to exploit our mothers and daughters just to pay cheaper tolls,” Fischer says, “even if those mothers and daughters look really hot in a g-string dancing to Warrant songs.”

Despite charges of sexism, the authority claims that The Whore’s Shoe can generate upwards of $1 billion in its first decade of operation, and that a further $2 billion can be generated by stripper-occupied toll booths placed on the Kennedy, Sherman-Minton and George Rogers Clark Memorial bridges. They also will include a free couch dance with every 20th bridge crossing, which may violate certain clauses within the Interstate Commerce Act.

“Just think, people will actually want to drive across that river and pay the tolls just to catch a glimpse of Ohio Valley beauty,” Buddeke adds. “Married men across Kentuckiana have personally thanked me on the street. We’re winning hearts and minds with this project once and for all.”

According to federal law, however, existing infrastructure cannot be tolled without special exemption from the U.S. Department of Transportation. Generally, the department rules that tolling of any existing bridge is tantamount to taxation, which is against the law.

Also unclear is the legality of stripper booths being erected along the length of the bridges themselves, which the Occupational Safety and Health Administration has decried as “not hot enough to warrant the stripper’s risk of personal injury.”

Yet in an exclusive interview with LEO, U.S. Department of Transportation Secretary Ray LaHood says that not only will the government grant the project an exemption to toll the aforementioned bridges, but that “he’s ready to throw down on some of that ass, no doubt, no doubt.”

“Yo, check out the funbags on that hosehound,” LaHood continues. “Officer sugartits: I got a bridge for you right here … in my pants.”

In light of LaHood’s enthusiasm, some have echoed Fischer’s and OSHA’s concerns that by relegating their profession to the margins of the economy, the city has effectively placed strippers outside the confines of law-abiding society as well.

“These are women without a nation,” says University of Louisville sociology professor Nadine Kowalski. “Their rugged, dare I say arousing, seabound collective exists beyond anything resembling terrestrial law and order, and is more akin to an aquatic anarcho-tribalist commune where might makes right and only the strongest dancers survive. It remains to be seen if their unchecked sensual prowess can be successfully harnessed by the forces of state capitalism, which put them out to sea in the first place.”

Kowalski says that within a few months, the crew of The Whore’s Shoe could be weaponized and demand its own slice of the bridges money, which authority executive director Steve Schultz believes isn’t likely to happen.

“Unlike the politicians in Louisville, we actually value the economic output of strippers,” Schultz says. “We plan to work with them to ensure that their lithe, oiled bodies do not revolt no matter how totally hot that would be. Remember, this is two bridges, one project and one army of scantily clad moneymakers.”

In all, D’Ambrosio says she is happy to be working again, even though politicians in her hometown don’t value her profession.

“People like to talk about the brain-drain here in Louisville,” she says. “I’d like to think that if I can’t get respect for maintaining a spotless, bleached anus 365 days a year, then maybe we don’t deserve these bridges at all.”