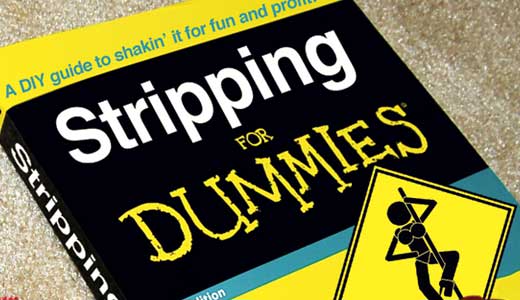 New Albanian Brewing Company, a local microbrewery and pub that specializes in hoppy and heavy craft ales, will hold a beer tasting Friday evening at its main location just off Grant Line Road in New Albany. Some of the beers that will be on hand include Natural Light, Miller Lite, Bud Light, Bud Ice, Keystone Dry, Red Dog, Busch and Old Milwaukee. “We’ll also be tapping kegs of both traditional Coors ‘banquet’ beer and Coors Light,” said NABC owner Roger Baylor. “This is definitely an if-you-can’t-beat-’em-join-’em move. If people are truly stupid enough to enjoy this urine soda, we may as well see if we can as well. Also, we figure that if our palates can actually detect a difference in any of this offensive swill, it will only improve our senses.” Baylor also said there will be food pairings as well as guest speakers, including noted beer expert John Holl, who will lead a 45-minute roundtable discussion about pairing Natural Light with cat shit.

Relive the days of yesteryear by seeing a cover band this weekend. Dance with one hand inexplicably held in the air, eyes closed, the other hand clutching a tepid Bud Light. Feel the groove when the band plays “Old Time Rock ‘n’ Roll,” then squeal and pack-dance with your drunk friends in the second set when they fire up a tuned-down version of “Brown-Eyed Girl.” Do at least three test-tube shots, then be sure to show your best duck face when someone snaps a photo of your staggering ass with their iPhone. When the band’s third set starts, scream “Pour Some Sugar On Me” at the top of your lungs and finish off your fourth domestic beer. You’re 37 and divorced, after all, and it was your birthday last month, so you deserve to hear some Def Leppard, goddammit. When the lead singer mouths the words, “Our bass player doesn’t know it,” scream at him, “Your band SUCKS!” Then gather your friends and go to Phoenix Hill Tavern to listen to some Creed covers.

If you’re looking for a free steak lunch, you’ll find it at PT’s. If it’s bare boobies you’re looking for, thanks to the city’s new adult entertainment ordinance, you’ll have to A) head to Indiana, or B) convince your lady to take it all off at home. We recommend the latter, and this is how it’s done:

Lookin’ for a good time but tired of the same old frat shit at Fourth Street Live and Baxter Avenue? Point your Volkswagen toward Dixie Highway and enjoy the delights the Shively neighborhood offers. Named after farmer Christian William Shively, who claimed the territory as his own in 1810, the bustling area of town is now host to a slew of dive bars and chain restaurants. Want to line dance to some karaoke? D.T.’s Bar & Grill is the place. Need some beer to go? Stop in at Ott’s Tavern and have a pint while they bag up your six-pack of Natty Light. If it’s tee you’re totaling, worry not. There’s a Louisville Free Public Library branch, a healthcare center and a Christian church to keep you occupied. Pick Shively, where the folks are lively.

Shout out to Hal Heiner

Hey Hal! It’s been a while since we’ve seen you out and about, so we just wanted to say hello. Ever since you narrowly missed out on the chance to serve as Louisville’s first Republican mayor in four decades, you’ve kept a low profile. On Sundays, you skulk into Southeast Christian, but you don’t even sing along. Even though we disagreed on some pretty critical issues — like, for instance, we love the gays — we always liked you. Perhaps it’s your pearly perma-grin or that endearingly goofy laugh or the fact that you seem to sincerely care about this city. Regardless, we just wanted to tell you to keep your chin up and relish the fact that Louisville isn’t going to hell in a hand basket on your watch. I mean, chemical spills, a $22 million budget deficit, historic buildings on the brink of destruction … it’s a hot mess up in here. So enjoy your freedom from civic responsibility.

Why watch vapid reality TV when you can watch government in action — live! — by attending a meeting of Louisville’s Metro Council? Bored to the brink of suicide? Tune into MetroTV to find out what happens when 26 legislators stop being polite and start getting real! Watch the riveting spectacle of your optimistic childhood notions of governance and the legislative process implode in an exciting firestorm of ineptitude and largess! Wish that you lived in an overtly totalitarian police state instead of putting up with this shit! Interested contestants can apply every two years, or whenever one resigns due to scandal.