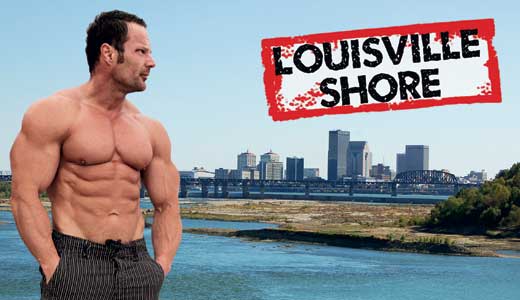 As voyeuristic Americans become increasingly obsessed with the dysfunction and depravity of others, several reality TV series filmed in Louisville are set to premiere on Kentucky Educational Television later this month.

In a major departure from the critically acclaimed independent films he’s backed in the past, producer Gill Holland is behind the crop of local reality programs, which include “Keeping up with the Binghams,” “Judge Katie King” and “Anne Northup’s Kentucky.”

“I’ve used my power for good plenty of times, producing thought-provoking indie flicks and documentaries on environmental issues,” Holland says. “But even great minds need to veg out every once in a while.”

Although the shows cover a variety of topics and demographics, Holland says they boil down to one underlying theme: “chronicling the misadventures, misfortune and misdemeanors of others for entertainment purposes. Oh, and there will be lots of sex, drugs and girl-on-girl violence, because that’s entertaining.”

Perhaps the most-anticipated new show is “Louisville Shore,” which will follow the vodka-fuelled escapades of eight unemployed, sexually promiscuous young adults living together in a cabin along River Road.

Then there’s “The Real Housewives of St. Matthews,” an “in-depth” look at the lives of six wealthy and fabulous women — Francesca, Muffy, Alexis, Madison, Blaire and Mary Katherine. When the ladies aren’t lunching at Louisville Country Club or carting their kids to Kentucky Country Day, they’re drinking too much white wine and gossiping about one another.

A new take on the classic true-crime show that usually ends with a shirtless, sweaty suspect face down in the gravel, “COPS: LMPD” turns the tables, focusing on the alleged misdeeds of Louisville Metro Police officers. From drunken bar brawls and looking at nude photos on a department-issued laptop, to tipping off suspects and falsely accusing defendants, the shenanigans are enough to make any sane viewer irate (although they’ll probably just make you laugh!).

Still in the pre-production phase is “Lockup Raw: The Karen Sypher Chronicles,” which is slated to air this fall.