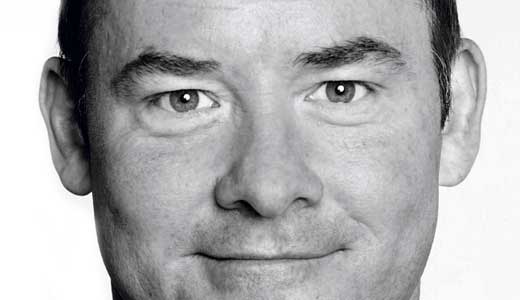 While Dave Koechner may not be a household name, he’s easily one of the most recognizable faces in comedy. The Missouri native studied at Chicago’s Second City Theater, was a cast member on “Saturday Night Live,” has played memorable characters in classic comedies like “Anchorman” and “Thank You for Smoking,” and has a recurring role on “The Office.” He’s stopping by The Improv this weekend.

LEO: I was surprised to see you doing stand-up. I always picture you more as an improvisational character actor.
DK: Yeah, that’s what I’ve done most of the time. There was an opportunity I had last summer when I had some down time. I talked to my agent and said, “Do ya think I could get into some clubs?” And she booked me in 11 right away. So I thought, “Oh shit, I better come up with an act.”

LEO: You’re a big user of Twitter. Why do you think it’s become so wildly popular?
DK: I think because it puts people in direct contact with another person. You feel like you’re having a direct conversation. Or you’re listening in on a conversation. You’re sharing thoughts. You know, that’s my observation on it, but everyone who’s on it and follows Twitter … my guess is that they have their own personal view of what it is. What do you think?

LEO: I don’t know. I think, as a writer, it’s an interesting challenge to create ideas in 140 characters.
DK: Right. That’s why I’m a little less interested in anyone’s tweets that are only about, “Hey, I’m having dinner.” I’m like … so? The challenge there, like you said, you’ve got to do something interesting or something at least striving to be enlightening … even if it’s not.

LEO: “Anchorman,” “The Office” and “Thank You for Smoking” are three of the most revered comedies of the last decade. Do you know great projects as they’re happening?
DK: Right … well, you never know. Halfway through “Anchorman,” we all kinda knew. We were like, “Ooooh, I don’t wanna say it, but this is kinda special.” We could tell. That was the thing about that picture, like we kinda knew when we were making it that this was uncommon. This isn’t everyday. This feels really good.

LEO: Was it kinda like, “You never talk about a perfect game while it’s going on”?
DK: Yeah … exactly … great analogy.

LEO: For the record, Bobby Jay Bliss, the gun lobbyist in “Thank You for Smoking,” was brilliant.
DK: Well, thank you. I was really happy with how my performance turned out. It goes back to (being) based on a brilliant book, and Jason Reitman is a really, really good director.

LEO: Being from the Midwest, was it easier to identify with that character?
DK: Oh yeah … (laughs) … there wasn’t a whole lot of breakdown needed in terms of studying who this guy is. Kinda like putting a on a pair of gloves and going, “Yep … these fit.”